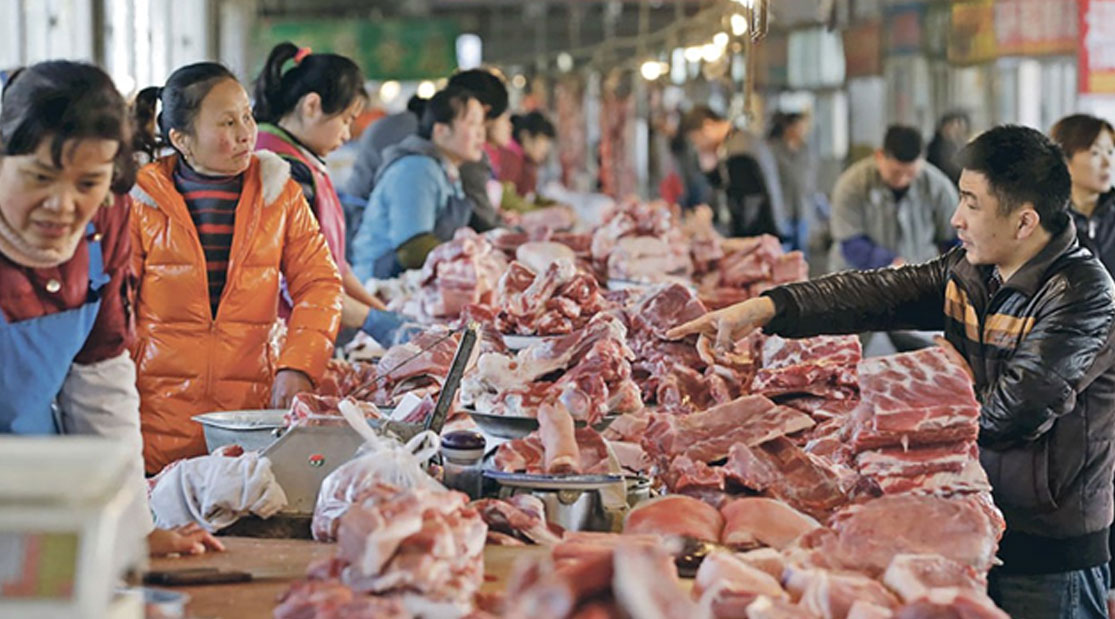 ISLAMABAD: Pakistan is all set to venture into the $12 to 15 billion China’s meat market under the two agreements recently signed with the neighbouring country, the food minister said on Wednesday.

The two countries signed two agreements on agricultural cooperation and foot and mouth disease (FMD) free zone during a three days visit (26 to 28 May) of Chinese president to Pakistan.

Minister for National Food Security and Research Mehboob Sultan said the country would move from stage two to stage three towards the control and eradication of FMD by developing FMD free zones in Pakistan.

“This would also open big markets of China and Indonesia for Pakistan meat,” Sultan told media.

China’s annual meat requirement is worth $12 to 15 billion. Currently, meat from Pakistan is exported to Gulf countries, Vietnam and Malaysia.

“The government is focusing on expanding the Pakistan’s meat market and this five years agreement with China will help us achieve the desired results not only in the meat market but in agriculture sector and will be mutually beneficial,” the food minister added.

The purpose of China-Pakistan’s agreement is the establishment of FMD free zone where vaccination would be practiced.

The FMD free zone will be constructed within the territory of Pakistan according to the agreed common requirements of the parties, and the Chinese side would provide technical assistance and support.

Currently, China is the 4th biggest export market of Pakistan. Agriculture is a vital industry in China, employing over 300 million farmers. Despite accounting for only 10 percent of arable land worldwide, it

produces food for 20 percent of the world’s population. Pakistani government is also expecting to get an opportunity to cooperate with China in the field of agriculture at the platform provided by Shanghai Cooperation Organisation.

China is further likely to lift three years long ban on import of Pakistani rapeseed meal into China once a protocol proposed by the Chinese government would be signed.

The agreement holds an important position in the backdrop of China-Pakistan Economic Corridor framework and promotes cooperation in the areas of mutual interest in the field of agriculture.

The goals set in the agricultural framework agreement would be achieved in next five years and would cover extension services of agricultural technology and inputs, remote sensing and geographical information system and food processing and pre-and-post-harvest handling.

The agreement also covers storage of agricultural produce, genetic resources of crops, livestock and poultry, selection and breeding of new breeds of animals and new varieties of plants, feed fisheries and aquaculture, research and development of new high-yield varieties, precision agriculture and pest and disease control.