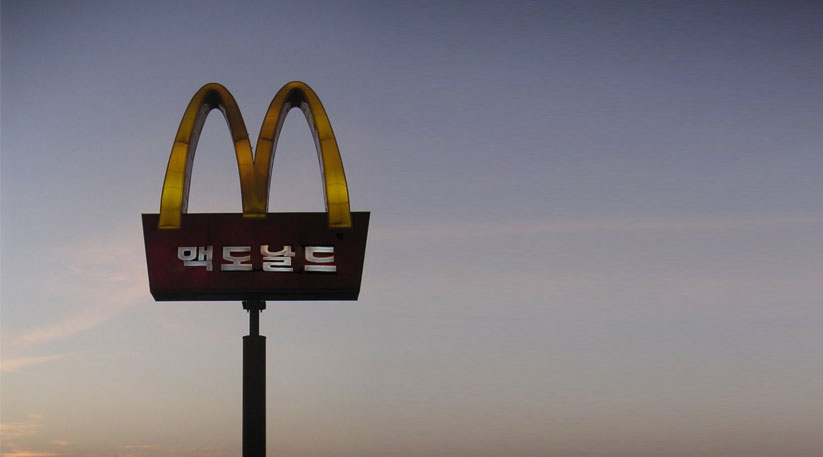 WASHINGTON (WASHINGTON POST) – It is little more than a footnote in the back-and-forth over the planned North Korea summit – but the rumour of a McDonald’s in Pyongyang is juicier than a three-patty Big Mac.

North Korean leader Kim Jong Un may allow a “Western hamburger franchise” into the country as a show of goodwill to the United States, according to an intelligence report described by US officials to NBC. That follows remarks by South Korean adviser Moon Chung In in late April, who said that North Korea might be interested in welcoming a McDonald’s as tensions ease.

Compared to the threat of nuclear war, of course, a Pyongyang McDonald’s seems like small fries. But experts and history suggest there’s more at play here than one token franchise.

McDonald’s has long been seen as a symbol of Western culture and capitalism – particularly in communist countries. And its expansion into China and Russia was seen as a landmark in the 1990s.

“This has happened with a number of different communist cultures,” said Jenny Town, a research analyst at the Stimson Centre and the managing editor of 38 North, an academic news site about North Korea.

“Once they start to get different points of contact with the West, it changes their views – and it usually starts with McDonald’s or Coca-Cola.”

From its earliest days, McDonald’s has been more than a fast-food restaurant. It is also a vector for American culture and a powerful symbol of globalisation.

In the 1970s, when the chain expanded into Europe, it used the tagline “United Tastes of America” in its ad campaigns. It also promised to bring all-American business values – speed, standardisation and ruthless efficiency – to the countries where it operated.

In his book “Grinding It Out: The Making of McDonald’s,” founder Ray Kroc calls the company “my personal monument to capitalism.”

That may explain why the company’s expansion into communist countries has been treated as a milestone in the past. When Moscow got its first franchise in 1990, Russians waited in line for hours to eat at what USA Today called “this city’s new symbol of capitalism.” (Even the recent finale of FX’s “The Americans,” a show about Russian spies in the United States, includes a dramatic McDonald’s visit.)

Not long after its Russian debut, McDonald’s began popping up in Beijing and Shenzhen. Chinese customers hated the food, ethnographer Yan Yunxiang found, but loved the aura of prosperity and progress.

“In the eyes of Beijing residents,” he wrote in 1997, “McDonald’s represents Americana and the promise of modernisation.”

But could McDonald’s represent even more than that? In 1996, New York Times columnist Thomas Friedman floated for the first time what would become a fairly infamous theory: Two countries with McDonald’s restaurants would never go to war, he said, because they shared globalised, middle-class economies.

The prediction came at an apt moment: McDonald’s was in the midst of what one analyst at the time called a “mind-boggling” global expansion. Between 1967 and 1987, the chain expanded into an average of two countries per year. By the mid-90s, the pace had accelerated to 10 countries – most of them “communist, ex-communist and developing,” according to the Economist.

But proud as McDonald’s may have been of its breakneck growth – in 1996 Belarus became the chain’s 100th conquest – Friedman’s theory on the pacifying powers of the Golden Arches was promptly disproved.

Critics pointed out that McDonald’s had not stopped the United States from invading Panama in 1989. Several other McDonald’s countries have also tangled since then, including India and Pakistan (1999), Israel and Lebanon (2006), Russia and Georgia (2008) and Russia and Ukraine (2014). (Friedman was not immediately available to comment.)

Tellingly, McDonald’s itself became a target of political ire during that last conflict. After Russia annexed Crimea, forcing three McDonald’s to shut down, a nationalist politician called for the closure of all the chain’s Russian locations.

“I want them to get out of my sight,” Vladimir Zhirinovsky said. “Then we will deal with Pepsi-Cola” – another highly symbolic American brand.

Even though Friedman’s theory hasn’t held in its specifics, experts say there is something to the notion that greater cultural and economic ties between countries can reduce conflict. Friedman’s idea jibes in some ways with a popular theory in international relations, which argues that capitalism promotes peace in part because countries share foreign policy goals when they compete on the same open market.

Separate from that, Town, of 38 North, said McDonald’s can expose people to a side of the US with which they may be unfamiliar. That can help moderate negative views in places such as North Korea, where anti-American propaganda is widespread.

Town said she thinks it would make sense for McDonald’s to open in Pyongyang. It would probably be popular: North Korea has approached McDonald’s about franchising in the recent past, she said, but has had to turn to Singaporean burger knockoffs instead. (A spokesman for McDonald’s did not respond to a request for comment.)

Kim Jong Un is also believed to like burgers: In 2011, a South Korean newspaper reported that his father regularly had McDonald’s flown from China on Air Koryo jets.

And President Donald Trump is, of course, a big fan of fast-food as well. According to NBC, Kim hopes to open a chain in Pyongyang in part to cater meals for future bilateral conferences.

But Kayla Orta, an analyst in the History and Public Policy Programme at the bipartisan Wilson Center, said she could not imagine that happening.

“Perhaps the day we see American-style fast food restaurants in North Korea will be the day cultural diplomacy triumphs,” she said. “But we’re a long way off from that day.”