North Korea is Launching Its Own Whisky Brand 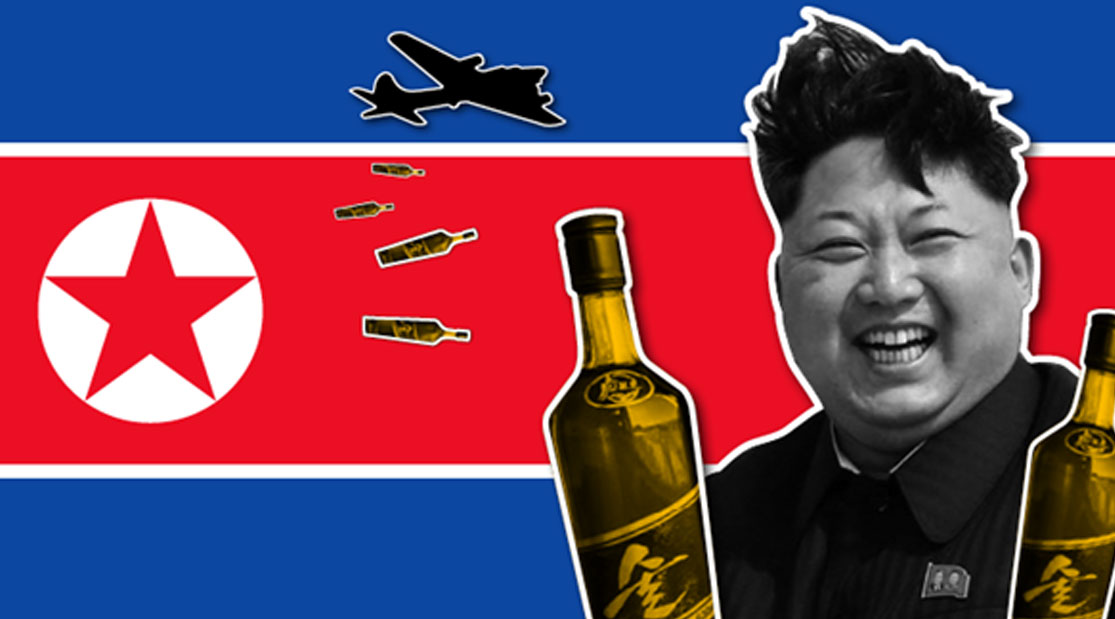 A North Korean distillery has created its own brand of whisky and aims to launch it by the end of the year, according to a foreign tour group that recently enjoyed its first dram.

The Samilpo whisky bottle is based on the characteristic square design of Scotland’s Johnnie Walker, a popular brand in North Korea, said Young Pioneer Tours, a company based in China which organises visits to the reclusive regime and other places “your mother would rather you stayed away from.”

The distillery, which opened its doors to the YPT, plans to sell three different types of its whisky in a similar format to the international best-selling Scottish brand – a 40% “black label”, 42% “red label” and a 45% strength, which is not yet available.

One taster described the liquor as a “very interesting start” but added: “It definitely needs to be aged a little longer.”

The name “Samilpo” evokes one of North Korea’s most glorious beauty spots, the Samilpo Lake, near Mount Kumgang in the country’s southeast.

South Korean media reported that the mysterious spirit may become North Korea’s first venture into a whisky market that has been long-dominated by Scotland, Ireland, the US and Japan.

Its unique selling point could be the unusual claim that its 15 types of amino acids, including eight essential amino acids, provide a health benefit that reduce harm to your liver and counter the negative side effects of alcohol abuse.

Other vital details, including the age of the whisky or the types of grain used by the distillery, have not yet been revealed.

North Koreans enjoy a tipple, although traditionally tend to favour soju, a more affordable colourless liquor made from rice, wheat or barley.

Beer is also enjoying a rise in popularity. Taedonggang Beer, the most famous local brew, also claims to promote the “health and longevity of drinkers,” reported the BBC, citing a brochure obtained by the Koryo Tour group.

Taedonggang began to thrive at the turn of the century when North Korea bought, dismantled and shipped a defunct Ushers of Trowbridge brewery from rural Wiltshire to their port city of Wonsan, said a report in the NK News.

Meanwhile, Heineken is among the foreign beers and alcohol that are not officially marketed but which have become available in the capital, Pyongyang, with an entire bar dedicated to the brand.

The YPT believes Samilpo will arrive soon in Pyongyang’s downtown Gwangbok department store, which sells a vast range of local and foreign products to the North Korean elite.

Its price of $15 a bottle makes it more within reach for budding whisky connoisseurs than current foreign options on the shelves. A bottle of 21-year-old Ballantynes whisky spotted by the Telegraph in the store last November cost $120, while Chivas Regal, 12 years, was sold for $30.

The tour group claims that Samilpo’s owner aims to export his brand as soon as the political situation in the country, which faces global sanctions over its nuclear weapons programme, improves.