Malaysia Is Now a Producer of Caviar 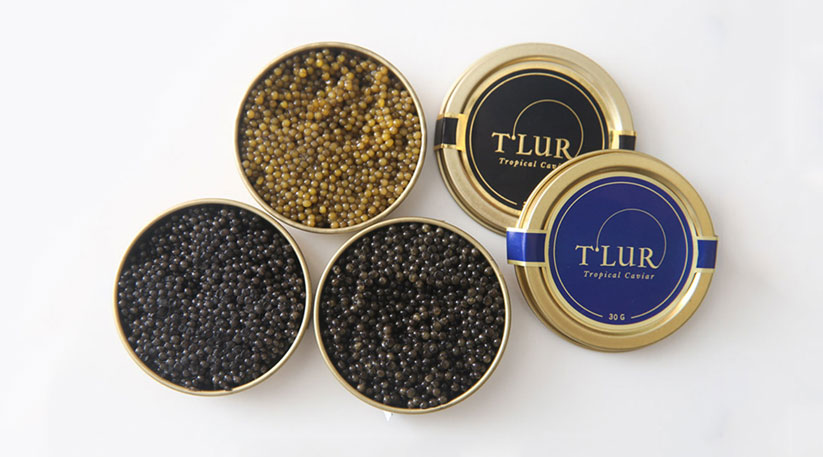 PETALING JAYA — When it comes to food, Malaysia may be known for their nasi lemak and char kway teow but caviar?

Touted as one of most luxurious food items, caviar is farmed from sturgeon fish. Labelled as “black gold”, these shiny black fish eggs have a close association with Russia.

Not only is it farmed there, the Tsars were famous for consuming the luxurious item. Now, China has swooped up the crown as the biggest producer of caviar (in 2017, they produced 85 per cent of the world’s caviar!).

But quietly there in their backyard, a little-known farm — hidden in Tanjung Malim, Perak — caviar is being harvested from sturgeon fish raised there.

The plan was to raise sturgeon fish for the local market. Against all odds, the fish that originates from cold weather, survived in the tropical weather.

By 2011, the fish was made available to Chinese restaurants. Their survival baffled the experts.

When asked about the possibility of caviar, the experts said it was impossible as you will get male fish from the fertilised eggs.

Out of the 27 different species of sturgeon found in the world, the farm rears six. About three years back, signs of caviar started appearing.

As the numbers grew, Lim knew it wasn’t just a one-off fluke. Determined to make it work, they brought in a German expert to scan the fish.

To their astonishment, out of 200 fishes scanned: majority were female and about 60 had signs of caviar!

This sealed the deal for Lim. He pushed ahead for Malaysia’s first-ever tropical caviar, marketed under the T’lur Caviar brand.

Started in December last year, T’lur Caviar does everything in-house, from the harvesting to the preparation of the caviar, where it is cleaned and cooked with Himalaya salt (about 2.8 per cent).

Two varieties are offered, the Amur and Siberia. The Amur is farmed from the Amur sturgeon while the Siberia is a hybrid, where two different species are matchmade together. You will discover that the Amur has a cleaner, lighter flavour while Siberia has a slightly stronger flavour.

For the ultimate taste, there’s the ultra rare Gold Amur caviar — a lucky evolution of sorts.

“Out of 100 to 1,000 fishes, you can only get one,” explained Lim. It’s not available at this moment but who knows, T’lur Caviar may strike it with another batch.

To convince you to pursue this rare ingredient, tastewise, the Gold Amur is in a class of its own with a creamier texture and a slight nutty flavour.

For caviar that is produced in Russia, they add preservatives to extend their shelf life. It is also pasteurised which affects the texture, making it similar to a hard boiled egg.

What is unique about T’lur Caviar is the caviar is marketed purely fresh. Hence, the caviar has a softer and more natural texture.

Without any preservatives, the caviar has a two-month shelf life.

For businesses that want to purchase bigger quantities, the caviar can be delivered fresh from the farm. T’lur Caviar’s Shaun Simon, who is in charge of marketing, advised businesses can sign up for an account with the company.

Depending on how much they require, they will harvest it upon order and deliver a fresh batch of caviar. For interested individuals, you can also contact them directly to purchase a tin of caviar.

As the sturgeon have reached maturity and their farm has a whopping 20,000 fishes, production is consistent. Currently, Lim tells us, they are harvesting up to 40 to 50 kilograms of caviar on a monthly basis. Plans to expand the farm is also in the works.

Usually caviar is eaten on its own or traditionally paired with scrambled eggs and blinis. Currently, T’lur Caviar is working with various F&B places to develop some unusual recipes to showcase the unique taste of the caviar.

Shaun reveals that some interesting flavour combinations have been achieved by Chef Chai Chun Boon of Copper Restaurant in Kuala Lumpur. This includes Copper’s special fried chicken served with a dollop of T’lur Caviar.

“It tastes really decadent and you will feel you are being spoiled,” said Shaun. Even desserts can get a touch of caviar. A combination of T’lur Caviar with chocolate and ice cream gives you an irresistible salty and sweet taste.

As T’lur Caviar is still tinkering around, you may also get a completely local product… caviar using Bario salt!

Shaun explained, “We want to use local products and create that local flavour so we’re experimenting with it.”