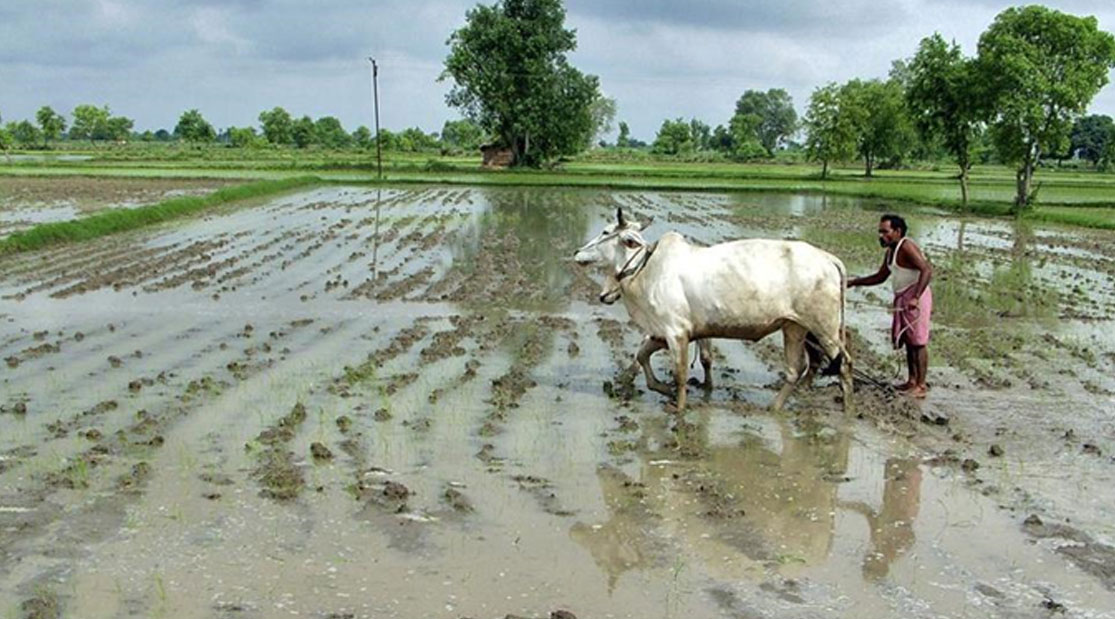 CHANDIGARH: India’s rice production is likely to shrink this Kharif season due to delayed monsoon rains and farmers’ shift to alternative crops.

The world’s second-largest producer of the cereal has seen a harsh summer this year. Scanty summer rain and heatwave has forced farmers in large areas of the rice-growing states to defer transplantation of paddy.

To tackle the dry weather, these farmers are opting for early-maturing varieties of rice and most have delayed transplantation of paddy, according to experts. In Uttar Pradesh and Punjab—the major rice-growing states—transplantation has been carried out on less than half of the area covered last year.

Scanty rainfall has affected sowing of paddy in south India, where the season sets in early. The area of cultivation has come down by 5-7% in Tamil Nadu and Andhra Pradesh where sowing commences in April-May.

Normally, monsoon arrives by June 1 in India in Kerala, but this year it has been late by a week. Cyclonic storm ‘Vayu’ has further subdued the weather, restricting precipitation to less than half in most states.

“Farmers in Uttar Pradesh have delayed sowing of paddy in light of the forecast of delayed monsoon and many are opting for early maturing varieties,” said Soraaj Singh, director of agriculture in the Uttar Pradesh government. He said farmers could delay paddy transplantation by up to two weeks before deciding to cultivate alternative crops in the state.

Other experts said farmers are likely to turn to crops like pulses, oilseed, pearl millet and maize to cope with late arrival of rains, while a dry weather and fall in acreage is likely to shrink the output of rice in the current season.

Although India has a surplus buffer stock for food security following a record rice harvest of 115.6 million tonnes in 2018-19, a severe drought could spike prices and hurt exports from the country. Rice is one of the major export items.

“Rains have been below normal at the start of summer season and it reduced acreage of paddy by 7-8% in districts where sowing commences in April-May,” said a senior agriculture official of Tamil Nadu. Paddy is the key kharif crop in nine states—Uttar Pradesh, West Bengal, Punjab, Haryana, Andhra Pradesh, Tamil Nadu, Bihar, Chhattisgarh and Assam.

Although Punjab, the largest contributor of the cereal for public distribution system, had advanced transplantation of paddy from the usual date of June 15, recommended under the Soil Water Conservation Act 2009, the prevailing dry weather has not allowed many farmers to expedite sowing. Farmers in Punjab are expected to bring down the area under regular rice to 28 lakh hectares, compared with 31.4 lakh hectares last year, opting mainly for cotton.

“We have urged farmers to delay sowing, wherever it is possible, as the monsoon forecast has indicated late arrival of rains,” Punjab agriculture director Swatantar Kumar Airy said.

Also diversification of crops drive is likely to reduce the acreage under normal rice cultivation in Punjab and Haryana. “We are running a pilot project to shift area from paddy to maize and other crops to check exploitation of underground water,” deputy director of agriculture Anil Sherawat said.

A further delay in rains would also curtail acreage in UP, the country’s largest producer of rice. “Even though most of the 60 lakh hectares usually covered under paddy is irrigated by canals and groundwater in Uttar Pradesh, the prevailing high temperature is not conducive for rice cultivation and increases the input cost for farmers,” said Ram Shabad Jaswara, deputy director to the Uttar Pradesh agriculture department. Lack of rain traditionally shrinks the area of paddy cultivation by 1 lakh hectares, he said.

Monsoon usually arrives by June 20 in UP—the second-largest producer of the commodity. “Rains cut cost of cultivation for farmers and also save water,” said Ramesh Yadav, a resident of Ambala who plans to sow paddy on 4 acres.