KFC Indonesia Is Selling Chicken Skin – Without The Meat! 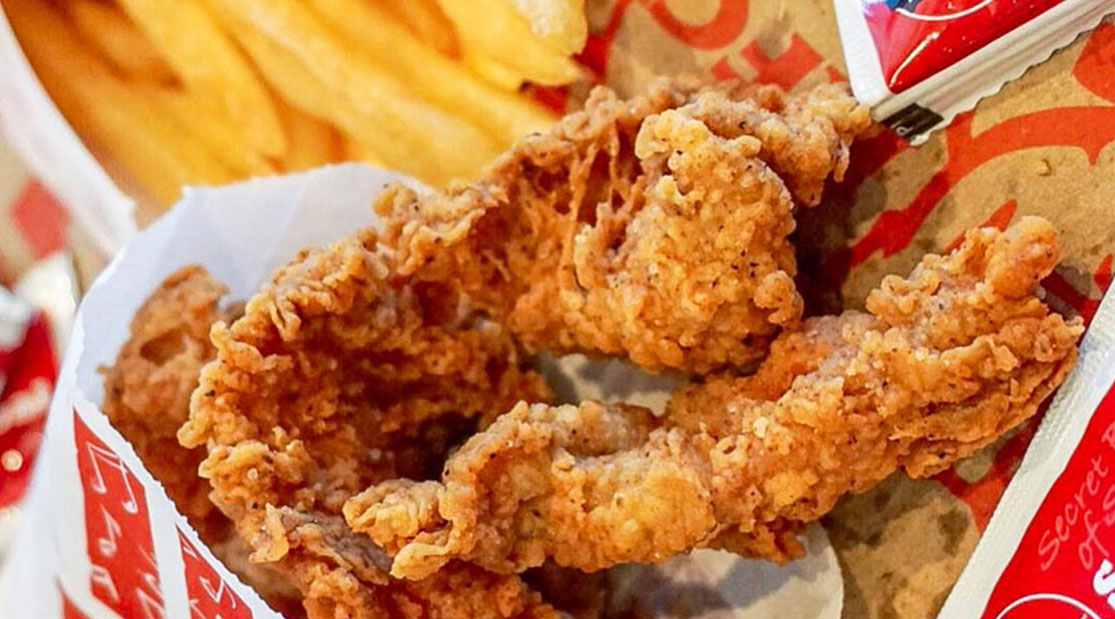 It’s genuinely fascinating to see the items on menus in famous fast food chains across the globe – whether that’s the stuff you’re jealous of or the things you’re completely baffled by.

McDonald’s in Italy sells fries with cheese and bacon (which is obviously such a simple combination, so why don’t we have it elsewhere?), while McDonald’s Australia also launched apple pie-flavoured McFlurries last year so customers could merge two of their favourite desserts into one tasty mouthful.

Canadian Burger King restaurants serve up poutine – the country’s national dish, which sees chips and cheese curds smothered in gravy. I know, the rest of the world would LOVE that.

A post on Instagram also listed KFC MT Haryono in Jakarta as another spot where you’ll find the new creation.

The fries are basically just like fried chicken pieces, just without the actual flesh inside – leaving the signature-spiced coating that KFC is famous for. The best bit, in my opinion.

Mind you, the response on social media has been mixed. While one KFC fan said they were ‘overjoyed’, another admitted they were a little disappointed, commenting: “I prefer to buy the chicken, then eat the skin directly from there.”

Someone else wrote: “Some say it’s too salty, others that it’s not salty enough. For me it tastes spicy savoury.

“It’s different to what you’d expect as it’s not the same as normal chicken skin, but the first bite is good. It’s really crisp and crunchy! I’ll definitely order again as a snack.”

Another urged KFC to roll the product out elsewhere, writing: “If the response is positive, it must be distributed throughout Indonesia.”

According to The Sun, KFC has previously trialled a similar snack made of fried chicken skin called ‘Cracklings’ in the Philippines.

However, there’s no news of anything similar elsewhere just yet, so you’ll just have to jump on a plane to Indonesia.