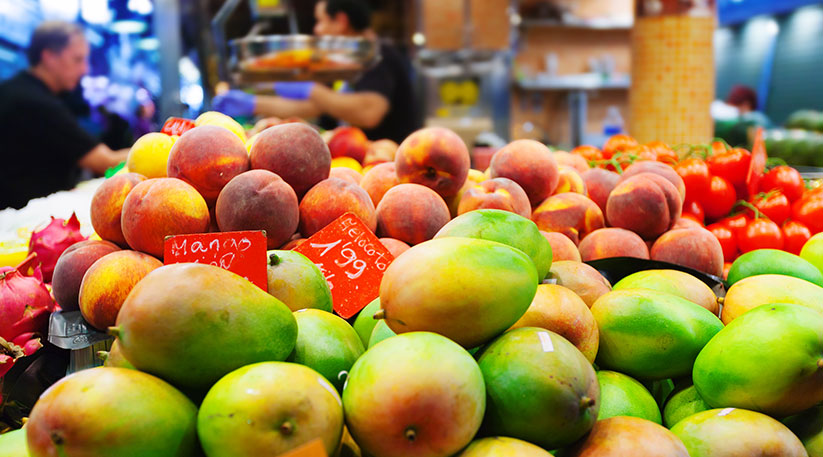 JD.com, one of the two major ecommerce platforms in China, followed the steps of its rival Alibaba and launched its first offline high-tech supermarket in Beijing last week.

Running under the name of “7Fresh”, the supermarket chain officially opened on Thursday is the first physical fresh food retailer operated by JD.com, which is boosted by the use of a mobile app, digital payments, and a number of high-tech features, according to a NetEast report.

About three quarters of products sold in the supermarket are fresh food. Users can also order via the 7Fresh app to have goods home delivered within 30 minutes for those living within 3 kilometres of the store.

The first 7Fresh store is located near JD.com’s headquarters in Yizhuang, a district of Beijing. The 4,000 square metre supermarket offers smart shopping carts which can reportedly follow specific consumers and avoid obstacles automatically. The carts are able to queue at the counters automatically when finished.

All the detailed information of fruit including its name, origin, sweetness, and other guidance will appear just by swiping it to a nearby scanner. The market also supports on-site cooking, allowing a customer to have their meat or seafood cooked inside the supermarket.

7Fresh supports nearly all types of payment methods in China including cash, credit card, WeChat payment, as well as payments completed through facial recognition, according to the report.

A president of 7Fresh told media that the supermarket has welcomed over 10,000 customers each day during the first six-day trail operation. JD.com plans to open as many as 1,000 similar stores in China over the next three to five years.

Alibaba, which opened its first Hema supermarket in Beijing in June 2017, said it plans to 30 more similar stores in the city this year, other Chinese reports suggest.