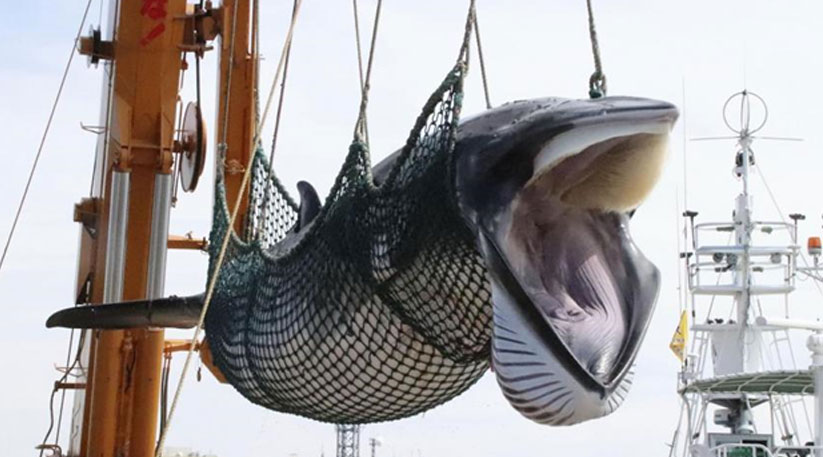 Since restarting commercial whaling in July for the first time in 31 years, the government has set a quota of 53 minke whales through late December to prevent overhunting, with 33 of them allocated for coastal whaling.

The Japan Small-Type Whaling Association estimates this year’s hunting of minke whales in Japanese coastal areas could wrap up at the end of September.

Early Monday, five small-sized whaling vessels operated by six companies departed Kushiro port in Hokkaido. They returned to the area after operating for around one week following the restart of Japan’s commercial whaling on July 1 upon the country’s withdrawal from the International Whaling Commission.

“We’d like to catch many whales and have consumers eat fresh meat,” said Takashi Takeuchi, 41-year-old captain of a whaling vessel from Taiji, Wakayama Prefecture.

“September is the best season when whales with plenty of fat are caught. I’m looking forward to the hunt,” said Yoshifumi Kai, 59, head of the whaling association.

After the initial operation in waters off Kushiro in July, the fleet had moved to catch Berardius whales off Minamiboso in Chiba Prefecture and other places before returning to Hokkaido.

As for offshore operations based in Shimonoseki in western Japan’s Yamaguchi Prefecture, the catch of Bryde’s whales reached the initial quota of 150 in late August, and the Fisheries Agency added 37 whales to the quota. The whaling operators are expected to finish hunting in early October.

In the resumed commercial whaling, Tokyo says it will hunt whales in nearby waters and within its exclusive economic zone.