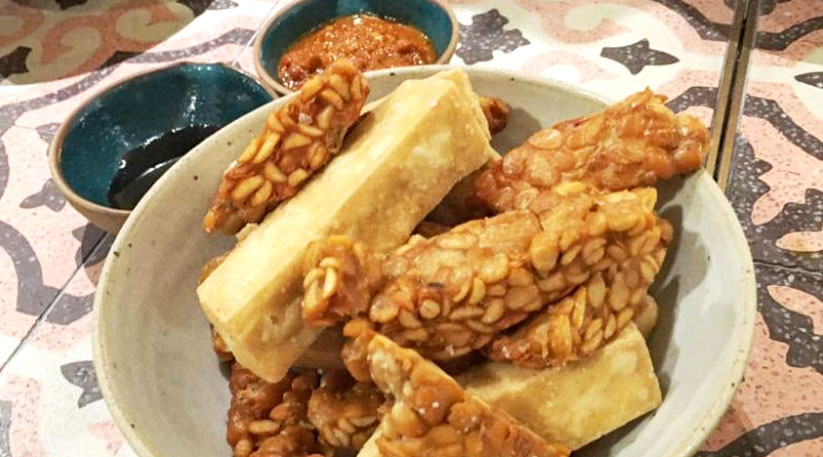 Tempeh will be proposed as a Unesco intangible cultural heritage in 2021.

Mr Made Astawan, head of the Indonesian Tempeh Forum, said tempeh must first be acknowledged as a national cultural heritage.

“We are grateful that tempeh was recognised by the government of Indonesia as a national cultural heritage last October. It convinced us to aim for Unesco 2021 to attain international recognition,” he told Tempo.

“Since batik was recognised by Unesco in 2009, the young generation has shown a great interest in wearing batik,” he said.

He expressed hope that Indonesian youths would become more enthusiastic about eating tempeh, seeing that it is widely served in hotels, included in in-flight meals, and has been accepted in countries such as Japan, the United Kingdom and the United States.

He felt certain that tempeh would be accepted by Unesco as an admission from Indonesia even though it was also proposed by another country.

“We provide strong evidence, namely in the Serat Centhini tales that states tempeh has been around since the 16th century,” he added.

“Making tempeh is easy and inexpensive, but the difficult step is meeting the standard. So we must improve our production means, such as by wearing gloves or using stainless steel drums instead of used ones,” he said.

“Tempeh is always used as a symbol of tradition. In Yogyakarta and Sleman, it is a part of tumpeng (a cone-shaped serving of yellow rice with assorted side dishes) at special events,” he said.

Presently, only around 30 per cent of soyabean comes from local farmers, while 70 per cent is imported. Ngadiman expressed hope that the government would take a more active role in tempeh production, for instance by improving local soyabean production to reduce the country’s reliance on imported soyabean.