India’s Frozen Dessert wants to be labeled as Ice Cream 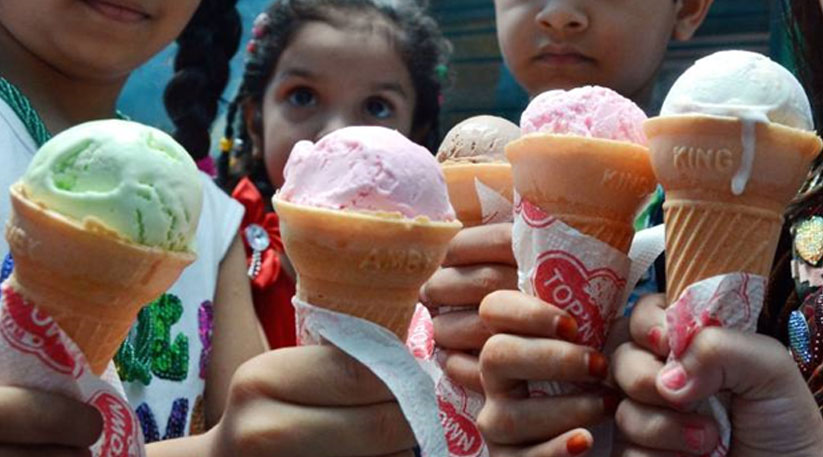 In what could bring the curtains down on the prolonged cold war between icecream makers and manufacturers of frozen desserts, experts at the food regulator have gone back to the drawing board to see if the nomenclatures need to be redefined.

Food Safety and Standards Authority of India officials held a meeting with experts and stakeholders on the matter that led two major firms to court in 2017.

Frozen dessert firms cited examples of countries that termed ice-cream with dairy fat as dairy ice-cream and those with vegetable oil as ice-cream.

The Indian Ice-Cream Manufacturers Association (IICMA) has asked FSSAI to align its rules with global norms, where frozen desserts is an umbrella term for ice-creams, frozen yoghurts and other desserts in frozen form.

“For frozen desserts in India, the source of fat is the only reason for classifying it separately, while this is not the case for other products like infant formula, biscuits, chocolates, etc. Why this bias against frozen desserts?” asked a representative of the IICMA.

The group of experts that met recently has sought fresh ideas and more details from frozen dessert manufacturers.

“This issue has been going on for a very long time. We hope to conclude it soon now. In some European countries and South East Asian nations, there are provisions where frozen desserts are also called ice-cream – we are looking at the norms and practices adopted by other countries,” the official said.

The experts are also referring to the Codex Alimentarius, a collection of global food norms. “They have nomenclature for dairy products. At this point of time, the Codex doesn’t have any standards for ice-cream. According to the Codex, ice-cream can’t be conceded as dairy,” said another official.

“The FSSAI regulations make it mandatory for the frozen dessert industry to mention if the product in question is frozen dessert or ice-cream on the packaging to make an informed choice. However, both are safe,” said FSSAI CEO Pawan Aggarwal.

It is mandatory to declare the per cent of milk fat/edible vegetable oil/fat and vegetable protein products on frozen desserts. However, manufacturers have shied away from such labelling and while they have time until the nomenclature issue is resolved, they have to mention them in list of ingredients. Ice-cream makers allege the frozen dessert industry is masquerading its products as ice-cream. Ice-cream manufacturers also claim that except for Amul, Mother Dairy and a few others, firms including Kwality Walls and Vadilal sell frozen desserts, not ice-cream. They contend that a change in nomenclature will only benefit companies including Hindustan Unilever Ltd. that sell frozen desserts.

An HUL spokesperson said the company is aware that the issue is under consideration. “HUL has always complied with the regulatory norms and will welcome the outcome. As this is an industry issue, Indian Ice-Cream Manufacturers Association is representing nearly 80 ice-cream manufacturers, including HUL.”