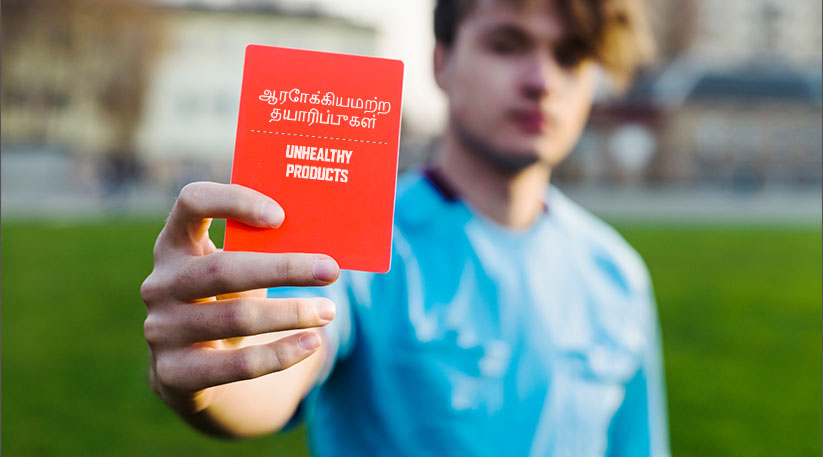 An expert panel has been set-up review India’s proposed new packaged foods labelling rules, which include controversial plans to for red labels to be added to products high in fat, sugar and salt.

Regulator the Food Safety and Standards Authority of India (FSSAI) established the three-member committee after food firms expressed concerns about the proposals.

The draft regulations ​stated that packaged food manufacturers and firms are required to declare nutritional information such as calories (energy), total fat, trans-fat, total sugar and salt per serve, as well as per serve percentage contribution to the recommended dietary allowance (RDA).

Other requirements in the comprehensive set of guidelines include a symbol on the label indicating whether it is vegetarian or non-vegetarian food (a green triangle or brown circle, respectively).

Most significantly, it would be mandatory for food products with high fat, sugar or salt content to display a red-coloured mark on the front-of-pack label.

It added: “ The Food Authority may introduce colour coding system in addition to marking of foods as ‘Red’ within the specified thresholds from time to time.”​

Furthermore, it stated that it would be prohibited for HFSS food products to be advertised, in any form, to children.

However, Pawan Agarwal, FSSAI CEO said the plans would now be looked at again, despite the draft already being  sent to the Health Ministry for finalisation.

“Industry stakeholders have expressed concerns,”​ he said. “So we have decided to set up a a panel of experts with health and nutrition background to look into the draft regulations.”​

Despite this, it is though highly unlikely that the regulator will backtrack significantly on the plans.

Regulators believe the new rules will provide consumers with greater information, something deemed vital to curb the nation’s rising cases of obesity and diabetes.

Industry, however, will continue to lobby against the plans and will point to voluntary measures it is already taking to improve the nutritional content of products, while also increasing consumer education.

It aims to encourage citizens to make healthy food choices, while also ‘nudging’ firms to promote healthier food options and provide better nutritional information to consumers through the phasing out of trans-fats in food products (by the edible oil industry, bakeries and halwais​) by 2022, and the reformulation of products by major food firms to reduce the content of sugar and salt in packaged food.

Some of the companies which have committed to this effort include Baggrys, Britannia, Fieldfresh, Del Monte, HUL, Kelloggs, Kraft Heinz, Nestle and Patanjali.