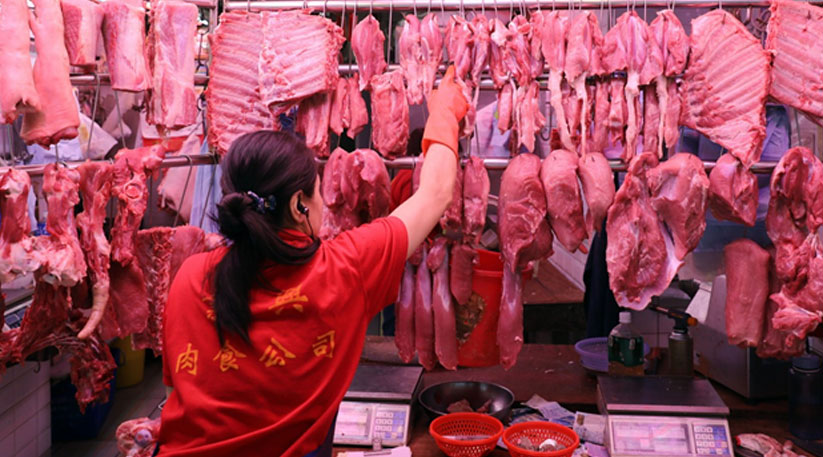 Hong Kong is looking into importing live pigs from countries in Southeast Asia, including Malaysia, to supplement a dwindling supply from mainland China that has caused pork prices to surge, Food and Health Secretary Sophia Chan said Nov. 20.

The city had been importing 4,000 pigs a day from mainland China for slaughter by local processors, but that number began declining late last year and has dropped to just 1,700 per day after deadly African swine fever ravaged China’s hog herd. The disease, for which there is no vaccine, isn’t harmful to humans.

Pork retail prices in Hong Kong more than doubled to HK$159 (C$27.01) per kg in the year to September, tracking soaring prices in China. The city’s 7.4 million people consumed about 550,000 tonnes of pork last year, according to United States Department of Agriculture data, more per capita than most other countries.

In a written response to a question raised by a member of Hong Kong’s Legislative Council, Chan said the city had been in contact with authorities in Thailand, South Korea and Malaysia to express an interest in importing from those countries.

“As importation of live food animals entails public health and food safety considerations and the outbreaks of African swine fever in the neighbouring countries are emerging, we have to exercise caution,” said Chan.

The Agriculture, Fisheries and Conservation Department also plans to visit Singapore in December to learn about its rules on importing live pigs from Malaysia by sea, Chan said.

The authority, which was asked to look into new sources of imports by the local pork trade, has also held meetings to discuss the feasibility and work needed to guard against African swine fever when importing from new countries.

The disease has spread across Asia and was detected in South Korea earlier this year, leading to the culling of about 380,000 pigs to contain the disease, or about three per cent of the country’s pig herd. No new cases have been detected since Oct. 10.

Neither Thailand nor Malaysia have yet confirmed the disease on their territory, although Thailand is on high alert, with the disease widespread in neighbouring countries Cambodia, Laos and Myanmar.

It has also reached Vietnam, the Philippines and is likely present in Indonesia.