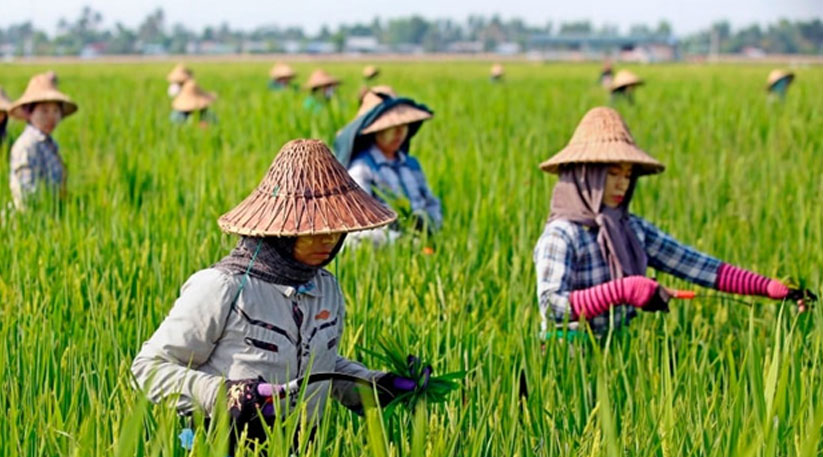 Wheat and rice grown at atmospheric concentrations of carbon dioxide levels between 546-586 parts per million reduced their protein, zinc, iron and vitamin contents

Increased atmospheric concentrations of carbon dioxide (CO2)— projected to be beneficial for crop productivity — can reduce the nutritional quality of staple foods like wheat and rice, according to a report from the Intergovernmental Panel on Climate Change (IPCC).

Under similar levels of CO2, rice grains had lower protein (7.8 per cent), iron (8 per cent) and zinc (5 per cent). It indicated large declines in vitamins B and E, showed a meta-analysis on rice varieties.

This could put about 600 million people, living in low-income countries, especially in Asia, at risk of low nutrition.

Further, the report states that current farmings practices, of both crop and livestock, are unsustainable and are responsible for a significant amount of green house gas emissions (GHG) and is also worsening climate change.

Food system contributes to 25-30 per cent of GHG emissions, according to the IPCC. This includes agriculture (10-12 per cent), land use (8-10 per cent), and storage, transport and processing (5-10 per cent).

Food wastage (from harvesting, processing, and storage) also contribute 8-10 per cent of GHG emissions. The global food loss and waste has increased from around 540 metric tonne in 1961 to 1630 Mt in 2011.

Shifting to plant-based diets could be an evident and sustainable solution to reduce emissions, the report suggested.

A 50 per cent reduction in the consumption of meat, dairy products and eggs by the European Union can cut ammonia emissions by 40 per cent, non-CO2 GHG emissions (primarily from agriculture) by 25-40 per cent, as well as reduce cropland for food production by 23 per cent of per capita. This can also significantly lower health risks. Changing diets, while meeting dietary guidelines, reduced GHG emissions between 5 per cent and 28 per cent in China.

In case of dietary change insect-based diets could be a more sustainable and nutritious option, the report showed. Edible insects are, in general, rich in protein, fat, and energy and can be a significant source of vitamins and minerals.

For example, “a gram of beef protein requires about 14 times more land and five times as much as water to produce compared with a gram of mealworm protein” according to a 2017 study.

Edible insects — high in fat, protein and micronutrients — can become a major source of human nutrition. They can be produced more efficiently than conventional livestock and thus result in lower levels of GHG emissions and water consumption, it added.