Healthy Food Trends to Expect in 2020 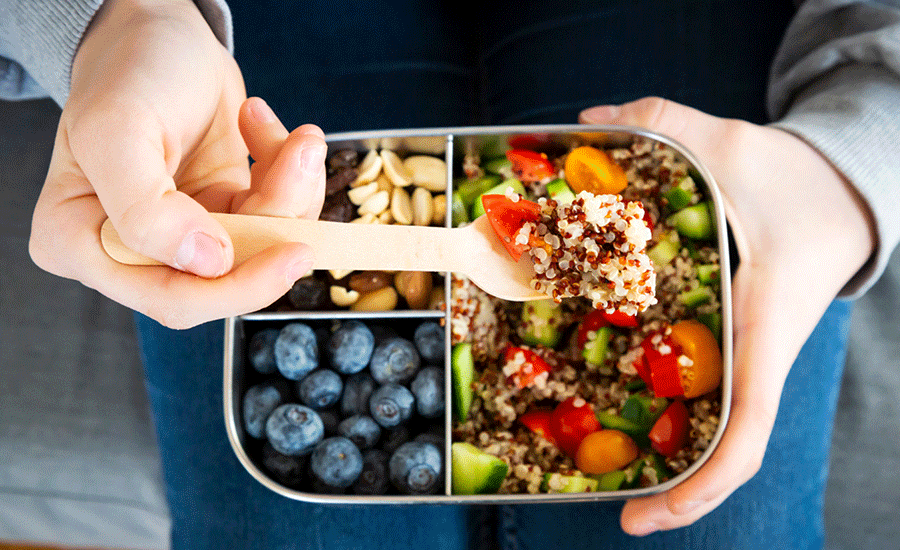 2019 was a year in which many of us were embracing vegan diet and adding avocado onto everything. If you’re wondering what healthy foods you might find yourself trying this year, we rounded up some trends of what we’ll be eating in 2020 to boost our overall health and well-being.

Despite some nutritionists touting protein-packed cricket flour as the next big thing, it still hasn’t really taken off, perhaps unsurprisingly. Instead, the much more palatable-sounding fruit and vegetable flours look set to be the new flours of choice for health-conscious bakers, with banana flour (a good source of fibre and potassium), cauliflower flour (high in fibre and gluten-free), and tigernut flour (nut-free, grain-free, and gluten-free) some of the options to look out in 2020.

Artificial, or ‘fake’ meat really took off last year, with even major fast-food chains such as Burger King getting in on the act, as it teamed up with Impossible Burger to launch a meat-free version of its famous Whopper. But while the focus so far has been on perfecting a vegan option for burger fans, next year will see a wider range of alternative meats become available, with established vegan-friendly brands launching meat-free versions of chicken and fish that use mushrooms, wheat protein and pea protein to create the texture of the real thing.

While some of us are giving up meat to do our bit for the environment, others are choosing to do a more sustainable grocery shop by going local instead of meat-free. 2020 will see more of us searching out seasonal fruit and vegetables from local farmers markets and products from small, independent producers, and asking questions about where our food comes from so we know it’s a more sustainable choice for the planet and a healthier option for us.

2019 has definitely been the year for Almond milk, which has popped up in coffee shops everywhere and positioned to be the perfect dairy alternative for latte lovers. But in 2020, a range of alt-milks are set to become more mainstream. As we move away from almond milk (which takes tonnes of water to produce, and therefore isn’t as sustainable as we all thought) expect to see a bigger range of nut milks around, including pecan and walnut, and more alt-milks in general, such as sesame and even pea.

Like alternate milks, nut butters will also get more interesting this year, with consumers having a bigger selection than ever to choose from. Almond and classic peanut butter will still be around but also look out for macadamia, chickpea and watermelon seed butter, which is exactly that, a creamy butter made from sprouted watermelon seeds and chock-full of protein, fibre, and iron for a nutritious snack. As nut butters are also naturally vegan-friendly (just make sure to avoid ones made with palm oil) they’ll also fit nicely into a plant-based or vegan diet.