Front-of-Pack Nutrition Labels: What are their true colours? 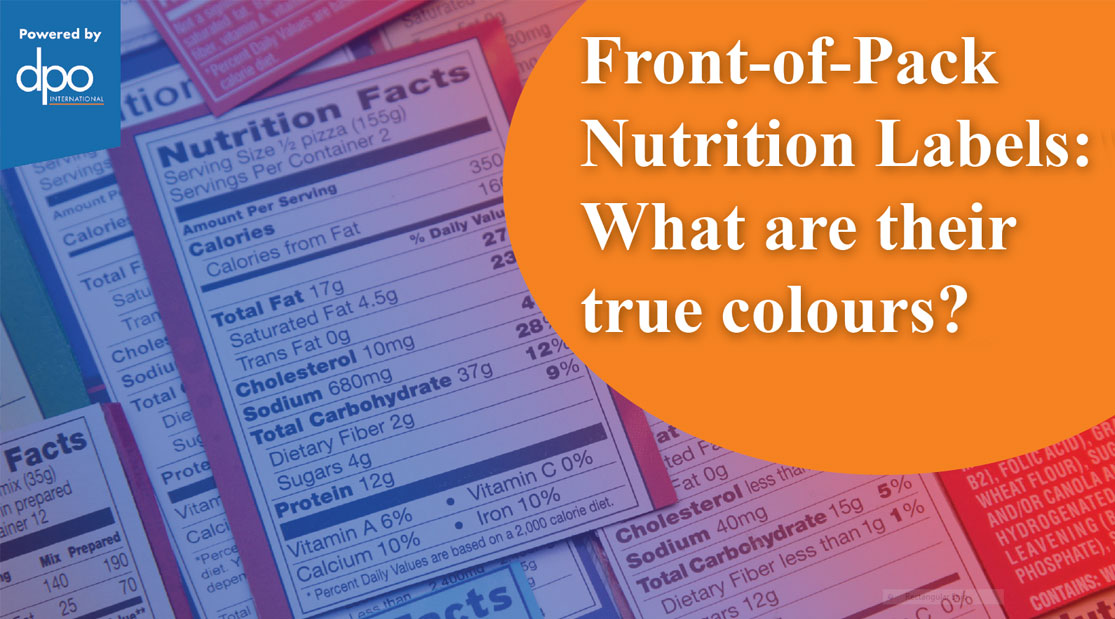 Do you understand the nutrition labels of your food products?

Nutritional labels are widely accepted by consumers as a useful tool in helping them to make healthier choices when doing their shopping. However, there are some labelling policies that have not been as useful as policy makers hoped for. In particular, consumers are found to have inadequate understanding of the labels when the information presented is too detailed (Defago et al., 2017).

Therefore, Multiple Traffic Light labels were developed to advocate the idea of presenting nutritional information in a simpler way to enable consumers to quickly and clearly ‘catch’ important details about key nutrients and help them to compare the products at-a-glance (Food Watch Organisation, 2017).

Multiple Traffic Light (MTL) is a specific Front-of-Pack (FoP) nutrition icon and has been implemented in the United Kingdom since 2004 (Food Standard Agency, 2007a). As the name suggests, each of the four key nutrients (fat, saturated fat, sugar and salt) is marked with the traffic light colours red, amber or green, based on whether the product contains high, medium or low levels of the respective nutrients (Food Watch Organisation, 2017).

1Reference Intakes (RIs) are set by European law, as a guide for the amount of energy and key nutrients that can be eaten on a daily basis in order to maintain a healthy diet. The values are maximum amounts based on an average female adult. They are not individual recommendations and your needs may well be different to the RI, depending on age, gender and physical activity.

1Reference Intakes (RIs) are set by European law, as a guide for the amount of energy and key nutrients that can be eaten on a daily basis in order to maintain a healthy diet. The values are maximum amounts based on an average female adult. They are not individual recommendations and your needs may well be different to the RI, depending on age, gender and physical activity.

What do the Colours Mean?

The Evolved Nutrition Label is a modification of MTL and was proposed by the big food industry players Mondelez, Nestlé, PepsiCo, The Coca-Cola Company, Unilever and Mars in March 2017. Mars later pulled out, saying it lacked credibility and consensus. Similar to MTL, ENL indicates the amount of energy, lipids, sugars and salt per portion of food products, with associated colours (Egnell et al., 2018).

The difference between MTL and ENL is the consideration of a defined portion (big or small vs 100 gram), and attribution of amber or red for products consumed in small portions. More specifically, ENL is based on the nutrient content for a portion of product (defined by an industry-led taskforce) and not for 100 grams, which is the case for MTL (Egnell et al., 2018). In order to avoid superfluous effects due to non-standardisation of portion sizes, the consortium of companies have proposed standardised portion sizes (ENL Taskforce, 2017).

Note: *small portions approach only for food, not beverages

The issue with ENL – does it encourage consuming more unhealthy foods?

The adaptation from MTL to ENL relies on the modification of the benchmark for the amber/red colour from a 100g basis to a per portion basis which generally provides advantage to small portion size junk food.  For example, it turned out that some food categories were positively impacted by the ENL system in particular biscuits, chocolate bars, candies, chocolate spreads, i.e. foods generally considered as less healthy (Egnell et al., 2018).

Practically, the ENL calculation tends to give less healthy food products amber colours rather than red colours if their portion size is sufficiently low (Egnell et al., 2018). There have been concerns on ENL’s efficacy and potentially misleading colour codes. For instance, Nutella, a sweet chocolate spread which is high in fat and sugar, had no ‘red light’ under the ENL logo (Food Ingredients First, 2018).

The two labels below are applicable for the same chocolate spread, with MTL giving a red flag for fat and sugar, and ENL only a warning:

The label leads to confusion and may encourage people to eat more of some less healthy products (Michail, 2018).

The END of the ENL?

After two years of collaboration in developing the ENL, The Coca-Cola Company, Mondelez, Nestlé, PepsiCo and Unilever have decided to shelve the work. Although it was a very good initiative launched by industry, the ENL turned out to be misleading when small portions were taken into account. After launching trials in several countries and consulting academics and consumer groups, the companies involved could not gain consensus on this new portion-based, colour-based scheme label (Abboud, 2018).

A joint statement has been issued by all the companies involved, saying that the ENL companies acknowledge that the lack of EU-defined portion sizes has led to insufficient understanding and support of the proposed scheme. In the absence of legally defined portion sizes, the companies have decided to suspend ENL trials for food. Trials for beverages will continue as beverages are not consumed in portions smaller than 100ml, hence the debate on reflecting smaller portion sizes in labelling does not apply (Michail, 2018). Some stakeholders and governments expressed themselves with disagreement on the ‘per portion’ approach of ENL and quit the ENL trials and overall development of the scheme (Michail, 2018).

While ENL was a very good initiative from food industry to give quick and easy information on the nutritional quality of a product, Ricebowl Asia prefers the MTL system, which is what we are currently using for our Know Your Food database.