Foodie Trivia: How 8 Famous Chocolates Got Their Names 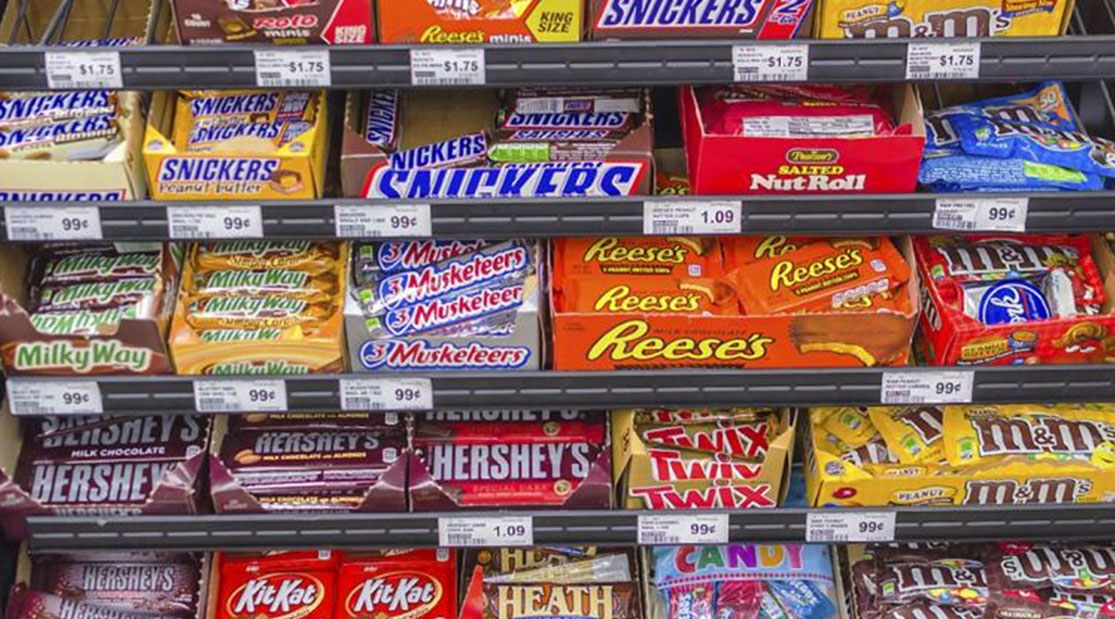 If you’re a chocoholic and have a sweet tooth, it’s safe to say you’ve probably tasted at least one of the listed below. The biggest chocolate manufacturers are some of the oldest companies operating today, for the simple reason that sweet treats won’t ever go out of fashion.

Because of our love for chocolates melting slowly in our mouths, we often find ourselves wondering just where our beloved confectionaries got their names. We accept that we call a Kit Kat a Kit Kat because our parents and grandparents did the same. But at some point, someone had to name these brands. So what were they thinking when they did? Worry not, the food experts at Ricebowl Asia did some sweet researching to satisfy your chocolatey cravings!

These little morsels of goodness were named after two princes of the confectionary world, Forrest Mars, Sr., (of the Mars Company Mars’) and Bruce Murrie (son of Bill Murrie, former president of Hershey’s Chocolate). Mars struck a deal with Murrie to make the candy, since Murrie had access to rationed chocolate during World War II, thus naming it M&M’s (Mars & Murrie). However, when the war ended, Mars “maneuvered Bruce out of the partnership”, making “M” and “M” forever candy rivals.

Get your M&M’s fix here.

It is believed that Kit Kat got its name after a political and literary club, which was named after the innkeeper where the club meetings were held. The innkeeper was named Christopher Catt, and since “Kit” is a nickname for Christopher… Kit-Cat. Eventually, English confectionary company Rowntree’s (who then created the candy) trademarked the names “Kit Cat” and “Kit Kat” in 1911, and the rest, as they say, is chocolate-y history.

It was in 1930 when Snickers was named after the beloved racehorse that belonged to the family that owned Mars Inc. which made these chocolates. For a few years, the name got changed to ‘Marathon’ in the United Kingdom and Ireland until 1990 when Mars Inc. decided to change it back to ‘Snickers’. The chocolate bar consists of nougat, peanuts and caramel and became popular more than the horse it was inspired from, which died two months after Snickers were introduced in the market.

The popular golden wrapped chocolate and hazelnut ball was first introduced in the year 1982. Ferrero is credited to the last name of the inventor Michele Ferrero, which also invented Kinder Bueno and Nutella. Rocher on the other hand translates to rock. The production of the chocolate is believed to be quite secretive, with no phones and notebooks allowed inside.

Get your hands on these chocolatey golden ball here.

Hershey’s Kisses is a brand of chocolate manufactured by The Hershey Company. These cute bite-sized chocolates have a different shape that resembles a teardrop. First introduced in the year 1907, it is believed that the name Kisses was given to this chocolate because of the sound and motion made by machine while depositing the chocolate on the conveyor belt. Initially, these chocolates were manually wrapped, which was a painstaking process until the year 1921 when the inventors created an automatic machine to do so.

Get your Kisses by Hershey here.

Innovated by Theodor Tobler and first sold in 1908, Toblerone is a combination of milk chocolate, nougat, almonds, and honey. This triangular shaped chocolate is inspired by the Mountain Matterhorn, whereas the name of the chocolate is a confluence of the last name of inventor and the Italian word for ‘nougat’ called ‘torrone’.

Twix originated in the year 1967 and manufactured by Mars Inc (which also manufactures Snickers & Mars). The name of this twin delight could be explained as the confluence of the two words ‘mix’ and ‘twin’ – because there are two bars in each pack and a mix of various ingredients like chocolate, biscuits and caramel are used.

Don’t forget to share a Twix with your loved ones.

This hazelnut cream filled wafer with a chocolate covering was made by the same creator of Ferrero Rocher and was first marketed in Italy and Germany in 1990. The orginal version of this beloved treat had hazelnut cream inside an actual hazelnut shell, but because the product was targeting children the idea was dropped after only 2 years. Kinder is German for ‘Children’ while Bueno is Spanish for ‘Good’