Try Before Die: Top North Indian Food You Should Try 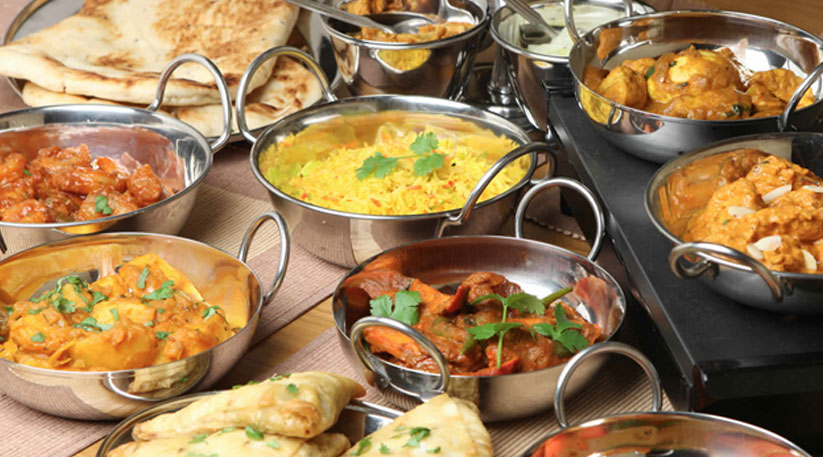 Depending on where you live, you may just be exposed to only a single type of Indian food – in most cases, the spicy & hot kind which is Southern Indian cuisine. This may seem surprising to some, but India has milder dishes to offer and that is from its northern states.

The land of India is characterized by its diversity; an amalgamation of different cultures, tradition and lifestyles is what truly defines India. Adding to the climate, vegetation and wildlife, the food in this country is equally diverse. The cuisine of each region is influenced by its history and climate, such that, every place in the country boasts of a unique delicacy.

Indians do love to talk about their food. How many times have you caught yourself lost in the thought of food while in a boring meeting? And what better place and time to share recipes than a kitty party? So many lifelong friendships are kindled over a cup of tea and a plate of hot and crunchy pakoras, and most importantly, what can be a better way to bond with your close ones over some mouth-flattering food? Without further ado let’s explore the rich and delectable dishes that North India has to offer.

Whether or not you are a rice lover, the aroma emanated from a plate of biryani is bound to stir the excitement of your taste buds. The infusion of spices and condiments combined with the long grained Basmati rice and the tenderly cooked meat (or vegetables), the Lucknawi or the Awadhi Biryani is a feast in itself. The royal dish is best served hot with a simple raita (curd).

What better than the crispy fried Bhature and spicy gravy prepared with chick peas or Chole to satiate the pangs of hunger. Add to the gravy a dollop of butter and a dash of lemon juice and the simple dish is taken to a whole another level. Even a serving of pickle and onions go well with the scrumptious dish. Originating in the North-Western part of the country, Chole Bhature has evolved as a favorite of millions across the length and breadth of the country.


The Naan and the Rumali Roti have become an integral part of the Indian grub. While Rumali Roti is thin flat bread made with unleavened wheat flour dough, the dough for Naan, is thick flat bread, comprises a mix of wheat flour and refined flour. A leavening agent is added to the dough and the Naan is cooked in an earthen oven or tandoor. Different stuffing or a generous helping of butter can also be used to give the plain Naan a soft moist texture, and it tastes best when eaten with spicy gravy. The Rumali roti is cooked on the convex side of the tava and should be served hot accompanied with gravy.

What better than the spicy Chicken Butter Masala to devour along with Naan or Rumali Roti. The distinct flavor of fenugreek leaves or kasuri methi and the chicken cooked in butter till tender is the Holy Grail for any non-vegetarian. The gravy is prepared with fresh cream and the infusion of spices, especially the Kashmiri red chili powder which imparts a tantalizing color to the dish. One serving of this delectable dish is never enough to satisfy tingling taste buds and leaves you craving for more.

The simpering smokey litti, mashed potato and brinjal bharta is another delicacy from North India that will leave you craving for more. The stuffing made of sattu or powdered gram, chillies and achari masala is put inside balls, made using wheat flour dough, and sealed. Once baked, preferably on an earthen stove, the litti is served with chokha and chutney. Some like to savor their litti with a small helping of ghee.

Dal Bati Churma is a typical dish of the land of desert, Rajasthan, and is a treat for your taste buds as well as your tummy. An assortment of pulses are used to prepare the Dal which is accompanied by the Bati, which is made up of wheat flour dough and baked in an earthen or brick stove using coal or firewood. The Churma which is a sweet dish, prepared with coarse whole wheat flour, and Rava deep in ghee with almonds and cashews used for garnishing, completes this wholesome and healthy meal.

This North Indian delicacy has evolved as the favorite snack of many Indians and is especially a rage during the festivities. The deep fried vada is laced with a generous helping of curd and is topped with imli (tamarind) or dhaniya (coriander) chutney. A sprinkle of black salt or chaat masala adds to the tangy sweet taste of Dahi Vada.

Sweets are an integral part of the any cuisine and the rabri is one such delicacy of the north. The amazing dessert which found its origin in the holy city of Mathura is also easy to prepare unlike other sweets. The milk mixed with sugar is brought to boil on a low flame and the layers of cream formed are accumulated till the volume of milk reduces to one-third its original. Some people like to add a little kesar (saffron) that imparts a beautiful hue to the sweet dish. Almond slivers can also be used to garnish the rabri.

The Aam Ka Murabba is a traditional Indian savory prepared with raw mango and it can serve as an accompaniment with roti aur paratha. The grated or sliced mangoes mixed with sugar and cooked in low heat. Spices like cumin or aniseed (saunf) that are added to the mixture provide a distinctive essence to the dish and even aid in digestion.

This delicacy from Rajasthan is a quite popular during the festivals of Teej, Makar Sankranti and Gangaur. The batter made using all-purpose flour is disgorged into a specially designed mould and then deep fried. The ghewar is then immersed into sugar syrup for a while and served hot with a topping of malai or mawa. The main ingredient which gives the dish its distinct flavor is the kewda essence, which is a plant extract.