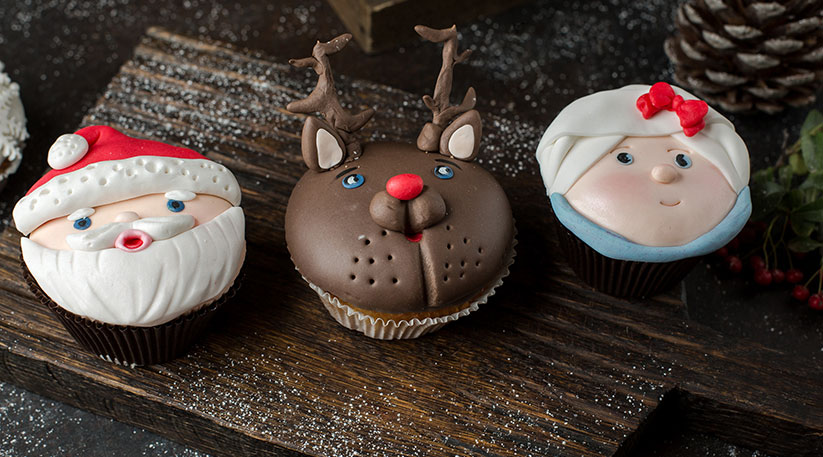 The Republic of Indonesia has around 16.5 million Christians with 6.9 million of them being Roman Catholics. Each region has its own Christmas traditions and dishes, often fused with Indonesian indigenous culture.

In areas with large Christian / Catholic populations, Christmas celebrations are characterized by special rituals and local specialties. In big cities, shopping areas are often decorated with plastic Christmas trees and Santa Clauses. Being the biggest Muslim populations in Asia, one can’t help but to wonder how doe Indonesians celebrate Christmas but most importantly, what do they eat during the holidays?

Read on as the food experts of Ricebowl Asia unveil the Christmas dishes on Indonesia.

Ayam Rica is a typical Christmas dish Manado, North Sulawesi. The word Rica itself comes from the Manado language which means spicy or chili. Chicken rica-rica is usually served with white rice sprinkled with fried onions, coupled with crunchy cucumber.

As Indonesians love spicy food, Ayam Rica Rica is always one of the many Christmas favorites at the dinner table during the holidays.

Cookies are a must-have snacks during Christmas, and are commonly given as gifts in East Nusa Tenggara. Bagea cookies are usually round with pale brown color although other shapes are also available. It is made from Sago and added with refined sugar, sesame seeds, sago flour, vegetable oil, flour that has been sifted. Nuts, cinnamon spices, and clove powder are also added in the mix, making Bagea cookies a lovely accompaniment to a Christmas evening tea.

Ikan Kuah Kuning is Indonesian for Fish in Yellow Broth, originated from Ambon. Fresh fish like Tuna or Muba is cooked turmeric and lime for a zesty kick. Depending on the cook, tomatoes are sometimes added to the dish. This dish is usually served with papeda, Ambon’s staple food made from sago.

However, if you are not used to eating papeda which texture tends to be thick and sticky, you can eat this yellow broth fish with a plate of warm white rice.

A compulsory delicacy served during Christmas, Lampet is a triangular pyramid shaped cake that originated from Batak. Made from mixing rice flour with grated coconut, Lampet is filled with brown sugar and wrapped with banana leaves. Prepped Lampet will then be steamed until cooked.

Lampet cakes goes very well with a hot cup of tea or simply as desserts after the family Christmas meals.

Originated from Dutch colonial period, it is a customary to eat this at Christmas. This tart is made from coconut, flour (wheat flour), milk, butter, and eggs. Apart from Christmas celebration, Klaapertaart is also made for other feasts, including wedding, birthday, events, etc. The flavor of this cake has evolved from original to various taste like Cheese, Chocolate, Blueberry, and Durian flavor.

Kohu-kohu is one the favorite seafood family dishes in Maluku. What makes this Christmas dish so favorable is the rich amount of protein, mineral, vitamin, and omega 3. To make Kohu-kohu is pretty simple. It is made with shredded mackerel tuna mixed with finely grated coconut, bean sprouts, eggplant, raw long beans, lime juice, red onion, cayenne pepper and basil.

Sup Brenebon or Kidney Bean Soup is also one of the must-have dishes during Christmas in Indonesia. This dish is considered many to be the favorite, as many Manadonese would claim that this is their favorite dish during Christmas. Interestingly, this dish also contains a touch of Dutch flavor. The name is even originated from the word ‘bruine‘ (or brown) and ‘bonen’ (or beans). It is a warm soup that consists of red kidney beans and meat. Seasoned with pepper, cloves, and nutmeg, it becomes a perfect for winter or rainy seasons that generally happens during Christmastime.