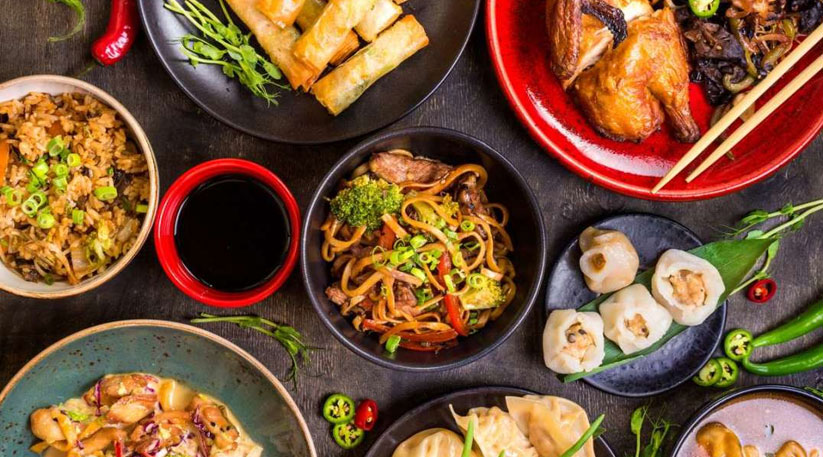 A travel experience to China wouldn’t be complete without relishing authentic Chinese food. China possesses countless and various delectable dishes and in the Chinese people’s minds, this is a rare wealth. Read on for ten top dishes and join Asia’s Food Experts in enjoying the most popular dishes, doing it like a local Chinese!

Bouilli, also commonly known as Hongshaorou or Dongporou, is one of most popular dishes in China. The dish was named Dongporou as it is related to a poet in Song Dynasty called Su Dongpo. He invented Dongporou and extended it to the whole country in almost one thousand years ago. It is the top-of-the-range streaky pork which has fat part and lean part totaling three layers as the major ingredients. Brown sugar, soy sauce as well as cooking wine come into being a sauce with unique but mouth-watering flavor. Steaming the meat with the special sauce by casserole, that’s authentic Bouilli.

As a tradition cooked wheaten food in China, dumpling originates from Wonton with approximately one thousand and eight hundred years’ history, which has a fixed shape looking like a gold ingot. During festivals, particularly in Spring Festival and Winter Solstice (22nd solar term), both southerners and northerners in China, are tended to have dumplings, symbolizing the expectations of good fortune and good health altogether. When making dumplings, people are likely to stuff sugar, peanut, date and walnut. Those who eat the dumpling with sugar means that they will have a happy better life in the future; who eat the date or walnut means that they are going to have a healthy baby; who have the peanut shows that they are about to enjoy the health and longevity. To eat different kinds of dumplings in China is a never-regret journey.

Dumplings’ counterpart, Wonton, is often called Huntun, Chaoshou, Yuntun, Baofu, or Bianshi according to the different regions in China. Wonton’s wrapper is made of premium flour by the process of fermentation and kneading. Square wrapper envelopes various fillings, such as crashed raw pork, shelled shrimp, fresh vegetables, sliced spring onion and ginger. Stewing it in boiled broth, crystal-wonton with rich stuffing drenched in delicious soup is definitely a must-try dish in China.

Mapo Toufu belongs to Sichuan-style Cuisine which has become a welcomed dish within whole China. The dish was cooked firstly in early Qing Dynasty by a proprietress of a small restaurant in Chengdu within the Sichuan province who had freckles (in Chinese called Mazi) on her face and people called her Chen Mapo. Her famous stir-fried tofu was named Mapo Tofu by citizens. Fresh and tender tofu drizzles with spicy chili-based sauce which is made of crushed meat, hot and wild pepper as well as broad bean paste. Each bite of tender tofu and palatable minced meat challenges and fascinates your taste buds. It’s difficult not to love this spicy dish.

Rice fried with eggs, also called Danchaofan, is fairly popular in China, because of its fluffy fried and chewy rice. With aroma of chopped onion, Danchaofan is not very greasy or strong-flavored, which suits for the people who like having light taste.

A classic dish in Chinese Cuisine, Sautéed Sweet and Sour Pork Tenderloin (named Tangculiji) is a popular dish which owes many versions in Zhe Cuisine, Lu Cuisine, Chuan Cuisine, Yue Cuisine and Huai Cuisine. The main ingredients of this dish are tender pork tenderloin, along with flour, starch, sugar and vinegar. The sweet and sour flavor along with a crispy coating and tender meat will give you a good tasting experience. As most people enjoy the sweet and sour flavor, it stems to many derivative dishes, such as Sweet and Sour Whole Fish (Tangcuquanyu) and Sweet and Sour Ribs (Tangcupaigu).

Chow Mein, also known as Stir-fried noodles, is considered comfort food among the Chinese. The affordable-and-delicious noodles are made of fine bean and corn flour dough, egg, sliced meat, onion, sausage, etc. You can find this dish at almost every restaurant in North China. Needless to say, it wins big raves from locals.

Although Peking duck is an authentic Beijing Cuisine, it is a well-known treat in the whole world. Invented by the Han people during Ming Dynasty, Peking duck was a royal dish. Healthy ducks are chosen and fire roasted. The duck is fat but not greasy. The tender and plump meat is covered by crispy and chewy skin. Along with sliced spring onion, thin pancakes made of millet flour as well as a sweet sauce made of fermented flour, it is a must-eat dish in China.