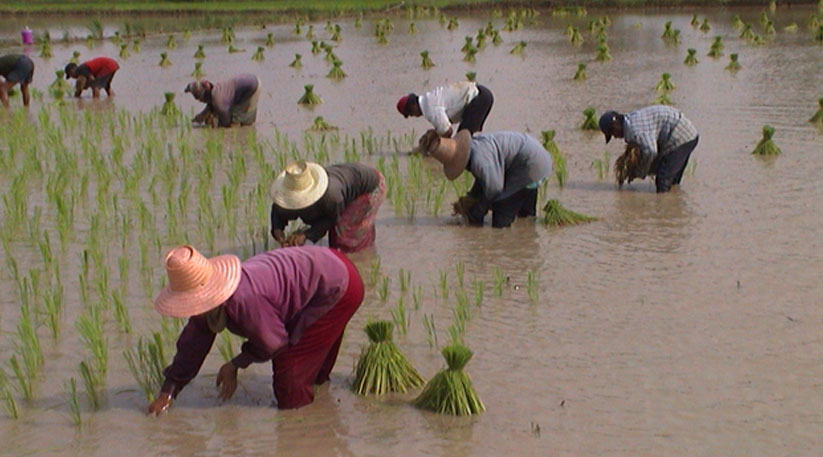 BANGKOK – Thailand’s rice exporters on Wednesday lowered their target for annual exports to 9 million tonnes from 9.5 million, after a sharp fall in first-half shipments due to a strong baht and ample global stockpiles.

“With volumes of shipments consistently declining from January, our best performance would be 9 million tonnes,” Charoen Laothamatas, president of the exporters group, told reporters.

Thailand has been losing market share to major rival Vietnam due to a rise in the Thai baht, Asia’s best performing currency, which earlier this month reached its strongest levels in more than six years.

Thailand’s benchmark 5% broken white rice RI-THBKN5-P1 was quoted last week at around $401-$402 a tonne on a free-on-board (FOB) basis, well above a similar grade from Vietnam, which was quoted at $350 per tonne. RI-VNBKN5-P1

India’s benchmark 5% broken parboiled variety RI-INBKN5-P1 was trading at around $374-$377 per tonne.

Thailand has also been facing competition from China, the world’s biggest rice importer and Thailand’s No. 3 buyer last year, which nearly doubled its rice exports in the first half of 2019 from a year ago, said Chookiat Ophaswongse, the group’s honorary president.

Flush with large state reserves, China has been selling stockpiles of “old rice”, which have gone to African markets previously dominated by Thailand, he said.

A government-to-government deal that Thailand struck with Chinese state-owned food trader COFCO in 2015 has also stalled due to China’s ample rice supplies.

As of end-2018, Thailand had supplied 700,000 tonnes of rice to China as part of the deal for 1 million tonnes of the grain. Since then, there have been no new orders, Chookiat said.

Rice exporters are also concerned that low rainfall could cripple the next harvest after the Thai government this week urged farmers to delay planting rice.

Drought has been declared in more than a dozen provinces in Thailand’s main rice-growing northern and northeastern regions, where rainfall was the lowest in 10 years.

Thailand’s main rice-growing season begins in May, the start of the rainy season, for harvest between August and October.