Singaporeans VS Malaysians over hawker food 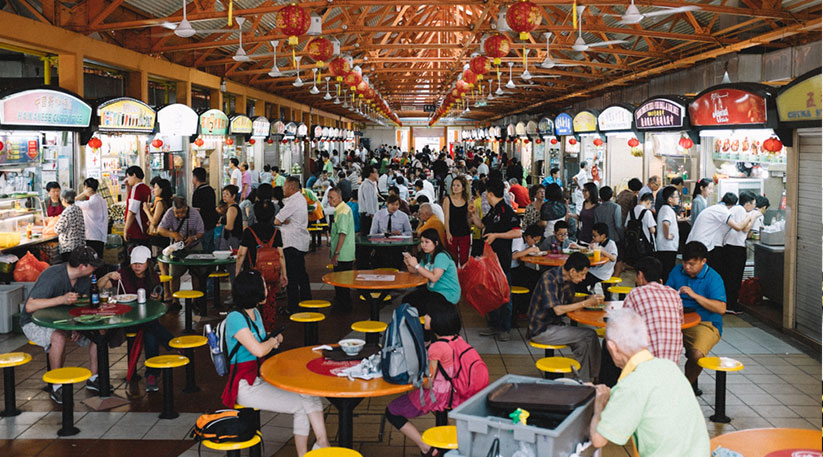 Malaysian chefs are “frying” Singapore’s bid to nominate its hawker culture for Unesco’s Representative List of the Intangible Cultural Heritage of Humanity.

While every country has its own unique street food identity, the move by Singapore suggested a lack of confidence and “arrogant behaviour” from the city state, said celebrity chef Datuk Redzuawan Ismail, better known as Chef Wan.

“People who lack confidence in their food will go all out to do these things for recognition,” he said.

“It’s not necessary to announce to the world that you have this or that. By taking this route, it’s a bit of arrogant behaviour.”

Chef Wan said food was universal and supposed to spark friendship and joy.

“Food is meant to be enjoyed by everyone and not for us to pick fights over who owns what. We already fight about everything else, such as territorial claims, oil and water.

“Now, it’s up to the level where they want to bring their hawker culture to the Unesco.

“I don’t think it’s wise for them to do this because it’ll create a lot of unhappiness among the people in terms of branding,” he said.

Singapore Prime Minister Lee Hsien Loong said on Sunday that Singapore would be nominating its rich hawker culture to the Unesco list, which started in 2008 and currently has about 400 elements to date.

Celebrity chef Datuk Ismail Ahmad said the Singaporean hawker culture was usually confined within buildings while in Malaysia, it was widespread and could be found in both urban and rural areas.

“That’s the uniqueness of ours compared to theirs. Theirs is monotonous. Their hawker centres are beautiful but tasteless.

“Ours are very original and diverse. If you go to a hawker centre in Malaysia, the food is to die for because of our sensitivity in using fresh ingredients and efforts to sustain the originality of our dishes,” he said.

Malaysians and Singaporeans have continued to fire up social media over the issue.

“Only thing Singaporeans should lay claim to are the tables they have choped (booked) with a packet of tissue paper (sic),” he wrote.

Another commentator Abdullah Sfani said there would be no end to laying claim over food.

“Claiming of food origin will go on and on and on with no end. For food’s sake, drop it and start filling your tummy with whatever you like and just be happy.”

Another Facebook user Damien Loh pointed out that both countries had very similar hawker food culture.

“Not wrong for them to claim the two dishes as theirs and Malaysians can also make the same claim. After all, our ancestors came from the same boats to these shores,” he added.

Over in Singapore, Facebook user Audi Khalid said: “Malaysia doesn’t have anything much to be proud of the last twenty years so they’d jump on every little scrap to claim as theirs for some semblance of achievement or identity.”

“Malaysians always have an opinion about Singapore. They could also do the same if they want to,” wrote Penelope Chin.

Facebook user Sangha Vandana wrote that if Malaysia was so good with its food, “then, why is your country not nominated by Unesco for submission while Singapore is?”