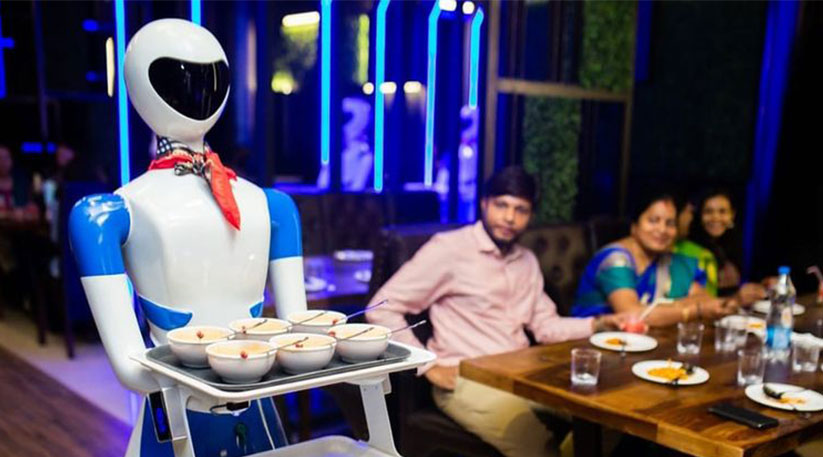 Bengaluru: ‘Robot Restaurants’ has announced the launch of the city’s “first” restaurant where food service is done by robots.

The restaurant claimed that its Bengaluru launch was after its “resounding success” in Chennai and Coimbatore.

“The restaurant will be located on Indira Nagar’s high street 100 Feet Road and will be able to accommodate 50 diners. The menu will largely comprise Indo-Asian cuisine and will also have an exotic mocktail menu,” it said in a release.

The restaurant will have a team of 6 robots (one usher and 5 bearers), it said, each table will be equipped with a tablet from which diners can place their order and summon the robots, and the food service is then done by the robots.

The robots are interactive and are programmed to sing birthday wishes and wishes for special occasions.

“Bengaluru already has a wide variety of culinary experiences and we are confident that the robots will be welcomed with open arms in Bengaluru,” Robot Restaurant founder Venkatesh Rajendaran said.

“Bengaluru has been a dream for us at Robot Restaurants and it’s a happy and proud day for the team to see our dream come true,” he added.

The robots have been programmed to work efficiently and the staff have also undergone training from the manufacturers to attend to any issues that may arise over the course of operations.