The time bomb in our stir fry 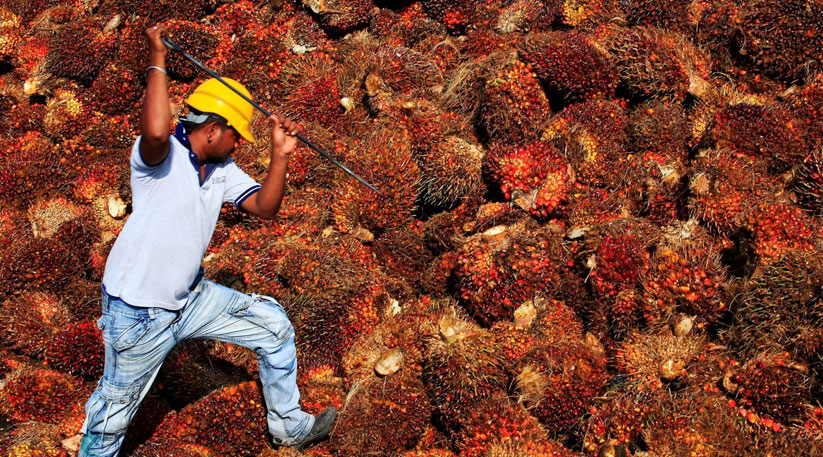 The self-regulatory group charged with balancing the successes of the palm oil industry against its labour and environmental abuses has a big year ahead of it, as it tries to bolster its guiding principles without adding costs that price its product out of the market.

In the late 1980s, a United Nations report “Our Common Future” set out what would become the most widely accepted definition of sustainable development, a process “that meets the needs of the present without compromising the ability of future generations to meet their own needs”. It looks simple on paper. But in practice, it has been hard to implement for the palm oil industry, a sector that has been linked to deforestation, land grabbing and slave-like working conditions.

The latest crisis to face the industry’s reputation came this week as European Union lawmakers on Wednesday agreed to draft measures that seek to phase out the use of palm oil as biofuel by 2021. The move sparked fear in smallholders, who account for about 40 per cent of global palm oil production. Hundreds took to the streets in Kuala Lumpur this week to protest against the EU’s changes, saying the decision threatens their livelihoods.

“Our palm oil trees empower us as indigenous peoples,” said the Dayak Oil Palm Producers Association. “Your discrimination against palm oil is hurting us.”

Palm oil is a major industry in Southeast Asia. Indonesia and Malaysia employ 3.5 million people to produce 85 per cent of the world’s palm oil with export values exceeding US$40 billion annually.

The Roundtable for Sustainable Palm Oil (RSPO), an association with thousands of member organisations currently based in Kuala Lumpur, is reviewing its Principles and Criteria, a set of standards that cover social and environmental issues that growers must comply with to get their palm oil certified. The new regulations will be approved in November of next year.

It will be the third time the organisation has reviewed its core document since its establishment in 2004. The task has become increasingly complicated as the association has expanded its membership to include a wide range of players with diverse interests; smallholders, global food and cosmetics companies, governments, commodity traders and social and environmental NGOs. The RSPO has 3,422 members in 89 countries, up 16 per cent from last year. Rising demand for palm oil from China has been one of the main growth drivers.

Reaching agreements is likely to be a long process. “Everybody has their own definition of sustainability,” said Petra Meekers, director of CSR and Sustainable Development at Musim Mas – a major palm-oil grower – and member of the task force that is guiding the review.

The organisation released a first draft of its Principles and Criteria in August and has received more than 10,000 responses so far, according to the RSPO.

The task force will draft two more proposals before the final text is approved.

One of the hottest debates refers to the different interpretations of the concept of “no-deforestation”.

The current Principles and Criteria establish that new plantations should not “have replaced primary forests”, but expansion is still possible in degraded forests that some environmental groups see as valuable. According to this definition, “very little deforestation” happened last year among the RSPO plantations, said Faizal Parish, director of the Global Environment Centre and also a member of the task force. However, Greenpeace recently released a report saying that the industry had “no chance of delivering deforestation-free supply chains by 2020” as they pledged in 2014.

“A main issue [to agree on] is what is the appropriate way to determine what is ‘no-deforestation’, because there are different perspectives”, Parish said. Thus, some NGOs worry that the RSPO will relax its criteria in countries where the forested area surpasses 80 per cent of the total land, such as in Papua, Indonesia.

Others argue that being too strict on no-deforestation will harm social development, explained Parish. “In those [high-forested] countries where if you say no-deforestation you basically say no development at all, then there is a need to find an appropriate way to define more clearly ‘no-deforestation’ that maybe can provide some flexibility.”

Looking at the RSPO membership, it might seem that palm oil – a cheap vegetable oil with many uses including food preparation – mainly grows in big plantations, but about 40 per cent of global palm oil is produced by smallholders, growers owning less than 50 hectares of land. Typically they struggle to reach the RSPO standards and represent only 9.32 per cent of the certified sustainable palm oil. Tougher criteria will no doubt make the standard even more difficult and expensive for such growers to reach, and the organisation is considering easing requirements for smallholders.

A burning issue for Singapore: Indonesia readies for haze battle

“Every time we move to get new Principles and Criteria, every time is a little bit harder [for everyone],” said a grower involved in the review process who preferred not to be named.

The new criteria is also expected to include better worker protections, especially for women and child labour, but at this point some still see glaring gaps.

“The first draft fails to guarantee freedom of movement for all workers by stipulating a clear zero tolerance for companies holding workers’ passports. It does not include a credible definition of core work or specify a threshold for precarious work,” said Gemma Tillack, agribusiness campaign director at the Rainforest Action Network.

Some fear the higher standards could also cause price hikes in the market for an oil that has affordability as its chief selling point. Even though the RSPO members have a production capacity of 11.86 tonnes a year, only 5.6 million tonnes were sold in 2016 as certified.

Europe, which is likely to continue importing palm oil for purposes other than biofuel beyond 2021, could add more regulatory obligations on the industry if the European Commission accepts a parliamentary request to form its own certification process for imported palm oil products. This would pose an entirely new set of challenges for the RSPO scheme.