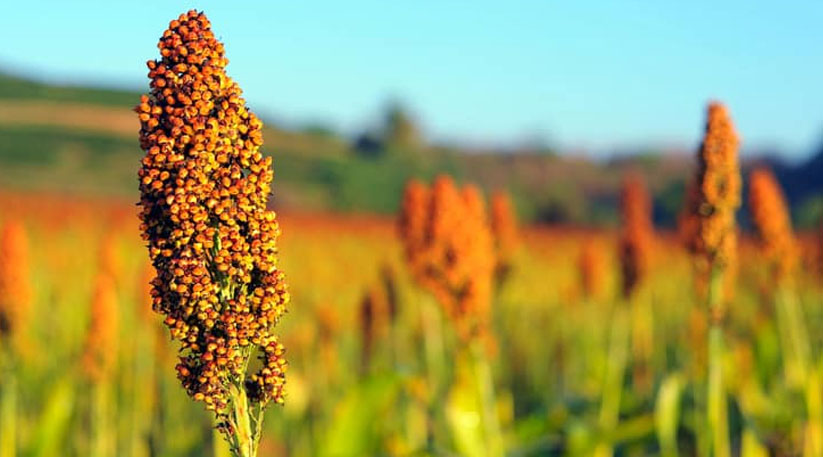 With increased production in its livestock sector and a drop in imports of distillers’ dried grains (DDGS), China’s appetite for sorghum isn’t waning. The nation is expected to use 8.9 million tonnes of the crop in 2017-18, a majority of which will come from imports.

China predominantly uses sorghum for feed, and is increasing its usage to make up for a decline in imports of DDGS.

The second largest importing country was Mexico, far behind at 625,000 tonnes.

“The last few years, exports have been our No. 1 market,” said Tim Lust, chief executive officer of National Sorghum Producers. “China has been the dominant player in that. In the U.S., ethanol is our main market today, and then livestock after that, and the specialty industrial food markets coming after that.”

Sorghum, which can be grown as a grain, forage or sweet crop, ranks among the top five cereal crops in the world. It is drought tolerant and one of the most efficient crops in the conversion of solar energy and water usage. In the livestock industry, sorghum is used in feed rations for poultry, beef, dairy and swine.

It produces the same amount of ethanol per bushel as comparable feedstocks but uses up to one-third less water. Growing markets for sorghum include the consumer food industry and pet food industry.

“We still see very strong demand coming from southern China,” he said. “We expect there to be significant sales. They continue to have economic growth and an increase in the animal sector. We expect to have continued strong export demand this winter and going into next spring.”

Feed demand in the swine sector is recovering, according to industry sources, the FAS said. In addition to feed use, sorghum in China is commonly used in the production of baijiu, an alcoholic beverage. The FAS said the baijiu industry is recovering from the government’s anti-corruption campaign that started in 2012. A leading producer of baijiu is reportedly tripling its distribution from 20 million tonnes to 62 million tonnes for upcoming holidays.

Existing quotas on corn are helping sorghum sales. But U.S. producers are concerned about the possibility of the Chinese government imposing similar quotas on sorghum imports.

“Certainly quotas are policies that are very significant into any country; China is no exception,” Lust said. “If there are changes to those, it could disrupt the market. I don’t expect that at the moment.”

Checkoff and U.S. Grains Council (USGC) officials visited China this fall, attending a JCI meeting on feed raw materials and also meeting with sorghum customers. Outreach like that is important in educating end users about sorghum and helping them best utilize the commodity, said Florentino Lopez, executive director of the United Sorghum Checkoff Program. Lopez participated in the China visit. Trade teams from China and other nations also visit the United States to get a firsthand look at the crop, and to visit feed mills and ethanol plants.

“We’re looking to see if there’s any information we can provide to them about the crop,” he said. “We’re giving them information on how the crop is looking in the U.S., providing technical information and how to utilize sorghum in their industry.”

During this most recent trip to China, Lopez said they were able to see preliminary results from a duck feeding project started last year and funded by the Checkoff. Although ducks have been fed sorghum for several years with good results, Lopez said quantitative data was needed so that it could be shared with other nations.

“By completing the duck-feeding trial, we can create a feeding guideline or a trial background that can be utilized in other countries,” he said.

A similar in-country trial recently concluded with Pangasius, a catfish species native to Southeast Asia, in Vietnam. The trials compared diets with 20% sorghum, 10% corn and 15% cassava. Results showed no difference in growth performance, fillet color or physical properties of feed pellets between sorghum and cassava.

Cassava traditionally is used in the 2.4 million tonnes of compound feed Vietnam needs to produce 1.2 million tonnes of catfish. The demand for cassava has significantly increased in the last five years, but domestic production has not. Sorghum has additional benefits, including higher protein and amino acids compared to cassava.

Lopez said in his travels he often hears the same request: the need for more grain.

“We continue to see purchases or commitments for sorghum,” he said. “We feel pretty reassured by the activity happening internationally.”

Having enough product to export is a very real concern. Total U.S. exports in 2016-17 declined, mostly due to a decrease in exportable supply. Sorghum exports totaled 6.04 million tonnes, a 30% year-over-year drop but higher than the five-year average of 5.3 million tonnes, according to data from the USDA analyzed by the USGC.

The USDA lowered ending stocks to a very low level of 29 million bushels (789,000 tonnes), Lust said. With the current buying pace, he expects the crop to be totally used.

“If we had more bushels right now, we could sell them,” Lust said.

It’s a little early to get a good feel on planted acreage for the 2017-18 year, but he said there is more confidence from the traditional sorghum growers than there has been in the past few years. Concerns surrounding the sugarcane aphid, which first attacked sorghum crops in 2013, are not nearly as significant this year, Lust said. The aphid can cause damage and reduce yields; it has been found in large portion of sorghum-producing states in the United States.

Farmers have gotten more comfortable in managing the insect and new genetics have made the aphid less of an issue, he said. But whether U.S. sorghum acres will grow really comes down to price.

“As we go into fall, we will be competing with other commodities,” Lust said. “The bad news is there’s a lot of corn in the world and prices are low. The good news is we’ve seen an increase in prices for sorghum. Hopefully that means new crop bids that will be attractive to growers.”

A promising new market for sorghum is the pet food industry in Mexico. The USGC organized a series of activities with Mexican grain buyers and pet food manufacturers to share information on the milling characteristics and inclusion possibilities for sorghum in pet food. Officials participated in a meeting of Mexico’s national feed association and also brought Mexican pet food manufacturers to a workshop at the International Grains Program Institute in Manhattan, Kansas, U.S.

“It hasn’t been accepted on the international side, not because of the nutrition but more because of the technical knowledge,” Lopez said. “We’re trying to provide that knowledge, education and resources.”

Mexico has 11 mills that produce more than 920,000 tonnes of dog and cat food per year, representing 3% of all animal feed produced in the nation. Although the market is small, it is high value and would increase demand for sorghum overall, the USGC said.

“There is a niche market opportunity that can be important to the sorghum sector,” said Javier Chavez, USGC Mexico marketing specialist who has worked with buyers interested in including sorghum in pet food.

Research also is under way to develop elite energy sorghum varieties that can be grown on marginal soils. The Donald Danforth Plant Science Center in St. Louis, Missouri, U.S., received in October a five-year, $16 million grant from the U.S. Department of Energy to develop the crop.

Sorghum is already a popular bioenergy feedstock and is used in ethanol production. In the United States, there are a dozen ethanol plants that use sorghum at any given time, and a total of 25 plants that can use sorghum as a feedstock, Lust said. “Sorghum is an attractive bioenergy feedstock supported by well-developed breeding and seed industry,” said co-principal investigator on the grant, Todd Mockler, Geraldine and Robert Virgil Distinguished Investigator at the Danforth Center. “This project will leverage recent investments by DOE to further accelerate sorghum feedstock enhancements, develop new gene editing and transformation technologies and conduct a whole genome association study to identify genes to improve sorghum productivity.”