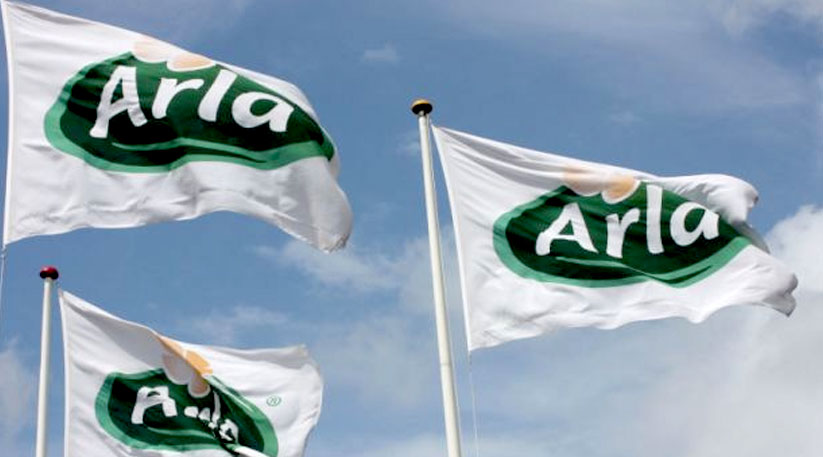 Northern-European dairy cooperative Arla Foods has announced its plan to invest €527 million in 2018, with a focus on larger and improved production capacities, as well as innovative technology.

As part of the group’s 2020 growth ambition, the investment will focus on meeting the growing demand for healthy dairy and natural products that match changing consumer lifestyles, and boosting its whey and sustainable food production.

The company’s chairman, Åke Hantoft, underlined that all investments by Arla Foods are made to secure long-term growth and profit opportunities for the company’s 11,200 farmers across Europe.

“The board of directors has decided to increase our investments with this plan, because we have identified new projects and investments with short and long term potential for significant return,” said Hantoft.

The cooperative is owned by farmers from Denmark, Sweden, the UK, Germany, Belgium, Luxembourg and the Netherlands, and has grown its business by 50% in the last ten years.

Arla said it has extensive opportunities to meet the growing dairy demand, as global milk production continues to be volatile, and dairy consumption worldwide is growing faster than it ever has, particularly outside Europe.

Half of the 2018 investments are targeted at projects aimed at growing Arla Foods’ sales outside Europe, where the company’s fastest growing strategic markets are the Middle East and North Africa, China and Southeast Asia, Sub-Saharan Africa, and the United States.

Due to increasing disposable income and growing demand in Southeast Asia and Sub-Saharan Africa, the company plans to expand its production site in Pronsfeld, Germany, that supplies milk powder and UHT milk for many of Arla Foods’ strategic growth markets outside Europe.

With an investment of €10 million this year, and a further €180 million over the next two years, the group will add another milk-drying tower to the existing facilities in Pronsfeld. Construction is planned to start in late 2018, subject to government approval, and is expected to be ready for production in 2021.

Meanwhile, two thirds of this year’s investment will focus on increasing Arla’s European production capacity, with €266 million being invested in Denmark, €82 million in the UK, €78 million in Sweden,  €65 million in Germany, and €36 million for production in other countries.

The company also said it will invest €56 million to lay the foundations for manufacturing lactose-free products at its Aylesbury site in the UK, based on experience from its Scandinavian markets.

“This investment is a growth plan aimed at expanding our positions in key dairy categories and geographic markets where Arla is already a key player,” said Peter Tuborgh, CEO of Arla Foods.

“Our ambition is to create an even stronger foundation for our farmer owners and our future business growth.”

With its subsidiary Arla Foods Ingredients, the company has taken a by-product once cast aside from cheese production and is boosting whey protein ingredients for food industry customers around the world.

The subsidiary will receive an investment of over €100 million for new technology and capacity expansions for whey production.

In Sweden, a further €5 million will be invested to add a whey processing facility at the Falkenberg dairy that can concentrate the whey from the site’s cottage cheese production.

The new investment also plans to support 46 projects, with €15 million earmarked for working towards the sustainability goals set out in the company’s ‘Good Growth’ 2020 strategy.

An example of this is the construction of a large biogas facility at Arla’s dairy site in Nr. Vium, Denmark, which will supply heat for the production of milk powder.

The projects will help Arla Foods reduce its carbon emissions and help the company pursue its goal to ensure that at least half the energy Arla Foods uses must come from renewable sources like biomass, wind and water by 2020, according to the company.