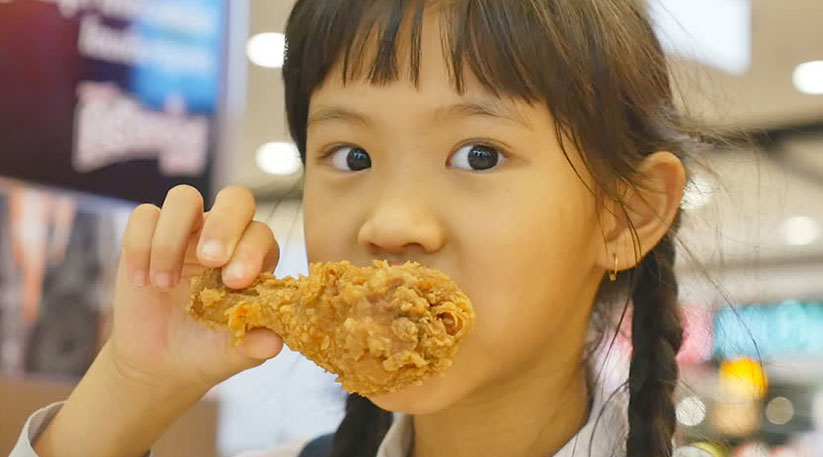 Those with much lower intake of vegetables, milk, vitamin E and minerals were seen to be more likely to suffer from the disease, in a comparison between kids with asthma symptoms and non-asthmatic kids.

HYDERABAD: Highlighting the link between diet and asthma, a doctor says dependence on fast food instead of fruits and vegetables was a cause of increasing asthma among children.

Senior paediatrician at Liaquat University of Medical and Health Sciences Jamshoro, Dr Salma Shaikh, said in an interview with APP Tuesday that for many Pakistani children fresh and dry fruits had been replaced by cookies, colas, candies etc, a trend that’s worrying paediatricians, who believe that diets rich in junk food could be the cause behind the rapid rise of asthma and allergies in children.

Pakistani children seem to have gone through a palate change with a desire for fast food and processed meals now, she said, adding that thousands of children from the six to 14 age bracket, in posh residences as well as slums, were tested for asthma and allergies. Prevalence of asthma was 19 per cent and allergic rhinitis was more than 30 per cent among them.

In a comparison of some 100 children with asthma symptoms and about 200 non-asthmatic children in Pakistan, those who had the lowest intakes of vegetables, milk, vitamin E and minerals were seen to be more likely to suffer from the disease.

Dr Shaikh said that the children whose diets were low in vegetables and vitamin E were two to three times more likely to develop asthmatic symptoms than other children irrespective of other factors such as family size, affluence and parental smoking.

“Parents and teachers need to identify asthma as a growing problem and most important is that we must relearn our eating habits” she emphasised.

Dr Shaikh said that asthma, the most common chronic childhood disease, is one of the fastest-growing ailments, with cases increasing by up to 50 per cent every 10 years. According to reports, around 150 million people worldwide suffer from the condition, she added.

Dr Shaikh said that the link between junk food, high blood pressure (hypertension) and diabetes is mainly due to the processing of foods, which removes a lot of the natural nutrients originally found in the food.