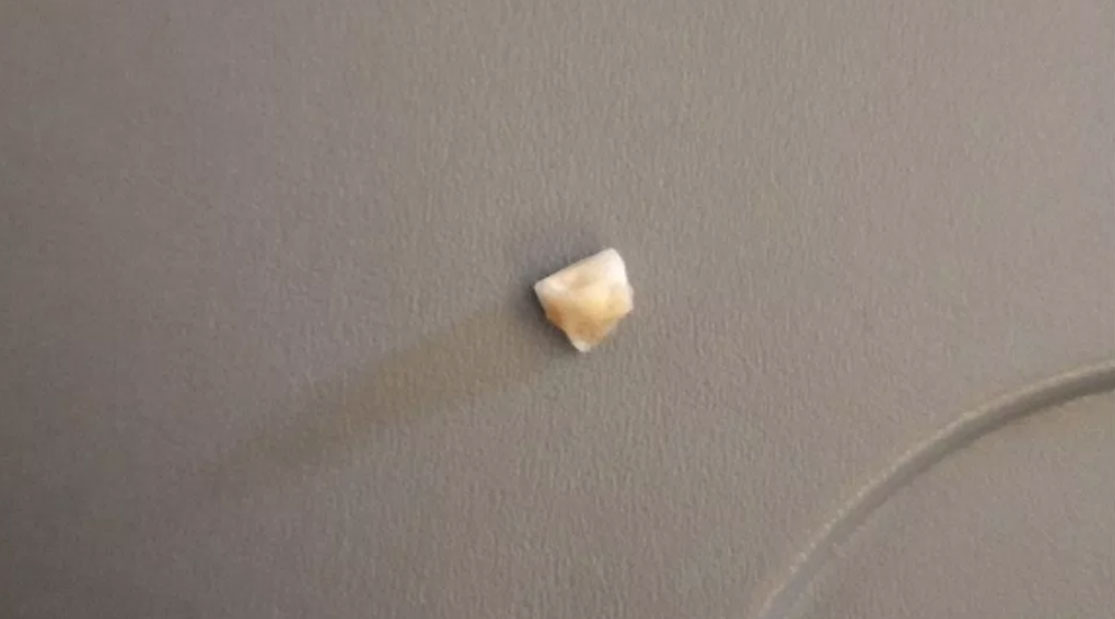 A SINGAPORE Airlines passenger was left in shock after discovering a tooth in his in-flight meal.

Bradley Button was travelling from Melbourne to Wellington on flight SQ248 when he was given a rice dish as his meal option.

It was only as he got to the end of his dish that he made the horrifying discovery because the tooth gave a sickening crunch.

He told Australian Associated Press: “I threw my guts up.

“For the rest of the flight I was not well, just the idea of having someone else’s body part in my food is not nice.”

He took a photograph of the object and the passenger next to him also said he thought it was a chipped tooth.

Despite informing cabin crew of the incident, he was told they would need to take it away for testing, saying it was a “small rock”.

However, Bradley said: “It was without a shadow of a doubt a tooth.”

As compensation, he was given just a $75 (£40) voucher which he could only use on duty-free on Singapore Airlines flights.

A Singapore Airlines spokesperson told Sun Online Travel: “Singapore Airlines is aware that a customer travelling on flight SQ248 from Wellington to Melbourne on Tuesday 26 February found what appeared to be a foreign object in their meal.

“We sincerely apologise to the customer for this negative experience and for the inconvenience this has caused.

“We are currently investigating this incident and have sent the object for analysis. Once the results of the analysis are known we will determine what the most appropriate course of action to take is.

“We expect all of our meals to meet a consistently high standard and we are disappointed in this discovery.”

Sun Online Travel previously reported how a passenger was served a Chicken Tikka meal during a flight that was a week out of date, while another was served raw chicken in his meal.