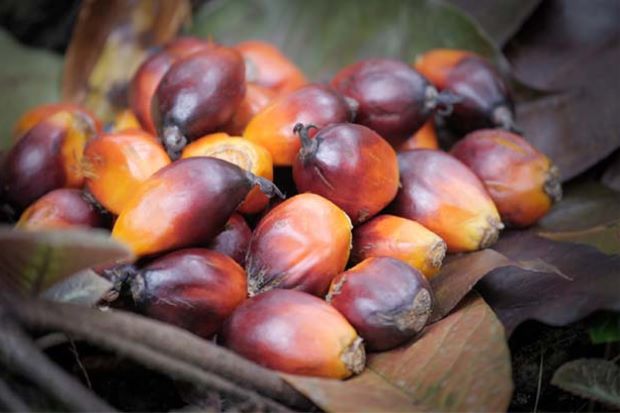 KUALA LUMPUR: Malaysian palm oil futures declined at the midday break on Monday, in line for a second session of losses in three, on concerns that production could rise in the coming weeks.

The benchmark palm oil contract for October delivery on the Bursa Malaysia Derivatives Exchange was down 0.2 percent to 2,189 ringgit ($539.96) a tonne at the midday break.

“The market is still concerned about how much improvement there will be in upcoming production,” said a Kuala Lumpur-based trader.

Output in Malaysia is expected to enter the high production cycle in the last quarter of the year, but annual production could fall short of forecasts and peak later in the season than usual.

Another Kuala Lumpur-based trader said appreciation in the ringgit also contributed to palm’s declines on Monday, as this makes the edible oil more expensive for foreign buyers.

The ringgit, palm’s currency of trade, gained 0.2 percent against the dollar by noon local time.

Palm oil prices are usually impacted by the performance of other edible oils as they compete for a share in the global vegetable oils market.

Palm oil is biased to retest a resistance at 2,218 ringgit per tonne, a break above which could lead to a gain to the next resistance at 2,249 ringgit, said Reuters market analyst for commodities and energy technical Wang Tao.- Reuters