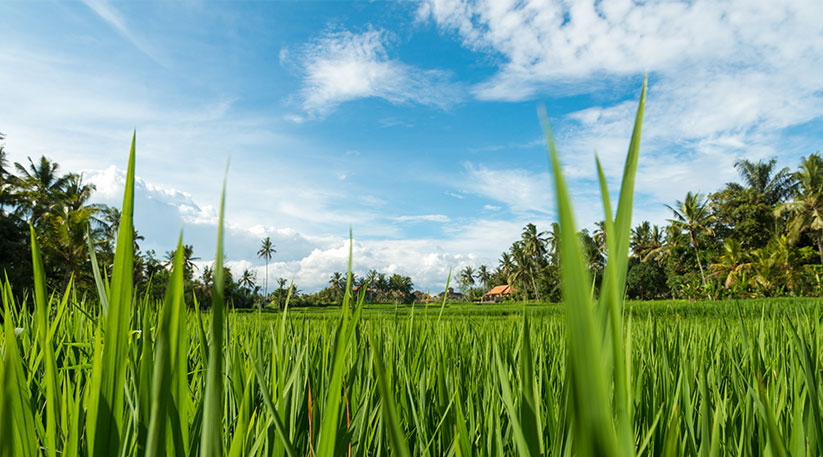 Malaysia is planning to diversify into food crops, in the face of fluctuating commodity prices and Western countries’ hostility towards palm oil.

In an interview with The Straits Times, Agriculture and Agro-based Industry Minister Salahuddin Ayub said there are plans to plant more food crops on agricultural land, including in oil palm plantations.

The move would help raise farmers’ income amid weak palm oil prices and criticism from the West that the industry contributes to widespread deforestation.

“We are not going to cut down all the trees,” Datuk Seri Salahuddin said of the new plan.

He explained that food crops would be planted in between existing crops and also on land with old palm trees, replacing the once-prized commodity.

The diversification plan has been agreed with the Ministry of Economic Affairs, which oversees national land development agency Felda. The agency has helped farmers cultivate cash crops since 1956.

The agriculture sector contributed 8 per cent, or RM96 billion (S$32 billion), to Malaysia’s gross domestic product in 2017. Almost half of this came from palm oil.

About 5 million of the country’s 7 million ha of agricultural land are used to cultivate oil palm, against the 1 million ha for food crops, of which more than half is taken up by rice fields.

Rubber trees take up close to another million ha of land.

Diversification into food crops and poultry farming is part of the government’s plan to help Felda settlers raise their income, by lowering their dependency on palm oil and rubber.

Crude palm oil prices have more than halved in the last eight years, falling from US$1,290 per tonne in February 2011 to US$521 per tonne last month.

Meanwhile, prices of tropical fruit and vegetables are rising.

The agriculture ministry is also encouraging paddy farmers to plant other more lucrative rice variants. Malaysia does not produce enough rice for domestic consumption and is a net importer of the grain.

“I’m recommending that some of the paddy fields be planted with fragrant rice. The price it fetches is higher,” said Mr Salahuddin.

To get farmers to plant different rice variants, the government needs to provide a smooth production network, such as having centrally located rice processing factories, said Mr Salahuddin.

Fragrant rice, for example, now has to be sent to Kedah state to be processed, discouraging farmers in other states from planting it, despite its higher market price.

Other issues that need to be addressed include raising crop yields and dealing with ageing farmers and limited agricultural land.

Mr Salahuddin said the government is embracing better technology that raises yield on smaller plots, consolidating land owned by elderly farmers and leasing it to younger farmers who will get incentives such as subsidies and training.

“We are also focused on identifying abandoned land, which will be used to plant cash crops,” he said.