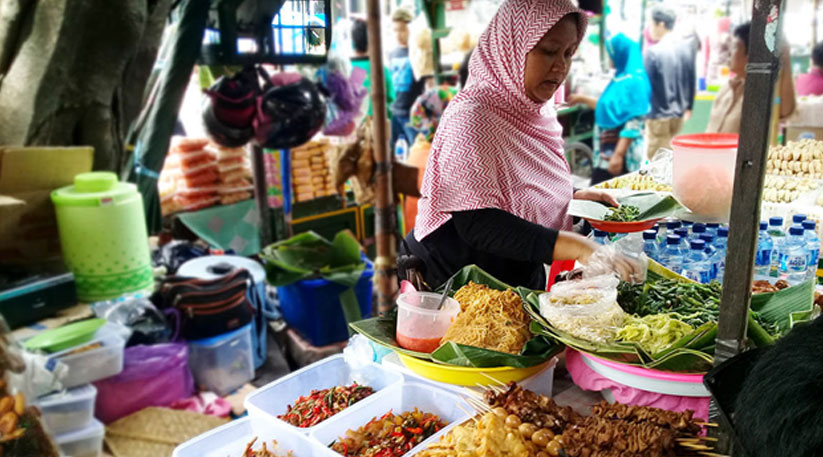 Indonesia is blessed with a plethora of street food vendors, offering a wide array of dishes at affordable prices. Jakarta alone has around 50,000 street food vendors, according to Stephen Rudgard, a representative of the United Nations’ Food and Agriculture Organization (FAO) to Indonesia and Timor Leste.

Amid plenty of choices, street food has several issues to overcome, including hygiene and low nutritional value.

Widhe Timholgit, an Indonesian living in Singapore, always makes time to eat street food whenever she is back in the country. However, four years ago, she caught food poisoning from eating local food.

“I just finished my confinement period after giving birth to my youngest son,” she recently told The Jakarta Post. When she returned home, she satisfied her cravings by eating a variety of street food, including gado-gado (vegetable salad in peanut sauce), rujak (fruit salad) and bakso (meatballs).

As she was breastfeeding her son, she avoided spicy food. Alas, she still fell sick. “I got diarrhea for around a week, which caused my breast milk to dry up. I lost 5 kilograms,” she recalled,” My son got diarrhea too.”

Widhe suspected that the street food she consumed was among the causes of the diarrhea. “I usually eat home-cooked meals,” she said.

Food poisoning is indeed among the problems faced by Indonesia, according to Food and Drug Supervisory Agency (BPOM) head Penny Kusumastuti Lukito during the Healthy Street Food Festival at Gelora Bung Karno Stadium in Senayan, Central Jakarta, on Nov. 10. “Around 20 million cases still occur every year,” she added.

Rudgard, who was one of the attendees, said the street food sector had yet to be regulated.

“There is no control, anybody can go to the streets and sell food,” he said.

However, Rudgard mentioned that regulating street food was going to be difficult as the sector was huge.

Responding to the issue, Astrid Maharani Prajogo, founder of food tours service Good Indonesian Food, told the Post that the street food situation was quite complex, saying that there were regulations, but they overlapped across ministries and other government institutions.

Astrid, who has been promoting local street food in other countries, said the vendors had a limited knowledge about nutritional value.

“[For the vendors], the most important thing is they can sell out their food,” she explained.

Astrid also said the street vendors most likely did not have a big enough budget to learn about nutrition, food safety and hygiene, product development and how to lure business.

That being said, Astrid saw that a mentoring program could be a solution to help the street food vendors.

“We need to ‘feed’ them [with information], instead of leaving them to rely on their initiative,” she said, recommending that both government and private institutions, such as food companies, give that kind of mentorship.

Rudgard suggested that the government increase awareness about the issue through publicity campaigns and promotion, sharing the standards they would like to see street vendors adhering to.

“If [the government] becomes more active, it can share those standards and the street vendors will begin to listen and gradually increase the quality,” explained Rudgard.

“We have to shift the mentality. There is nothing wrong with street food, as such, it can be good quality,” he added.