Indonesians Struggling To Quit Rice ‘Addiction’ Over Fear of Diabetes 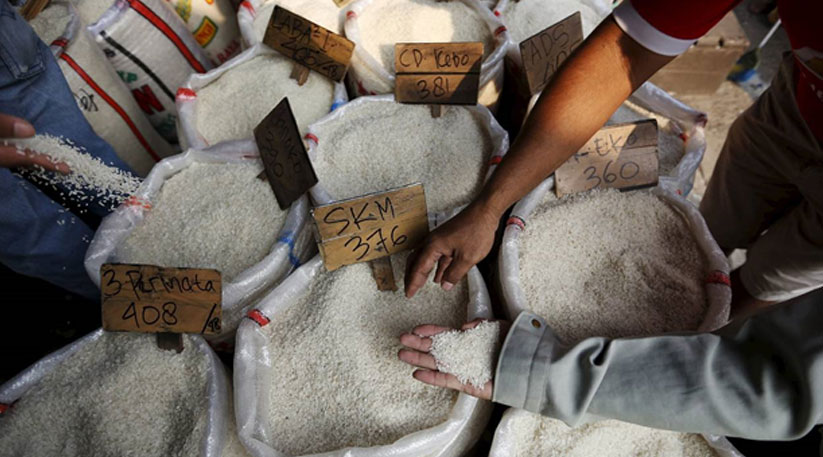 Indonesian Mirnawati once ate rice with every meal, but its link to diabetes convinced her to join a growing movement to quit a staple food in the third biggest rice-consuming nation on Earth.

As World Diabetes Day is held yesterday, the Southeast Asian nation is struggling to tackle a disease that affects as many as 20 million of its 260 million people, and has emerged as one of its deadliest killers behind stroke and heart disease.

But kicking the rice habit isn’t easy, with Indonesia’s favourite dish nasi goreng (mixed fried rice) sold everywhere, and the grain woven into the culinary fabric of a nation whose late dictator transformed it into a must-have meal.

“In my first week without rice I felt like I was being possessed by ghosts,” said Mirnawati, a 34-year-old former construction company employee who goes by one name.

“But now I’ll never go back to it,” she added, about four months into her new diet.

Complications from diabetes, which affects some 425 million globally, can lead to heart attacks, stroke, blindness and even limb amputation.

Most of the world’s sufferers live in low and middle-income countries like Indonesia.

Rice is packed with fibre and key vitamins. But an unbalanced diet that relies too heavily on refined white rice has been linked to an increasing global prevalence of diabetes and insulin resistance as it raises blood sugar levels, according to experts.

That is what led Mirnawati — along with her mother and cousin — to drop rice in favour of more vegetables, meat and nuts.

It is a step that an increasing number of Indonesians are taking in an informal ‘no rice’ movement, although there are no official numbers.

The push, partly driven by social media, has been backed by local governments including cultural capital Yogyakarta which last year rolled out a campaign to convince residents to go without rice at least one day a week.

Indonesia’s legacy of rice politics makes the task tougher. Rice — and rice production — was the cornerstone of dictator Suharto’s ambitious bid for food self-sufficiency. The programme began in the 70s and in a couple of decades had weaned much of the population off corn, sweet potatoes and other staples in favour of rice.

With local governments pushing the message, Suharto’s administration even sold rice consumption as a ticket to higher social status.

“People were given this illusion that rice was healthier, gave you a higher social status and tasted better than other staple foods,” said Anhar Gonggong, a historian at the Indonesian Institute of Sciences.

“There was an authoritarian aspect to this rice myth. Not in the sense that guns were pointed at people to force them to eat rice, but it implanted the myth deeply in the minds of many Indonesians.

“Now we know the impact that rice has had on our society.”

Now, Indonesia is now trying to reverse its decades-old policy by convincing citizens to reduce their consumption of rice, but officials acknowledged bringing it down to average global levels could take decades.

Selling millions of Indonesians on a low- or no-rice diet will be a Herculean task, despite the possible health benefits.

“My tongue is too Indonesian — I just couldn’t stay away from it.”