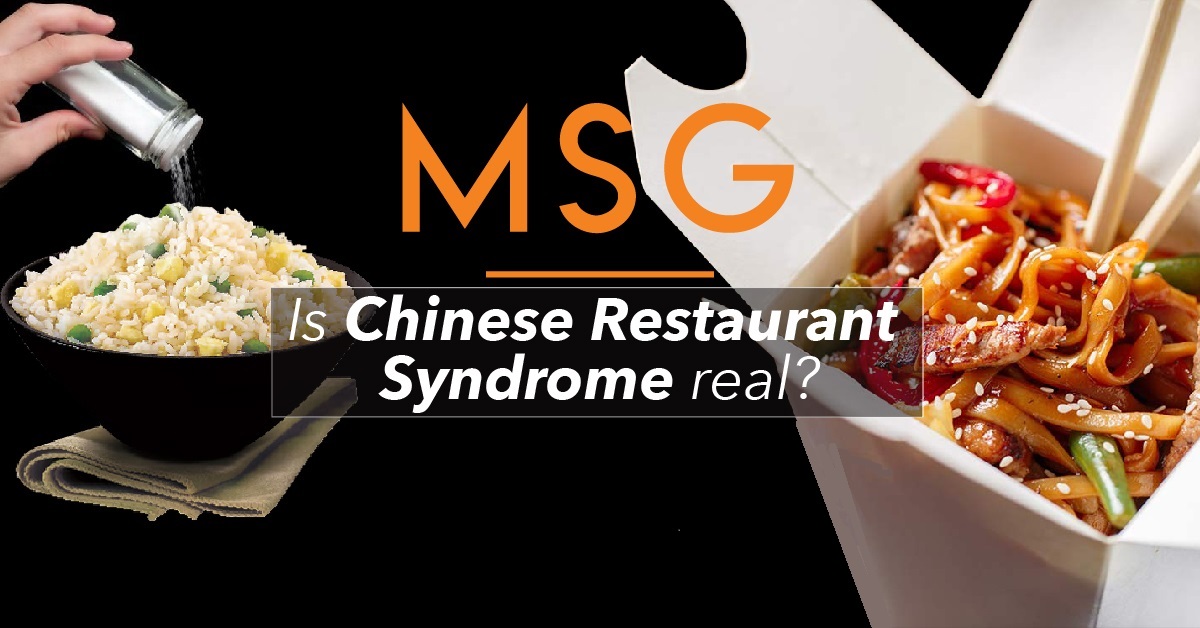 Monosodium glutamate or MSG for short has been the source of much negative controversy for decades now. Usually linked to the ‘Chinese Restaurant Syndrome’, this infamous ingredient is widely used in snacks, instant foods, freshly-prepared dishes, salad dressings, condiments and more. There has been a flood of alleged evidence pointing out its various adverse effects, with these claims further fuelled by popular press and social media. Yet, scientific studies have repeatedly indicated that MSG is safe to be consumed by the general public at ordinary levels.

As the food experts of Asia, we thought it’s about time someone ends (or tries to at least) this long drawn out debate. Read on as we break down what exactly is MSG and get behind the truth, is it really harmful to our bodies?

A common food additive, Monosodium Glutamate (MSG) was first isolated from seaweed in Japan in 1908. It doesn’t produce a flavour on its own, but it boosts the tongue’s perception of certain flavors – “umami” in particular – that are already present in the food. Although it enhances the taste buds, negative remarks arose in the 1960s after Dr. Robert Ho Man Kwok complained of suffering from “general weakness, numbness, and heart palpitations” after consuming foods with MSG at a Chinese restaurant – symptoms that are since known as the ‘Chinese Restaurant Syndrome’.

As the name implies, Monosodium Glutamate (MSG) is the product of sodium (Na) and glutamate, known as a sodium salt. Sodium, as we all know is what salt is made off and it is naturally present in numerous foods. On the other hand, Glutamate, the basic component of MSG, is a synonym for glutamic acid which is a naturally occurring amino acid. It’s one of the building blocks of protein, according to Ken Lee, a professor and the director of food innovation at Ohio State University. In watery or fluid conditions, MSG would break down to sodium and glutamate.

Natural glutamate occurs in many foods like mushrooms, tomatoes, and cheese and is used as an additive in tons of “MSG-free” products.

Why do people think MSG is harmful?

Let’s dissect the negative accusations thrown at MSG over the years, most predominantly, the premise of MSG leaving adverse effects on the brain. Glutamate, the G in MSG, plays a role in the brain and acts as an “excitatory” neurotransmitter, meaning that it excites nerve cells in order to relay its signal. Many claim that MSG leads to excessive glutamate in the brain, leading to excessive stimulation of nerve cells. This claim is backed by an experiment conducted in 1969 where large doses of MSG were injected into new-born mice. Subsequently, these mice were shown to have harmful neurological effects. This observation which was made almost 50 years ago has been igniting fear till this very day.

The fear is further solidified via Excitotoxins: The Taste That Kills, a book published in 1996 by neurosurgeon Dr. Russell Blaylock which highlights that nerve cells, including the ones in the brain, can be destroyed by the excitatory effects of glutamate from MSG.

United States of America’s Food and Drug Administration (FDA) classifies MSG as a food ingredient that is usually acknowledged as safe for general consumption. But still, after a nation’s team of food scientists deems its safe, MSG use remains controversial. It is actually a fact that increased activity of glutamate in the brain could have harmful effects, but do note that we are not injecting huge dosages of MSG into our body, only consuming particle amounts of it with our food. To this date, there are no clinical studies done to support the claim that MSG is bad for human consumption.

Steve Witherley, a food scientist holding a PHD in Human Nutrition has gone further to challenge MSG’s bad reputation, by reporting to British publications that ‘everyone should cook with MSG’.  Witherley has created his own ‘supersalt’ which consists of nine parts salt, one part MSG, along with touches of disodium inosinate and disodium guanylate.

Those who experience the Chinese Restaurant Syndrome after consuming MSG may just be sensitive to MSG. According to the American Chemical Society, “MSG can temporarily affect a select few when consumed in huge quantities on an empty stomach, but it’s perfectly safe for the vast majority of people.” Researchers have yet to find definitive evidence linking MSG to those symptoms. Researchers however do acknowledge that, a small percentage of people may have short-term reactions to MSG. Symptoms are usually mild and don’t require treatment. The only way to prevent a reaction is to avoid foods containing MSG altogether.

Take it with a pinch of Salt

Like every food ingredient out there, too much of a good thing isn’t necessarily a good thing. Carbohydrates are a good energy source for our bodies, but too much of it may lead to weight gain. The same premise could be applied to MSG. Should you eat a lot of MSG – just like if you ate huge quantities of salt – you would feel sick, but consume it in a reasonable amount, it should be completely safe.