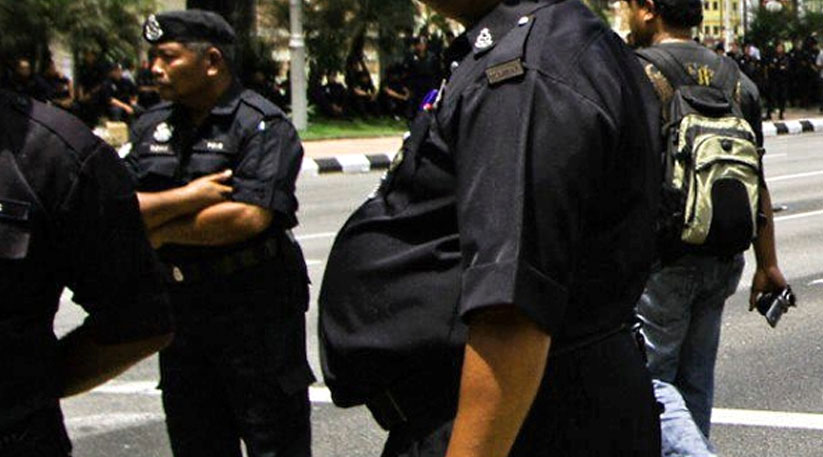 Malaysia is Asia’s fattest country with approximately half of the population overweight or obese.

Obesity means having too much body fat. It is different from being overweight i.e. weighing too much. Both terms mean that a person’s weight is greater than that considered healthy for his or her height.

The prevalence of overweight and obesity had increased 80.7% and 302% respectively in just under two decades. The prevalence in children below 18 years was not encouraging, with 11.9% obese (NHMS 2015).

Obesity can lead to serious and potentially life-threatening conditions like cardiovascular disease, diabetes, stroke, gall stones, and some cancers like breast, uterine and colon cancer.

It can also lead to psychological conditions like low self-esteem and depression.

The prevalence of high blood pressure (known and undiagnosed) among adults (18 years and above) in 2015 was 30.3%.

There were two persons diagnosed with high blood pressure compared to three undiagnosed persons i.e. a ratio of 2:3.

The prevalence of diabetes (known and undiagnosed) among adults in 2015 was 17.5%.

The prevalence of hypercholesterolaemia (known and undiagnosed) among adults in 2015 was 47.7%.

The Institute of Health’s Second Burden of Disease Study for Malaysia in 2012 singled out high blood pressure, smoking, diabetes, high cholesterol and overweight/obesity as the biggest contributors to disability and death.

These risk factors are the ingredients for the perfect storm for the Malaysian healthcare system, which is already under stress.

The economic costs of obesity are considerable. The total (direct and indirect) costs of obesity of Malaysia are the highest in ASEAN, accounting for 10-19% of national healthcare spending.

Among Malaysian obese males, obesity-linked diseases reduce productive years by six to 11 years, next to the Philippines.

Calorie intake and output varies with individuals, and in the same individual, with age. The factors that affect body weight include genetics, over-eating and lack of exercise.

An international workshop in October 2017 identified key challenges in developing an obesity strategy. They included “lack of co-ordination between stakeholders, which impedes the development and implementation of a comprehensive strategy to tackle obesity; research outcomes of obesity studies and the evaluations of obesity interventions are not effectively disseminated; there are no routine evaluations of interventions despite a number being well executed and large scale research is insufficient; hence there is a lack of local and national prevalence data on the determinants of health-related behaviours that are necessary to develop targeted policy measures (Source: Addressing the global health challenge of obesity in Malaysia. Academy of Sciences [Malaysia] and the Academy of Medical Sciences [United Kingdom] April 2018).

The Health Ministry’s target for obesity and diabetes by 2025 was to halt its rise (Source: National Strategic Plan for Non-communicable disease [2016-2025], page 14). This unambitious target raises serious questions, including whether the war has been considered lost at the outset.

The best way to prevent and/or treat overweight and obesity is consumption of a healthy diet and regular exercise. The diet has to be balanced and calorie-controlled for the overweight/obese.

The interventions on food intake that are promising for individuals and populations include physical exercise; simple food labelling to help inform choices; consumption of foods with low sugar and fat content; and measures that are children-focused.

Apart from physical exercise, these interventions take time for its effects to exert an impact.

The 10,000 steps-a-day campaign was launched by the then Health Minister in 2009. There have been no reports of its achievements, if any. In particular, there is very little news on this intervention, which is of low-cost and potentially effective.

However, to be successful, the intervention needs persistent long-term reinforcement and perhaps, even rewards.

The print and electronic media is a useful channel to reach the population to increase education and awareness of healthy body weight management.

The overweight/obesity epidemic is in dire need of a concerted long-term effort to reduce the prevalence. Otherwise, the healthcare delivery system will be plagued by its individual, population and economic effects.

The whole machinery of government has to drive this effort with leadership from the highest levels.