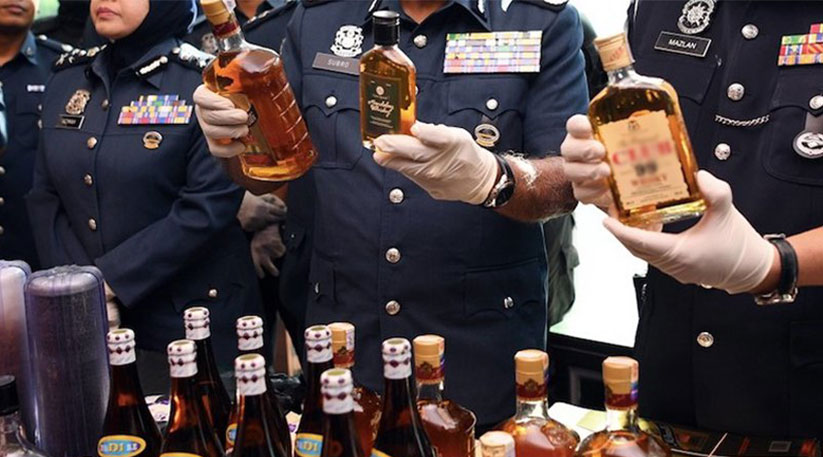 A total of 19 men have died while 14 others are warded in critical condition, due to suspected alcohol poisoning.

They are among 51 men who had consumed three brands of alcoholic beverages – Mandalay Whiskey, Kingfisher Beer and Grand Royal Whiskey – purchased from multiple shops in the Klang Valley on Monday.

All the victims had a history of consuming compounded hard ­liquor, said the Health Ministry in a statement late yesterday.

“Samples of the alcoholic beverage taken during the investigation at the sale premises have been sent to the Sungai Buloh National Public Health Laboratory for an analysis of the content,” said Health director-general Datuk Dr Noor Hisham Abdullah.

He said most of the victims had shown early signs of methanol poisoning, including stomachaches, nausea, vomiting, headaches and blurred vision with some developing shortness of breath, cramps and sudden unconsciousness.

“All the necessary lab tests have been conducted, including taking blood and urine samples from the victims, which were later submitted to the forensic lab for further examination,” he said.

As at 5pm yesterday, the number of cases had risen to 51 involving methanol poisoning, comprising 45 cases in Selangor and six in Kuala Lumpur.

“From the total, three of the victims are Malaysians while 48 of them are foreigners from Myan­mar, Nepal, Bangladesh and India,” said Dr Noor Hisham.

“Nine of them have been moved to the hospital ward for further treatment and care, while another nine victims have been allowed to return home after being treated.

“The total number is expected to increase with more patients coming in for treatment of methanol poisoning,” he said.

A police report had been lodged by the ministry to investigate the supplier, beverage manufacturer and source of poisoning, as well as to stop the selling of compounded hard liquor in the market, he added.

“Those hospitalised are being treated at Sungai Buloh Hospital, Banting Hospital and Kuala Lumpur Hosp­ital, among others,” he said.

It is learnt that police raided two grocery shops in Kampung Baru Sungai Buloh yesterday and seized boxes of alcohol beverages in connection with the cases.

It is believed that the shops were run by foreigners.

When met, Dolmo Maya, 37, still could not believe that her husband Aaite Singh was dead.

She said Aaite had called her at 2pm on Monday to complain about shortness of breath.

“When he came home after work last night (Sunday), my husband told me that he’d had a few drinks.

“He looked fine then. When I left for work the next morning, he was still all right,” she said when met outside the Sungai Buloh Hosp­ital mortuary yesterday.

“After he called me, I rushed home and brought him to the hospital. It happened so fast. Within 15 minutes of reaching the hospital, I was told that he was gone,” she said.

Dolmo looked lost as she squatted along the corridor waiting for word about her husband’s remains.

Aaite, who had been working at a plastic factory for the past eight years, leaves behind three children aged 10, 15 and 17.

According to media reports, the number of deaths from drinking toxic bootleg alcohol in Indonesia has spiralled past 100 since March because of contamination.

Dozens more people are in critical condition in the worst string of homebrew deaths in recent years.

The world’s most populous Mus­lim majority country banned the sale of alcohol in most convenience stores and small shops outside holiday hotspot Bali in 2015, although it is still widely available in supermarkets, bars and hotels.