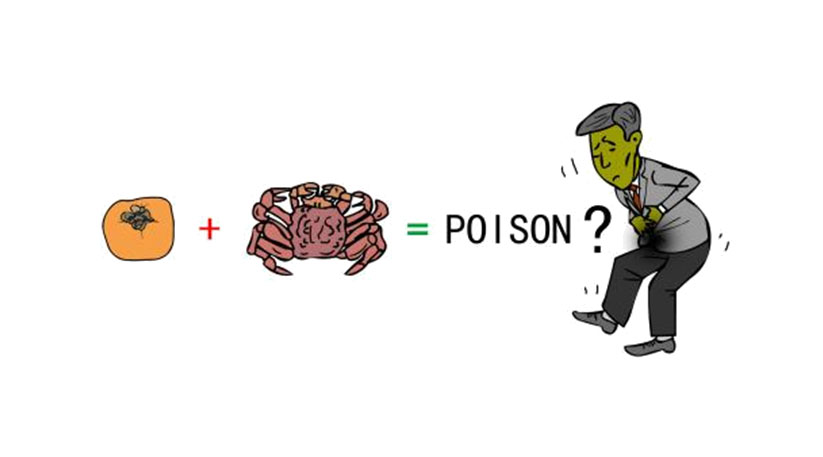 China’s state television broadcasters have taken a strong stance against the widely-practiced Chinese belief that combining certain foods when cooking will produce a fatal poison.

During its annual televised gala for the ‘National Day for Protecting Consumer’s Rights’, there was a 13-minute-long segment in which they attempted to debunk a number of pervasive myths about the detrimental combination of specific foods.

CCTV explained that a commonly-held belief in China is that red dates must not be combined with miniature shrimps when cooking because the two ingredients will produce arsenic. Additionally, people make a point of not eating durian fruit and milk at the same time because the combination will produce caffeine, therefore causing blood pressure to soar.

To combat these ingrained beliefs, the segment featured an interview with College of Food Science and Nutritional Engineering professor Fan Zhihong who reassured the televised audience that they won’t get sick from eating deadly food combos, urging the public to select foods based upon nutritional and hygienic value instead.

Thebeijinger.com reports that CCTV is doing much more than just correcting old wives’ tales. The debunking of food restriction will have serious repercussions for authors and consultants who have made food restriction into a major industry.