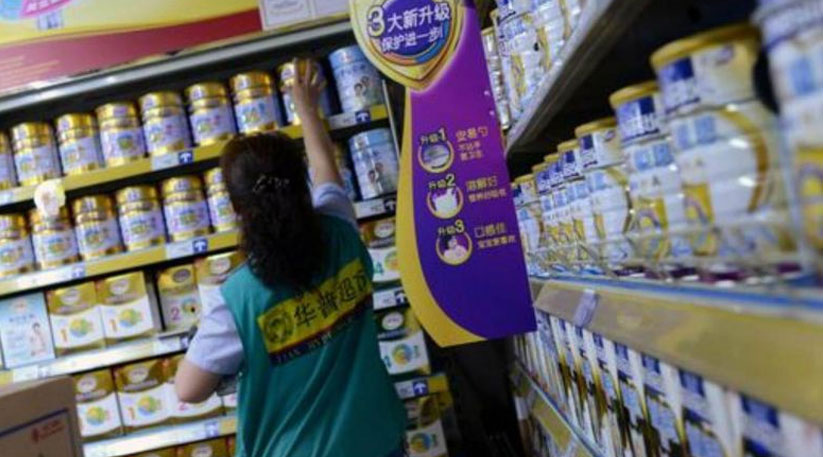 A safety overhaul of China’s notorious baby-formula industry removed about 1,400 products from store shelves this week, clearing the way for international brands.

SHANGHAI (BLOOMBERG) – A safety overhaul of China’s notorious baby-formula industry removed about 1,400 products from store shelves this week, clearing the way for international brands such as Nestle and Danone to grab greater shares of a US$20 billion (S$26 billion) market.

The regulations, effective from Jan 1, require factories making formula to register those products with China’s Food and Drug Administration (FDA) and pass safety inspections. Plants are limited to working with three brands, and those brands can make only three different products each.

Products not certified by the government were banned from sale. Those typically came from smaller, sometimes dubious local brands that used generic powder and put their own labels on it. With the new laws, they have been shoved out of factories in favour of multinational heavyweights with enough demand – and consumer trust – to keep manufacturing lines running at capacity.

“There are so many formulas for infant milk powder in the market,” said secretary-general Liu Xuecong of the government-supervised China Nutrition and Health Food Association. “Making formula is random and changes so frequently, and companies put forward so many concepts that consumers find it difficult to choose.”

China’s FDA has approved 940 infant-formula products from 129 factories so far, the agency said. That compares with more than 2,300 formulations available to parents before Jan. 1.

The shakeup, in line with President Xi Jinping’s call to improve the quality of life for Chinese, has its roots in a 2008 scandal in which melamine-tainted milk and formula killed at least six infants and sickened tens of thousands more.

Even after a subsequent crackdown, scandals continued. In 2016, Shanghai police arrested nine people for producing and selling fake formula under the brand names Similac and Beingmate.

Mothers paranoid about what they were feeding their babies turned to more-expensive foreign brands they assumed contain better ingredients and passed stricter safety checks. That vaulted Nestle, Danone and Reckitt Benckiser Group into the top spots in the US$20 billion market, according to Euromonitor International.

“If the quality is good, I’ll buy it, even if the price is high,” Ms Zhou Liwen, a 34-year-old mother of a three-year-old son, said in Shanghai. “I have never considered local-brand formula. Safety is the biggest problem.”

The government is trying to strengthen quality control by requiring factories to send formula samples to authorities such as the Chinese Academy of Inspection and Quarantine. The factories then submit those inspection reports to the FDA, which also plans to conduct spot checks.

Foreign companies are positioning themselves to capitalise by targeting parents in China’s secondary cities and countryside, where local brands typically dominated.

One way is through the mother-baby retail chains, such as Babemax and Kidswant, spreading across the country. These types of stores emerged about a decade ago, mostly near hospitals with big maternity wards, and now account for half of all formula sales.

Capturing those families will be crucial. With the relaxation of China’s one-child policy, Reckitt Benckiser anticipates about 20 million babies being born annually, which could trigger an annual growth rate of at least 7 per cent in the infant-formula category during the next five years, said spokesman Patty O’Hayer.

The company bought Mead Johnson for US$16.6 billion last year, and its Enfa and Enfinitas brands were approved for sale. Asia generated half of the Enfa lineup’s US$3.7 billion in sales for 2016.

Nestle, the world’s biggest food company, is reassessing its sales strategy in China, said business executive officer Binu Jacob overseeing the infant-nutrition business in the region. The Vevey, Switzerland-based company generated about 7 per cent of its revenue in the Greater China region in 2016. Its best-selling baby-formula products in China include Illuma and S-26.

“We see opportunity in the low-tier cities of China. We are also reviewing our portfolio to see what products are more relevant to capture this opportunity.”

Danone, the No. 2 seller in China, is bolstering its direct-to-consumer e-commerce business, said Ms Bridgette Heller, executive vice-president of the company’s early life nutrition unit division. Its best-selling products in China include the Nutricia line.

The Paris-based company wants to deploy technology such as laser printing to make tampering more difficult and QR codes to ensure traceability of a product back to the factory – moves intended to assure Chinese parents concerned about food safety.

“This legislation is really welcomed by us and leaders in the industry because it does represent a move forward in protecting consumers and giving them higher confidence and a higher peace of mind,” Ms Heller said. “China will have greater oversight of the products that are coming onto its market.”