Fooled By Supermarkets: Trout Is Sold As Salmon 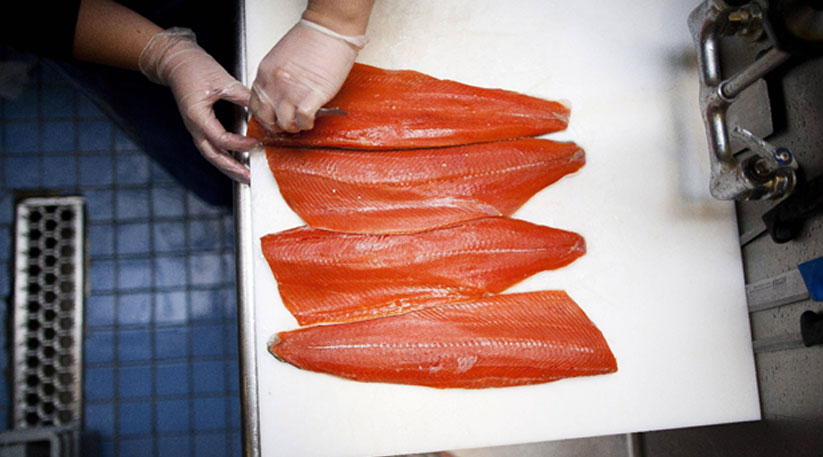 In 2018, The China Fisheries Association introduced a ruling that enabled Trout to be labelled and sold as Salmon after media reports of consumer dissatisfactions over the misleading practices of fishmongers and supermarkets.  Instead of banning the practice, the Chinese authorities decided that their best solution was to legitimise it, as they are both similar looking fish.

In other developing countries in South East Asia, supermarkets have long been labelling the cheaper Trout as the more expensive Salmon, capitalizing on consumers’ inability to tell the two fish apart. This ill practice is often carried out on seafood that are not locally grown as local consumers are less familiar with such as posing Crayfish as baby Lobsters.

Many consumers find it almost impossible to tell the difference between Salmon and Trout. Both look fairly similar and the problem is compounded by the fact that retailers sometimes deliberately mislabel trout as salmon and both fish often receive the dubious misnomer Salmon-Trout.

But in reality, there is no such thing as Salmon-Trout. Salmon is Salmon and Trout is Trout. But this acute mislabelling has led to a lot of confusion among consumers. As they are basically two different types of fish which happen have a lot of similarities, they also have a lot of differences.

As the Food Experts at Ricebowl Asia, we take it upon ourselves in educating the market to be able to distinguish between salmon and trout and not be fooled by the supermarket chains.

Although China now farms and produces their own Trout, most of the exportation of Trout and Salmon comes from Norway. Norwegian Trout is farmed in the untainted, ice-cold Norwegian fjords where seawater meets fresh meltwater from the glaciers and snow. In terms of production, Trout makes up only 5 per cent of the total production of Salmon, which is a huge industry in Norway and is farmed along nearly the entire coastline from East Finnmark to Western Norway.

Trout grows to a weight of 2kg to 5kg, a little smaller than Salmon, which tends to weigh between 3kg and 6kg. The skin of the Trout is similar to Salmon, with a glistening and silvery colour, although Salmon typically has more black spots near its face. This may be a bit confusing if sellers chop the fish prior to selling it.

As for the colour of the flesh, Trout has a more florid red-orange flesh as compared to a softer-peach coloured Salmon flesh. Consumers often associate the colour of the fish with quality. They perceive that flesh that is brighter red to be better quality than fish that is less red. In this Trout and Salmon comparison, that doesn’t mean their quality is different as theyr are just two different types of fish.

If you observe closely, the head of a Trout and the head of a Salmon also have distinguishing features – Trout head is rounder while Salmon head is sharper. Trout has very large mouth which end beyond its eyes while Salmon has a much smaller mouth, which does not stretch beyond the line of eyes. Salmon has slimmer wrist of tail and forked tail, while Trout has broad wrist of tail and squarish tail. Salmon’s tail is less slippery compared with tail of trout.

In terms of taste, Salmon has that characteristic velvety smoothness while Trout has a firmer, more voluptuous bite to it.

Both types of fish offer a lot of nutritional benefits. One of it is Omega-3, which is known to reduce and prevent the development of cardiovascular diseases, at the same time being important building blocks in the brain. Trout is also rich in vitamin D which aids in strengthening bones, while Salmon is loaded with vitamin A which contributes to good vision and immune response. Both fish offer selenium, an important element in an enzyme that fights harmful chemical processes in the body.

Like Salmon, Trout can be incorporated into meals in a variety of ways, including pan-frying, grilling and smoking. It can also be eaten raw, as a sashimi dish.