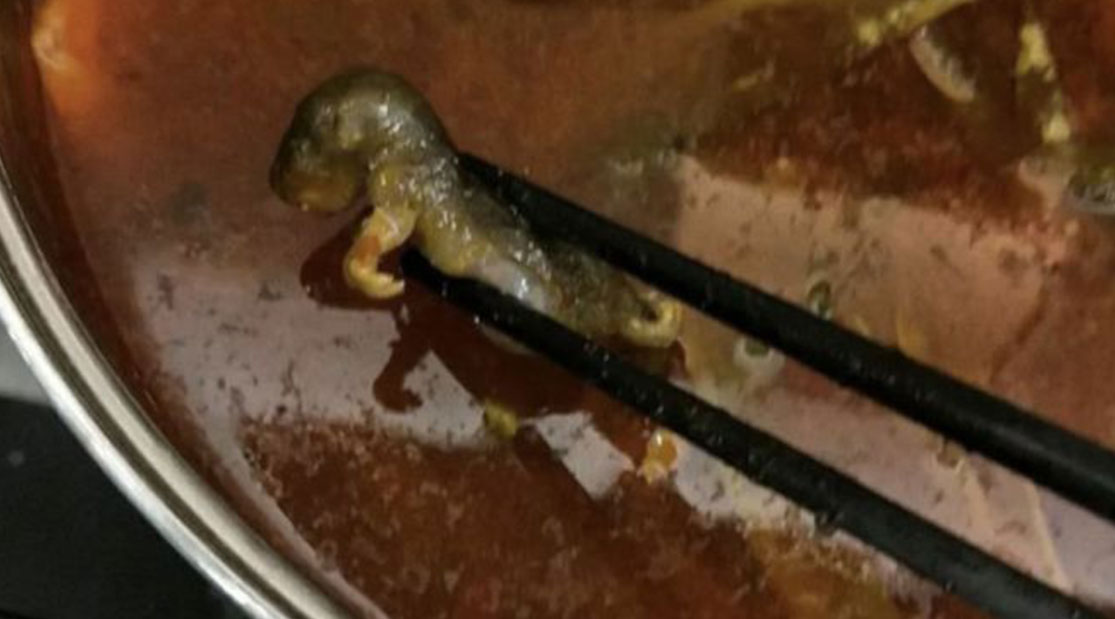 Shares plummeted after customers found unwanted meat in their dinner

A couple dining at a well-known hot pot chain in eastern China have fished out what appeared to be a rat from their pot of stewed meat and vegetables.

Video footage of a diner holding the rat with a pair of chopsticks circulated on social media and a report of the incident appeared on 7 September. By Tuesday, shares in the restaurant’s parent company, Xiabuxiabu Catering Management, had fallen 12%.

A man identified only by his surname, Ma, said his wife had discovered the rodent. “She was so scared that she threw her chopsticks out immediately,” he told the local website Weifang.sdnews.com in Shandong province.

Ma said the restaurant offered him and his wife, who was pregnant, 5,000 yuan (US$730) in compensation, but they refused because they first wanted to go to the hospital.

Food safety is particularly sensitive in China where consumers have witnessed incidents from buns filled with cardboard, the use of gutter oil, and counterfeit baby formula. Hot pot restaurants have been found to use fake meat as well as chemicals to mask the smell or taste of rotten meat.

Xiabuxiabu, whose shares have gone down, said in a recent statement in response to reports of a “foreign object” at one of their restaurants, it had closed that restaurant, which would now undergo a “full self-examination”.

The company said it had set up a team to conduct an investigation of the incident and would publish the results of that study. “At present, we are still communicating with the customers and actively negotiating solutions,” it said.

Xiabuxiabu, one of the most popular hot pot chains in the country, has more than 750 stores in China. Last year, its rival Haidilao hosted webcams to live-stream its food preparation process after media reports exposed the chain’s use of rat-infested kitchens.