McDonald’s has a legal problem in pizza-loving India 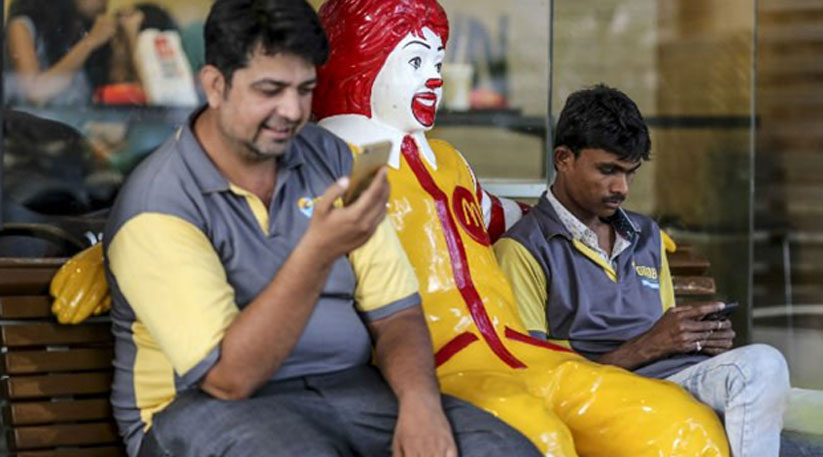 Shares of India’s Domino’s Pizza operator Jubilant Foodworks Ltd. have more than doubled in the past year as the country’s biggest quick-service outlet benefits from a surge in online orders for home pizza delivery.

NEW DELHI: McDonald’s Corp. has a problem in India and its rivals are loving it.

Even as the world’s largest restaurant chain tries to woo Indian stomachs with such menu items as the McAloo Tikki (a potato and pea patty on a bun), a legal dispute with a key franchisee partner has put it on the back foot. Shares of India’s Domino’s Pizza operator Jubilant Foodworks Ltd. have more than doubled in the past year as the country’s biggest quick-service outlet benefits from a surge in online orders for home pizza delivery.

A pickup in the economy and growing demand from the planet’s largest youth population are boosting fast-food sales in India. Researcher Euromonitor International predicts the market will expand 5.8% to US$21.2 billion this year — a 50% jump since 2008. Domino’s and Subway have gained share, eroding McDonald’s hold, Euromonitor data show.

McDonald’s terminated its agreement with Connaught in August, though the Indian venture has kept running its 169 outlets while the dispute is adjudicated in the courts. Bakshi has been fighting Oak Brook, Illinois-based McDonald’s since 2013, the same year Domino’s overtook McDonald’s as India’s largest fast-food brand.

A McDonald’s spokesman declined to comment on the matter because it’s under judicial consideration and prohibited from being discussed outside of the courts. The Indian unit of the US company hasn’t been able to verify if Connaught-run restaurants are complying with McDonald’s standards, he said.

Opening Outlets
Westlife Development Ltd., the other McDonald’s franchise partner, runs 271 stores in the southern and western parts of India. According to a company spokeswoman, it plans to expand to as many as 500 outlets by 2022 — growth prospects that have helped propel the shares 53% in the past 12 months.

Meantime, Jubilant Foodworks is forging ahead and has said the company is on course to have added at least 30 Domino’s stores this financial year to its 1,127-strong network across 265 cities.

“There is significant potential for the pizza business in the country, and we are committed to leveraging that potential,” Chief Financial Officer Pratik Pota told analysts and investors on a conference call in January, according to a transcript.

Jubilant’s profit more than tripled to 660 million rupees in the quarter ended Dec. 31 from a year earlier, helped by the Indian government’s introduction of a goods and services tax for restaurants in July, which Co-Chairman Hari Shanker Bhartia said would boost India’s organized restaurant industry at the expense of “unorganized” vendors. Hawkers and small operators combined make up the bulk of India’s fast-food market.

Jubilant Investors
The shares have climbed 33% in Mumbai trading this year, making Jubilant the best-performer among stocks on the S&P BSE 200 Index.

“Jubilant has clearly gained from the ongoing fracas” involving McDonald’s, said Santosh Kanekar, an adviser at BeLive Corp. in Mumbai. Chains such as Burger King and KFC will also be trying to gain market share, he said.

Domino’s became the first food-services company in India to begin taking online orders nationwide, Jubilant said in 2011. Since then, online ordering has become “a significant engine of growth,” Pota said on the Jan 19 earnings call. “As technology gets embraced across the pop strata, as smartphone penetration increases, I’d expect this growth to continue.”

As for McDonald’s, resolution with Connaught will take time, the spokesman said. Meantime, India remains an important market and its local unit is looking for a new partner, he said.