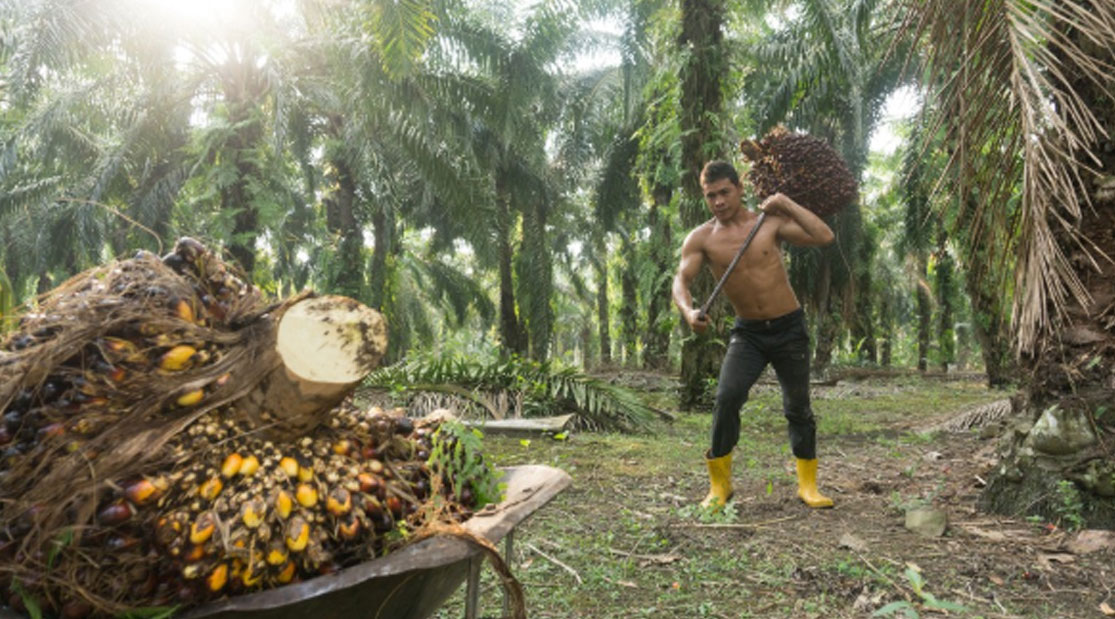 ‘It is not for us to argue the case for palm oil,’ say British diplomats

The world’s biggest palm oil producing nations, Indonesia and Malaysia, have both reportedly attempted to persuade the British government to take action after supermarket chain Iceland announced it was cutting palm oil from its own brand products.

The two countries produce 90 per cent of the global supply of the oil, which is used in swathes of food and cosmetic products, and is both countries’ main agricultural export.

Europe is the second largest market for palm oil, after India, but consumers are becoming increasingly aware of the potentially devastating environmental impact of palm oil production.

In April, Iceland said it was removing palm oil from its own-brand products. The company, which is also phasing out the use of plastics, cited concerns about environmental degradation and deforestation, which is destroying the habitats of many critically endangered species, such as the orangutan.

A freedom of information request by Unearthed – Greenpeace’s investigative journalism unit – revealed, six days after Iceland’s announcement, British diplomats had written to colleagues in Indonesia and Malaysia about how to handle the nations’ apparent concern over the supermarket’s move.

One email read: “The Indonesians and Malaysians need to recognise that these developments are being driven by (legitimate) concerns about the environmental impact of palm oil production, which they have not adequately addressed. It is not for us to argue the case for palm oil.”

“[The Malaysians and Indonesians] need to recognise that Iceland is a private company; HMG [the UK government] has not encouraged them [Iceland] to take this decision, but neither would it be appropriate for us to attempt to dissuade or criticise them,” wrote one Foreign Office official.

Iceland has since made further headlines, after releasing an advertisement in collaboration with Greenpeace that featured a cartoon orangutan mourning the loss of his rainforest home, and which was voiced by the actress Emma Thompson.

The ad was banned after it was deemed to have breached political impartiality rules.

The ban intensified attention around the issue, though, sparking debate over advertising standards and the impact of palm oil, and providing Iceland with significant publicity – the ad has been watched more than 30 million times online, Greenpeace said.

Teresa Kok, Malaysia’s primary industries minister, said: “We will not be cowed or stand by idly when nasty advertisements by Iceland mislead people in markets that are crucial to us. We will fight back with facts from scientifically researched data.”

Another FOI request by Greenpeace this year revealed some of the other methods by which the Malaysian government had attempted to maintain its European export markets.

In May, British diplomats warned the UK government backing a proposed EU ban on imports of palm oil could put a lucrative arms deal between BAE systems and the Malaysian government at risk.

British officials said supporting the ban could prompt Kuala Lumpur to rule out a multimillion pound deal to replace its fleet of fighter jets with British built Typhoon aircraft.

Over the last 15 years, demand for palm oil has soared and the product is found in a huge range of foods and toiletries. It is now thought to be present in around half of all supermarket products, leading the industry to launch attempts to certify it is sustainable.

But Richard Walker, Iceland’s managing director, said the supermarket had decided to remove palm oil because there was none available on the mass market that could be verified as sustainable.

This year, the International Union for the Conservation of Nature published a report which suggested palm oil certified “sustainable” is only slightly less damaging to rainforests than that from uncertified production.

Since 2002, more than 150,000 orangutans are thought to have been wiped out as a direct consequence of the palm oil industry.

A spokesperson for Iceland told The Independent: “We are in correspondence with the Indonesian government regarding this matter, and want to ensure all concerns are listened to. We have always understood that the issue of palm oil is a complicated one.

“We have never called for an outright boycott of palm oil. We are not anti-palm oil, we are anti-deforestation.”

A Home Office spokesperson told The Independent: “We share the public’s concerns about the environmental impact of palm oil and are committed to helping companies to implement zero-deforestation supply chains. The UK will continue to work with foreign governments, and industry, to support the sustainable production of palm oil.”