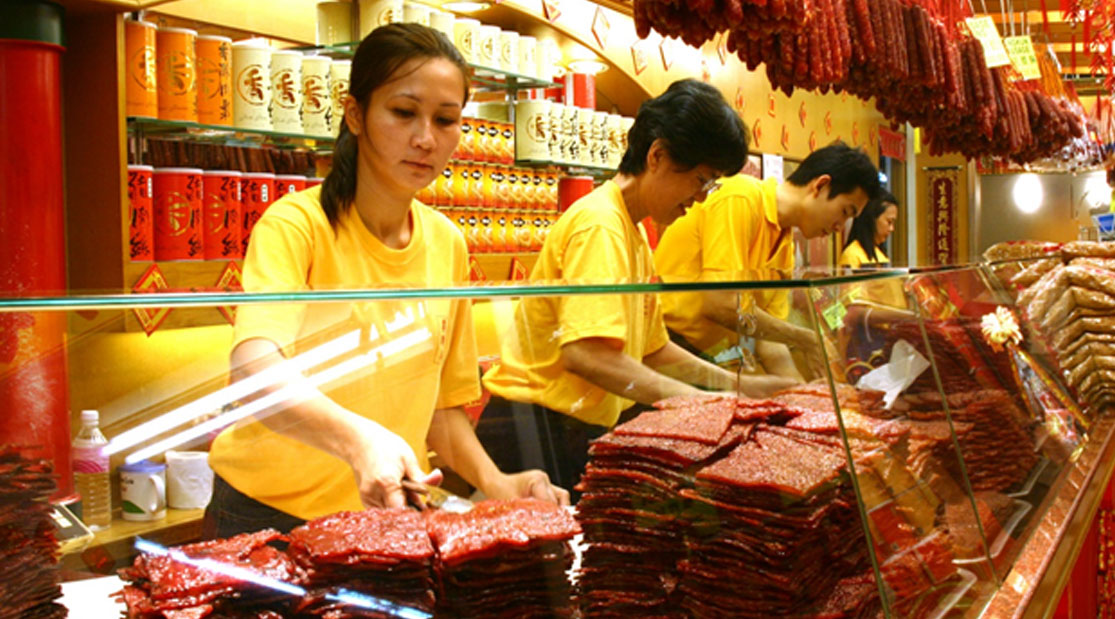 Malaysia is stepping up its enforcement to prevent the African swine fever (ASF) virus from spreading to the nation following its outbreak in other countries with the Year of the Pig approaching.

There will be a temporary ban expansion on pork products from six countries including China following the virus outbreak instead of only live pigs and frozen pork.

The Chinese community, however, do not have to worry about the shortage of pork delicacies as they usher in the Chinese New Year.

For starters, Malaysia does not import live pigs and frozen pork from China, where the major outbreak is.

There should also be no effect on the must-have lap mei fun (Cantonese for rice with preserved and waxed meat) as restaurants usually purchase lap cheong (Chinese sausage), yun cheong (liver sausage) and waxed pork from local producers and sources.

“With the new discovery and new development, the ministry will enlarge the ban on pork products. The DVS will be studying the risk and impact closely.

“This is to further protect our country from ASF and we are monitoring the situation very closely. Processed products are not supposed to have these viruses but somehow, they were detected, so we have to do more,” he said, adding that it was considered an immediate ban as the virus was only discovered by other countries on Christmas day.

Usually, processed pork would have been sterilised after going through the processes of steaming, cooking, boiling or being smoked.

There should also be no shortage of roasted suckling pig – a popular dish among the Chinese during celebrations and festive seasons.

Suckling pigs are usually obtained from Vietnam, which borders China. Its capital, Hanoi, is about 1,000km away from Guangdong province where some 2,000 pigs have been culled.

Sim said Vietnam was not an infected area but DVS and the ministry are monitoring it closely.

The DVS will issue a statement about the ban expansion today. It issued a statement yesterday that Malaysia did not import pork blood protein flour from China that was used to process animal feed.

This was in response to a report claiming that authorities in China discovered ASF virus in the powder in Huizhou, Guangdong.

Sim had announced the ban on importation of live pigs and frozen pork from the six countries affected with the ASF virus on Sept 7 after a meeting with stakeholders and pig farmers following the virus outbreak in early August.

“While the virus does not affect humans, authorities here are taking proactive measures to prevent the risk of ASF, which could affect pig farms here,” said Sim, adding that there were no evidence of ASF in Malaysia yet.

He said in September that Malaysia was ASF-free.

Malaysians returning to the country after visiting China and other countries are also advised not to bring home any pork products.

“We are afraid the virus may infect the pigs here one way or another. Don’t bring pork products back to Malaysia,” he said.

“We have to be extra vigilant. We will be monitoring. Airlines should also make sure that they have to sterilise their aircraft properly after each transit, which is the standard procedure anyway.

“The virus has spread in several parts of China and the risk is that it will somehow reach our soil so it is important that we guard against it,” Dr Lee said, adding that he had called for stricter measures by enforcement agencies at international airports and entry points to prevent pork products from the affected countries from being brought in.

He also said that the ASF virus could survive for up to three years.