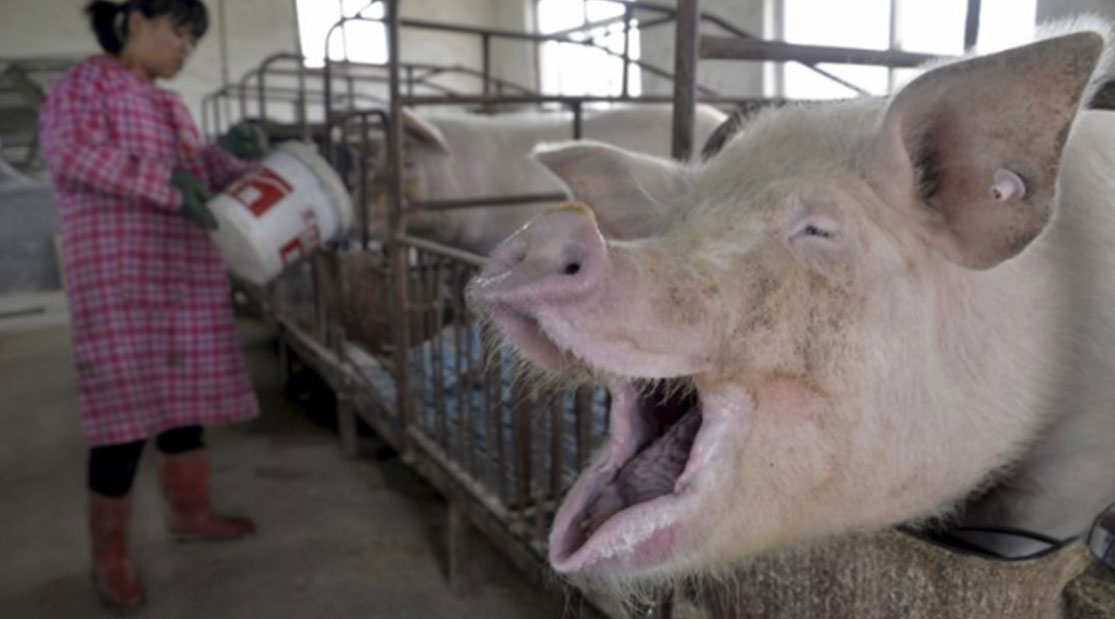 Tariffs on U.S soybeans have made meal preparation for hogs much more expensive.

China’s 400 million pigs may have to get used to a new diet in the name of national interest.

The country is considering whether to cut the amount of protein required in food for pigs, according to the state-run China Feed Industry Association, to reduce soybean purchases from abroad. The nation is facing soaring prices of meal made from the oilseed – a principal source of animal protein – after imposing a 25 percent duty on soybean imports from the U.S., its biggest supplier.

While the association didn’t attribute the proposal to the escalating trade war with the U.S., it follows earlier signs that the world’s biggest buyer of soybeans is looking for ways to reduce its reliance on America as tensions flare.

The Asian nation has turned to Brazil and buyers are discussing potential trade expansions with Argentina and India. With supplies from Brazil drying up and the U.S. typically the major seller in the fourth quarter, China’s domestic processors risk running out of the oilseed.

The state-run association has now proposed reducing the minimum requirement for crude protein levels in pig feed as well as setting a maximum level, according to a statement posted on its website. The heavier the animal, the lower the requirement would be. The group is seeking feedback before Oct. 15. Requirements for laying hens and broiler chickens may also be cut, it said.

“Protein feed has long relied on imports, which has become a bottleneck restricting the development of China’s feed industry and aquaculture industry,” the association said in its introduction to the proposal. With improving animal nutrition research, especially the development of low-protein diet preparation technology, the level of crude protein can be significantly reduced, it said.

The lower protein level will be compensated for by the addition of alternative amino acids and enzymes, according to the association. China can reduce soybean imports by more than 10 million metric tons this year with measures including using low-protein diet formulas in animal feed, the official Xinhua News Agency said in August.

China is the world’s biggest pork producer and consumer, and imports soybeans to process into meal for hogs. Domestic soybean meal prices have surged 26 percent this year on expectations of a looming shortage.