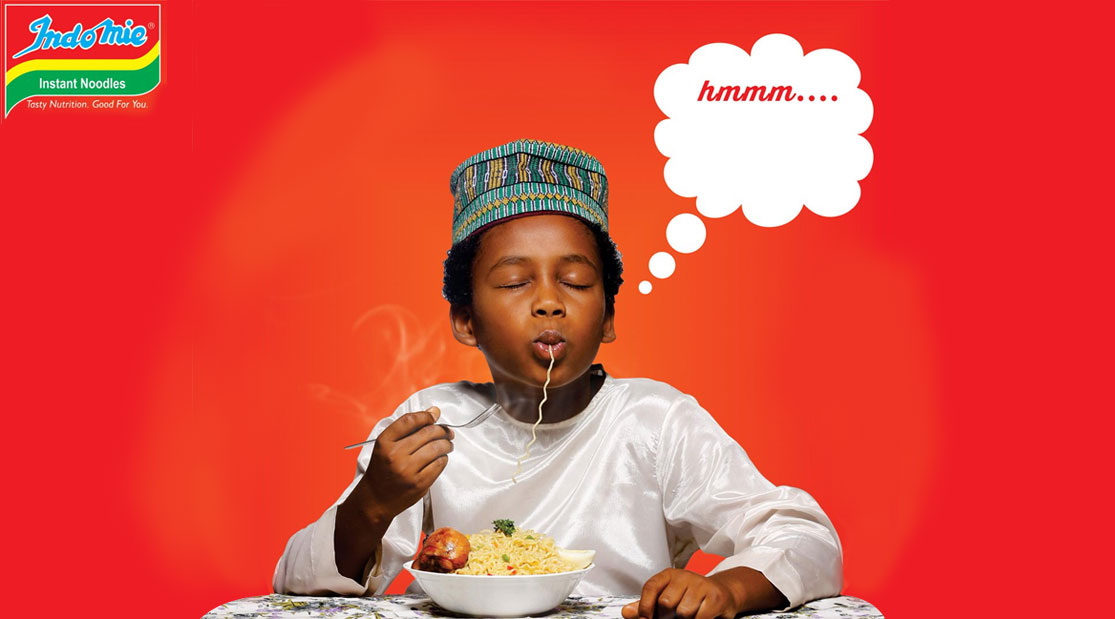 But there is a less-traditional contender within the country’s culinary landscape that is in increasingly high demand: instant noodles.

Nigeria has become the 12th largest instant noodle market in the world, where locals consume 1.76 billion servings of noodles annually.

While there are currently 16 brands battling for customers’ attention, according to the 2017 Kantar WorldPanel report, Indomie is the one that leads in Nigeria.

Indomie is an Indonesian company that entered into a partnership with Tolaram Group in Nigeria.

The humble instant noodle was introduced to the West African country in 1988 through export, and in 1995 the company opened its first production factory in the country.

Today, the brand has become the noodle of choice for many Nigerians.

While the company’s three factories in Nigeria in Ogun State, Port Harcourt and Kaduna produce 8 million packets of noodles daily, Tolaram Group said its northern factory is the largest and most advanced.

“We believe that as technology is developing, we need to put all of the latest technology (in our) plants,” said Pawan Sharma, the CEO of Tolaram Group.

Although the northern region is densely populated, Sharma said noodle consumption in the area is lower than in southern cities.

A fact, he said, that may be attributed to financial means since each packet of Indomie sells for 54 Naira (15 cents).

“In Nigeria, the overall per capita consumption is around 1.7 kg. If we split in south and north, south will be somewhere 2.2 kg and north will be 1 kg,” Sharma said.

“Awareness is going up. The only difference is affordability. In northern Nigeria, the people can’t afford it. So most of the people go for products like spaghetti or curry or the traditional food.”

Beyond just a snack

In order to produce the instant noodle, Tolaram Group has to import raw materials such as wheat and palm oil to meet the demand.

Sharma said the company needs 500,000 tons of wheat annually, which is eight times more than the amount of wheat Nigeria produced between 2016 – 2017.

At the moment, Indomie accounts for 74% of Nigeria’s market.

In the hopes of making sure Indomie’s reach is vast, Sharma wants the noodles to someday become more than just a snack.

“I want to make it the main meal with products like this so that it becomes the center of the table,” he said.