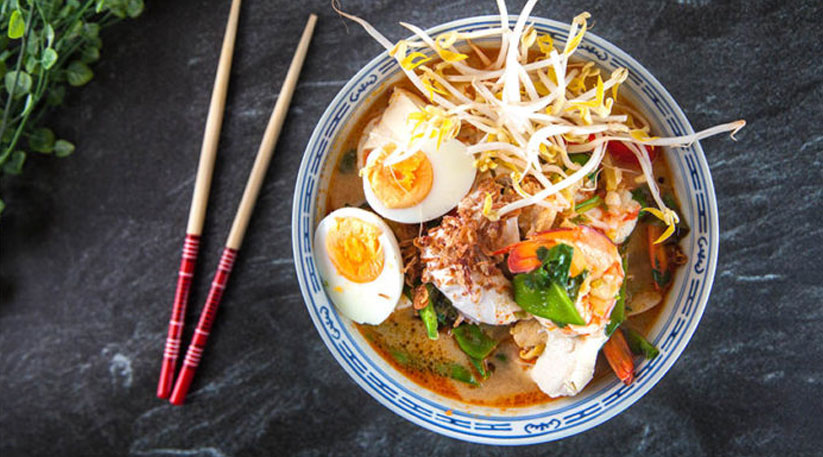 To celebrate some of the most mouth-watering foodie experiences around the world, Lonely Planet has ranked 500 delicious dishes based on their taste, cultural importance, and the atmosphere of the location. From sampling Pintxos in picturesque San Sebastián to devouring a Margherita made by the world’s best pizza chefs, here are the top 10 foods to try from the Lonely Planet’s Ultimate Eatlist.

Plates of pintxos are often piled high at Bar Gandarias, one of the most popular bars in San Sebastian. “To get the full pintxos and San Sebastián experience, have a lazy day in the city and surrounds, take an afternoon nap, and then head out around 9pm,” say the experts at Lonely Planet.

The spicy curried soup is traditionally made with rice noodles, bean sprouts and prawns, chicken & tofu. It can be found at the vibrant street restaurants located in the heart of Kuala Lumpur.

For the best sushi in town, head to a counter restaurant in Tokyo’s Ginza district, or the Tsukiji Central Fish Market.

There are no shortage of barbecue restaurants in Texas, but Franklin Barbecue, one of the newer establishments, is said to have built a “cult following” since it opened in 2009.

Thailand’s famous salad, made from shredded papaya topped with a sweet and sour dressing, can be found throughout southeast Asia. In Bangkok, tucking in to Som Tum on the street is a “rite of passage” for any tourist.

These open rye-bread sandwiches can be enjoyed with a variety of toppings, from eggs, smoked salmon to roast beef and shrimps. Lonely Planet recommends Copenhagen’s Hallernes Smørrebrød for well-priced snacks and beers.

For seafood lovers, no visit to Kaikoura – a coastal town on the South Island – would be complete without sampling the local catch of the day, crayfish.

This traditional rice-based dish is topped with vegetables, meat or seafood and an egg. It’s an old favourite when it comes to casual dining in South Korea.

Thanks to the quality of the ingredients and the traditional cooking methods, there’s no better place to enjoy this classic pizza than in the home of the margherita. When it comes to finding the best, these are just some of the contenders.