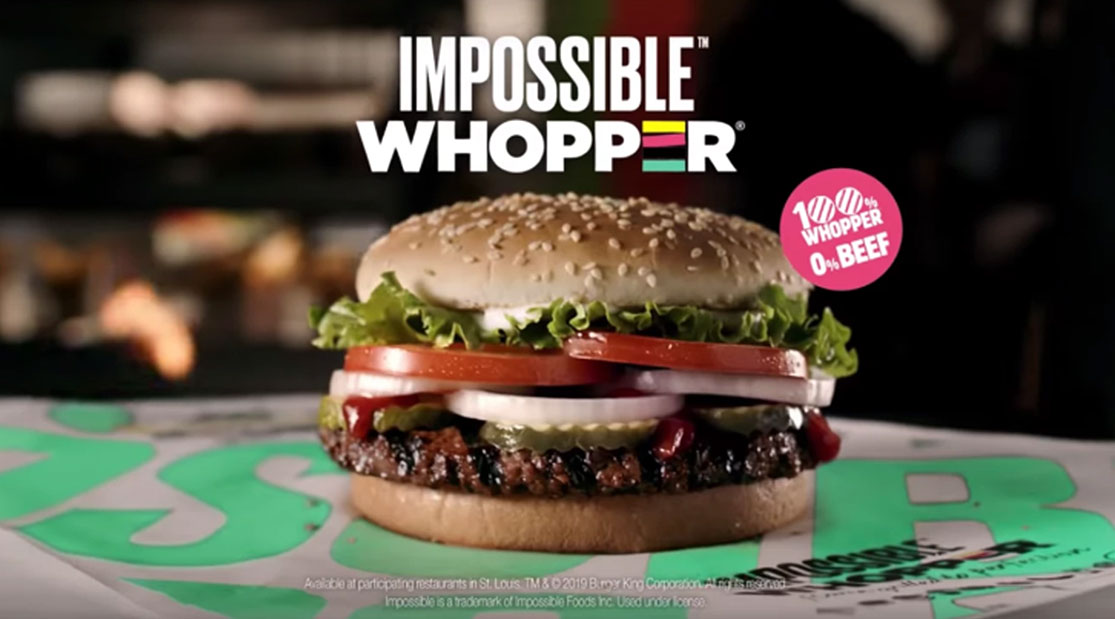 After being crowned by Burger King as the first meat replacement patty to roll out nationally with one of the largest fast food chains, Impossible Foods has raised $300 million in capital.

The financing brings the company’s total equity raise to $750 million — and provides a sizable pool of funds to draw from as it continues to compete with its newly publicly traded rival, Beyond Meat.

Both companies are looking to provide plant-based replacements for animal proteins, but while Beyond Meat has focused on consumers in the grocery store, Impossible Foods has focused on restaurants and business-to-business sales.

That focus paid off earlier this year with the announcement of the Impossible Whopper, and its subsequent nationwide rollout only a month later.

The Impossible Burger is now sold in more than 7,000 restaurants in the U.S. and Europe and has been a top-selling item and a driver of new foot traffic, according to the company. However, since it’s actually driving new foot traffic to restaurants, the product’s impact as a meat replacement is arguable. There’s no data from the company on whether people are actually buying less meat, or whether new customers are entering stores.

Investors don’t seem to mind. And given the success of Beyond Meat’s public offering earlier this year, Impossible Foods  has a benchmark it can reference to illustrate the appetite institutional investors have for meat replacement companies.

Indeed, even corporate America has taken notice, with Tyson Foods hatching plans to bring its own meat replacement product to market in the coming years.

The presence of Impossible Foods’ Asian investors point to the hunger for protein replacements on the continent where the quality of meat is an issue and rising demand is putting increasing pressure on companies looking to feed the continent’s newly wealthy consumers more high-quality protein.

There’s a compelling reason to hope that both companies succeed in their mission to reduce demand for animal protein around the world. Animal husbandry and industrial farming contribute heavily to rising greenhouse gas emissions (which is kind of a huge problem).

And it seems that the strategy is working in Asia. Sales across the continent are rising, according to the company, in restaurants across Hong Kong, Singapore and Macau.