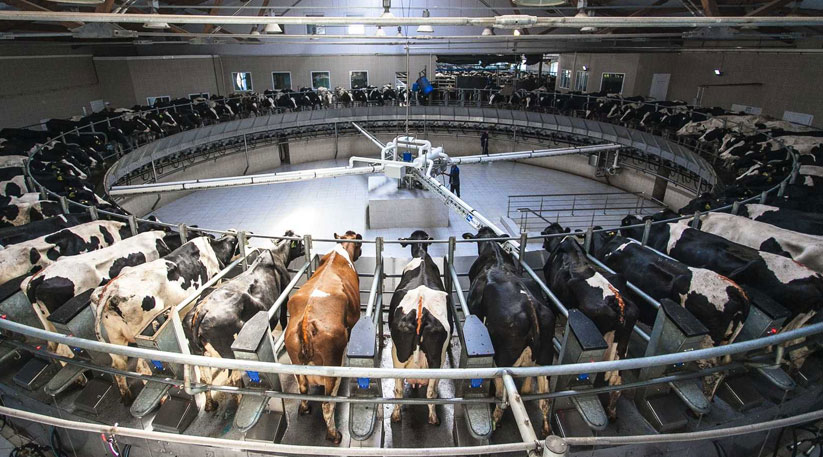 China’s DRex Food Group has signed various agreements with Belarus in December, including to invest US$400m in dairy farms and a milk processing plant.

China’s DRex Food Group Co. Ltd. has signed an agreement to invest US$400m in dairy farms and a milk processing plant in the Vitebsk region of Belarus, near the border with Russia.

This comes after various other food industry agreements signed in a busy December for the group.

This latest deal was agreed between Dai Shiwei, president of DRex Food Group and Nikolai Sherstnev, governor of Vitebsk Oblast.

Sherstnev told the media that construction will begin this year and be complete within two years.

“We want to build completely new dairy farms and fit them out with cutting-edge equipment. These will be the most advanced and promising dairy farms of the 21st century,”​ said Sherstnev.

According to the agreement, the initial phase will see the construction of a farm for 20,000 cattle. It is expected to grow to about 50,000 in the future.

According to the governor, in the new facility, DRex will produce both its own goods as well as for Belarus companies. This Foreign Direct Investment (FDI) brings the opportunity for Vitebsk-based companies to diversify exports of dairy products to China.

“Through the Chinese corporation we will be able to branch out into the dairy market of that country. China is a huge market. It is necessary to form partnerships, determine competitive prices and work,” ​he said.

China’s huge market is attractive to Belarusian manufacturers, who have had some difficulty with Russia in recent times.

Other food agreements signed in December​

DRex Food Group recently signed an agreement with Belarus’ Meat Dairy Company to import 1,000 tonnes of beef and 1,000 tonnes of poultry to China. Belarus is the first former Soviet Republic to supply beef to China.

The companies will also set up a joint venture to promote Belarusian-made food products in China.

“A Belarus-China trading house will be registered in the Shanghai free trade zone. It will promote a wide range of Belarusian food products in China,”​ said Aleksei Bogdanov, head of the main department for foreign economic affairs of the Agriculture and Food Ministry of Belarus.

Earlier in December, at a cultural fair by the Belarus embassy in China and the visit of Belarus’ Minister of Agriculture and Food, Leonid Zayats, agreements worth a total of US$58 million were signed to supply Belarusian agricultural products to China.

Then, DRex Food Group also sealed a deal to import US$50.8 million worth of Belarusian-made dried milk products.

DRex Food Group has businesses in different food segments. In dairy, it claims to be number one in milk yield in central China. Its products include pasteurised yoghurt, milk, UHT milk, UHT yoghurt and flavoured yoghurt.