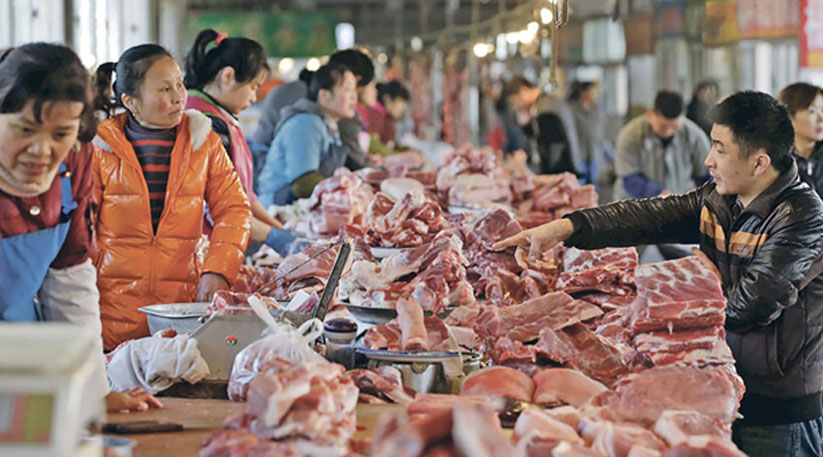 ISLAMABAD: Leader of a Chinese delegation Zhu Maa has shown interest in investing in Halal meat industry in Pakistan and exporting it to China and Middle Eastern countries.

Mr Zhu said this during a meeting with Minister for States & Frontier Regions and Narcotics Control Shehryar Khan Afridi.

According to a statement issued by the ministry on Sunday, the delegation from Sichuan Province has also a number of Muslims.

“I have visited Pakistan around half a dozen times and each time it was a great experience. People of both countries are very friendly. There is a need to project opportunities for investment in Pakistan to Chinese people,” he said.

The minister said that the Belt and Road Initiative (BRI) has created opportunities for the underdeveloped countries to rise like China.

“Chinese President Xi Jinping’s vision will benefit the underdeveloped countries to join the world and they will rise with help from BRI,” he said.

Mr Afridi said the PTI government had launched a reforms process in Pakistan so it could be open for foreign investors.

“China and its people live in our hearts. Chinese people stood for Pakistan since day one. It gives me immense delight that I am meeting Muslims of China who believe in one God and faith.”

He said that China’s unprecedented rise reflects that a strong nation can get all parts of the country along and this is how President Xi has done wonders with his poverty alleviation campaign.

“We salute and cherish the way the Chinese government has got 800 million people out of poverty. Today China is an inspiration for the entire globe,” he added.

The minister said that Pakistan provided firm support to China during Ping Pong diplomacy and helped it become a permanent member of the United Nations Security Council and it (Pakistan) is still with China when it has become a great world leader.

“It is unfortunate that Pakistan’s image has been replicated negatively. I hope after watching Pakistan closely you would become ambassadors of Pakistan and tell Chinese nation how peaceful and loving Pakistanis are,” he said.

Mr Afridi said that due to Chairman Mao Zedong leadership and Deng Xiaopeng’s reform agenda, China has become one of the greatest economic giants of the world.

“Entrepreneurship is the way of Sunnah of Holy prophets. Pakistan is blessed with all resources. We have all seasons and we are blessed with our youths and we have rich mineral resources and fertile lands. Return on investment is much higher in Pakistan in the entire region and our government has opened Pakistan for international investors to come and invest here,” he said.

The minister said that Pakistan has rich resources of religious tourism and it has most out of 14 top mountains.

“Kohat is oil and gas producing district in Khyber Pakhtunkhwa province. Our manpower is doing wonders across the globe. One-window service for foreign investors has been introduced and the World Bank has declared Pakistan top country in Asia in Ease of Doing Business policy,” he said.

“Every single penny you invest here will be taken care of by Pakistan government. More people in Pakistan are now learning Chinese and inter-marriages are taking place,” the minister said.