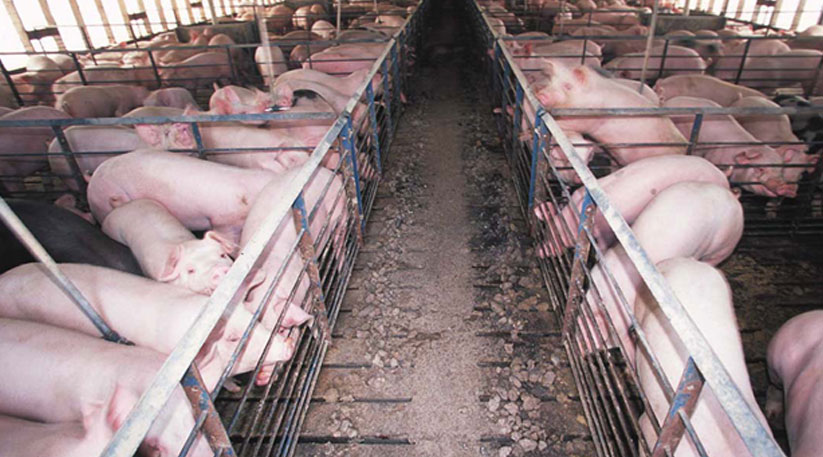 The increasing price of pork is driving China to dig into its strategic frozen reserves of the meat this month, prepping for a slew of upcoming holidays, which include a fall festival where families gather for a reunion feast. Pork is China’s most consumed meat.

Since 2018, Chinese farmers have been carrying out massive slaughter of herds to prevent the spread of African Swine Fever, a disease that is lethal to pigs but does no harm to humans. The current outbreak was first detected in a herd in China last August, according to the UN Food and Agricultural Organization. China says its pig herd shrank by a third in July, according to Reuters. As a result prices have risen to worrying levels—food price data from China on Tuesday (Sept. 10) showed pork prices rose 47% in August, after rising 27% in July.

Prices are currently about 30 to 33 yuan a kilogram ($4.2 to $4.6). A Chinese meat industry association estimates pork production could drop as much as 20% this year, or about 10 million metric tons.

It’s hardly possible to overstate the importance of pork to meals in China, where per capita consumption of pork was roughly 30 kilos per capita in 2017, consumed as stuffing in dumplings, on noodles and in soups, or as ribs. After particularly severe price crises in 2007 and 2008, again due to an outbreak of disease, China set up frozen reserves of pork a little over a decade ago, and also has reserves of live hogs.

China’s government is clearly perturbed—top officials have spoken about the price rise and the government has announced subsidies for setting up new farms, removed tolls for the transport of live pigs and frozen pork until June next year, and urged lenders to finance pig farming endeavors. Several provinces and cities have announced plans to tap reserves—the southern city of Guangzhou will release 1600 metric tons (1763 tons) (link in Chinese) of frozen pork this month at a discounted price to supermarkets and school cafeterias.

While farmers in the US have been wanting to sell more pork to China, the trade war has raised tariffs to 62% on US pork products. Instead, China is turning to Brazil and Spain, one of the world’s top pork exporters, to add to its supply.

The epidemic has been disastrous for many farmers. Among the farms destroyed by the swine flu outbreaks was a venture backed by provincial Chinese governments and Denmark’s sovereign wealth fund, that was meant to showcase advanced Danish rearing techniques, business news publication Caixin reported earlier this year. After some animals caught the disease, the rest of the farm’s 73,000 pigs were slaughtered.

Other parts of Asia have also seen outbreaks, with 4.5 million pigs culled in Vietnam since February this year, according to the UN Food and Agriculture Organization.