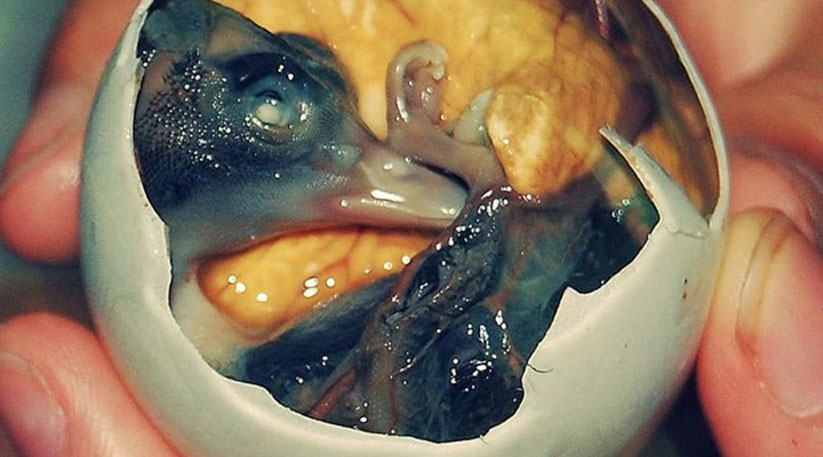 The Asian Region is known for our medley of iconic and tantalizing street food. From Thailand’s chocolate and banana pancake to Malaysia’s Satay, Asia has so much to offer for every flavor preferences. But one thing that stands out is Philippine’s Balut.

Translating to “wrap” in Tagalog and Malay, Balut is a partially developed bird embryo — typically a duck — that is incubated for anywhere from 14 to 21 days before it’s boiled (or steamed) and eaten. At around 188 calories each, with approximately 14 grams of protein, this delicacy is a staple at roadside markets in Southeast Asia.

To anyone with a more “conservative” palate, the idea of eating a fertilized egg with an itty-bitty developing duck inside can seem a bit odd. But Balut is widely considered as a delicacy among Asian street food and is a celebrated staple in countries like Vietnam and the Philippines. It’s also purported to be an aphrodisiac. One can only think how in the world Balut got its start and what do those native to the area think of it?

It all starts with the Chinese. Balut was first introduced to the Philippines in 1885 where it quickly became a cheap and easy snack for laborers. From there Filipino immigrants took balut with them wherever they emigrated, and it caught on in countries like Laos, Cambodia, Vietnam and Thailand.

Balut in an egg-shell

In the Philippines Balut is everywhere. It’s often eaten as a late-night snack. Street food vendors hawking the stuff open as the sun goes down, and it’s common to hear them shouting out “Baluuut” to those walking by.

With such an unusual dish comes a fair amount of controversy. For example, those who practice Islam are forbidden from eating Balut as it “comes under the heading of eating maytah (something that has died without being slaughtered properly).” Additionally, in countries like Canada, Balut is considered a health risk, as “incubators are conducive to the potential growth of salmonella,” though the same thing can be said about eating cookie dough or even eggs Benedict.

However, like most controversial foods, the stigma surrounding Balut is one that should be taken with a grain of salt.

“I mean the dish can be daunting to try,” says food and travel host and journalist Kristie Hang via email. She’s a self-described Balut fan who’s eaten the fertilized duck egg at home and on the side of the road in various places all over Asia. “But every culture has their own so-called ‘weird’ dish that is an acquired taste for many. Scots have Haggis, Swedes have Surströmming, the Malays have Durian, Taiwanese have stinky tofu and Japanese have Natto.”

How Does One Eat Balut?

So, how does one eat Balut and — more importantly — what does it taste like? Hang suggests that all you really need is a pinch of salt, and a couple of herbs.

Balut is prepared sort of like a hard-boiled egg. The fertilized egg is cooked in boiling water for about 20 to 30 minutes, and you eat it while it’s still warm.

If you want to eat it like a typical Filipino, you crack the shell of the egg and peel a small hole in the embryo’s membrane. Then sip the warm amniotic fluid. Finally, season the goods inside — the yolk and bird embryo — with salt and vinegar, and peel and eat.

Hang explains that there’s really no right or wrong way to eat Balut and says she knows plenty of people who eat it with chili paste or vinegar. The only thing you really want to avoid is Balut that’s too old — as in the embryo inside is too old so it’s basically a duck. That, she says, can taste “life-ruining.”

Incubation timing is key for balut, and 17 days of incubation is the sweet spot. Eggs that age less than that should be boneless, taste like chicken (of course) and have a smooth texture (like mousse as Hang says). Balut that age longer could have beaks, bones and even feathers, which are all still edible. And in the Philippines they believe the more developed a fetus you can eat, the manlier you are.

Making balut yourself takes a lot of preparation and a strong stomach, but like most fine dishes, it all starts with an egg. This helpful guide should shed some light on the proper way to prepare balut (though we suggest you buy it from a trusted vendor instead).