Food fraud: 6 of the most commonly faked products and how to avoid them 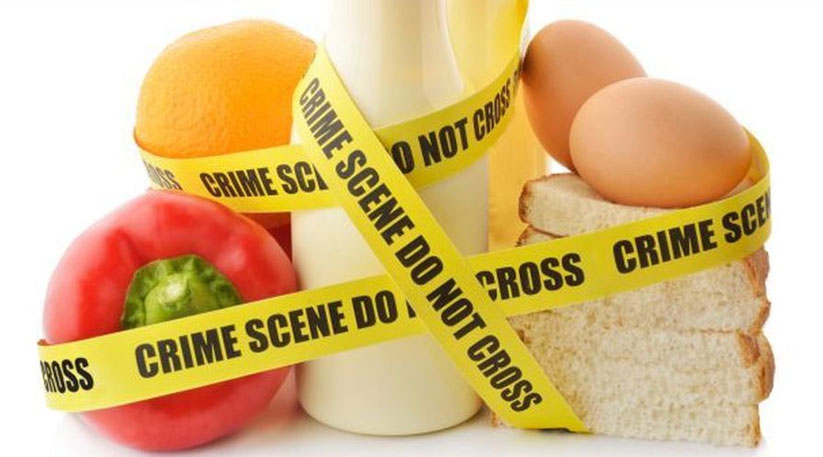 If you’re a smart shopper you may always be on the lookout for counterfeit bags, shoes and watches when heading to the mall. But what about having to watch out for fraud in the grocery store?

Whether it’s fake fish, adulterated olive oil or diluted coffee beans, 40 per cent of Canadians surveyed said they believe they have fallen victim to food fraud.

“Food fraud has always been around but we have just started to look more proactively,” Sylvain Charlebois, a food industry expert at Dalhousie University said.

He said companies and individuals have “economic motivations” to sell counterfeit food as there is a lack of traceability, especially when it comes to liquid and powder products, like oils and spices.

But there is good news; there are ways to sift through the fake and find the authentic foods. Here is a list of the top fake foods and how to spot them.

Olive oil isn’t the worst type of food fraud out there, but it’s an easy one to figure out, according to fake food expert Larry Olmsted.

Olive oil can be tampered with in many ways, such as diluting the real thing with less expensive oils (like soybean or sunflower) or diluting high-quality olive oil with low quality.

One reason the oil is faked is that it’s bottled before you use it and it’s hard to trace its origins. For example, if the olive oil bottle reads, “bottled in Italy” or “produced in Italy” this could mean it was only bottled there — not made.

If you’re hoping to get authentic Italian olive oil, make sure the label reads “made in Italy,” Olmsted said.

Olmsted said good quality olive oil usually comes from Australia, Chile and the United States. This is because these countries have stricter rules for what constitutes extra-virgin olive oil.

“They are more selective,” he said.

A 2016 Bloomberg News investigation found that some Parmesan cheese had wood pulp in it.

The additive is apparently used to prevent clumping, something that can also be avoided with potato starch, according to food scientist Mark Johnson of the Center for Dairy Research in Wisconsin.

Wood pulp is actually considered safe for consumption in certain quantities, he said. However, “there may be a temptation to [use] more than necessary.” That’s because wood pulp is cheaper than cheese, so some companies may use more to undercut their competition, he added.

If you’re hoping to buy authentic Parmesan cheese (without the wood pulp), Olmsted recommends looking for the full name “Parmigiano-Reggiano” and make sure it reads, “made in Italy.”

“Seafood is the single most problematic category for fake food,” Olmsted said. And if you think you can avoid the fake fish by eating at an upscale restaurant, think again.

“If you order red snapper fillet and get another type of fish you probably will have no idea,” he said. “People don’t know what certain fish looks like.” This is especially true if the fish isn’t served whole and is in the form of a “bisque,” he said.

The best strategy for getting real fish is to try to buy it as close to its “natural form” as possible, Olmsted said.

Honey is consistently in the Top 10 list for food fraud, according to Olmsted. And this is because it’s one of the most expensive forms of sugar and it’s easy to adulterate.

It can be diluted with high-fructose corn syrup, cane sugar and beet sugar. Olmstead said to also be careful when buying honey from China as the country has a history of adulteration.

“Several times over the years the FDA temporarily suspended honey from China because of this. But the country will then ship it to Singapore, and then ship it here.”

If you want to avoid the fake honey, Olmsted suggests buying locally.

Coffee is another food fraud contender. Coffee beans and ground coffee can be adulterated with twigs, stone, barley, and corn husks to increase the apparent weight, according to Food Fraud Advisors.

But if you want to avoid the adulterated beans, buy whole beans and grind them at home.

The best way to avoid fake saffron is to buy the spice in whole threads, which is more difficult to fake.